As an Amazon Associate and member of other affiliate programs, I earn from qualifying purchases.
325shares

Elmira was the third stop in our Finger Lakes adventure tour. Don’t forget to read about Corning and Watkins Glen, too!

We’re so lucky that we got to experience three totally unique Finger Lakes destinations: Corning was perfect for a stroll and a brew, Watkins Glen was a lovers’ paradise, and Elmira? It’s the place to be if you’re an arts and culture lover.

But before we explored our artistic and literary sides, we got a unique glimpse of the entire area — in a sailplane! Our first stop in Elmira was to the National Soaring Museum at Harris Hill, where we took turns sailing 4,000 feet above Chemung Valley. 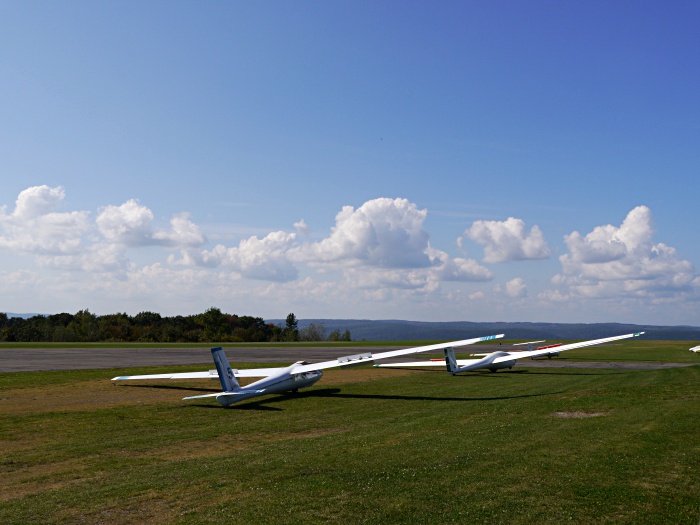 Much like with hang gliding, the craft you ride in is towed behind a bigger plane with a motor, then released once the right altitude is reached. A pilot steers the plane while the passenger (you!) gets to just sit back and enjoy the views. Below, Liz is in the white plane getting ready to take off! 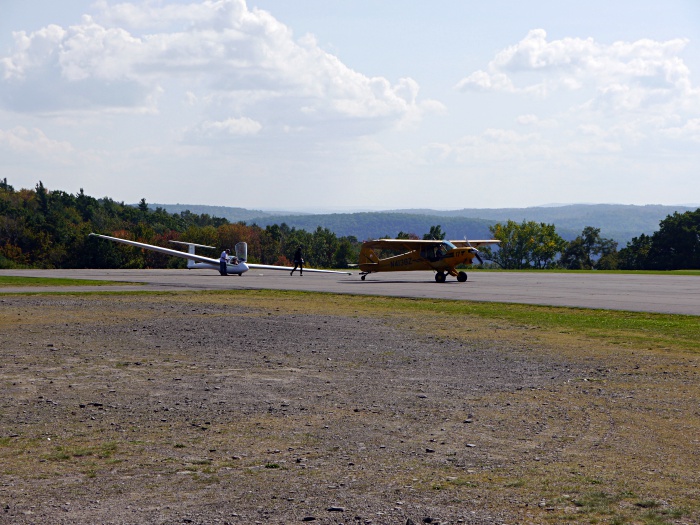 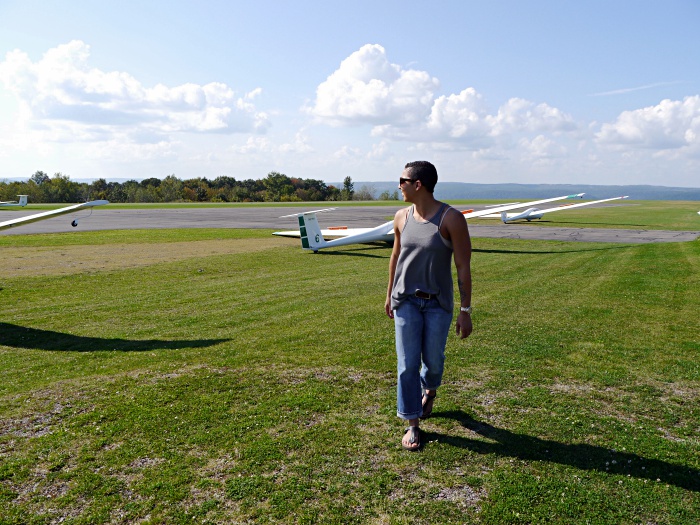 After our sailplane rides, we went inside to explore the National Soaring Museum and learn about the history of soaring. It was fascinating seeing some of the first sailplane models — while they have the same general shape of today’s sailplanes, they looked terribly uncomfortable because of their limited room for the pilot! 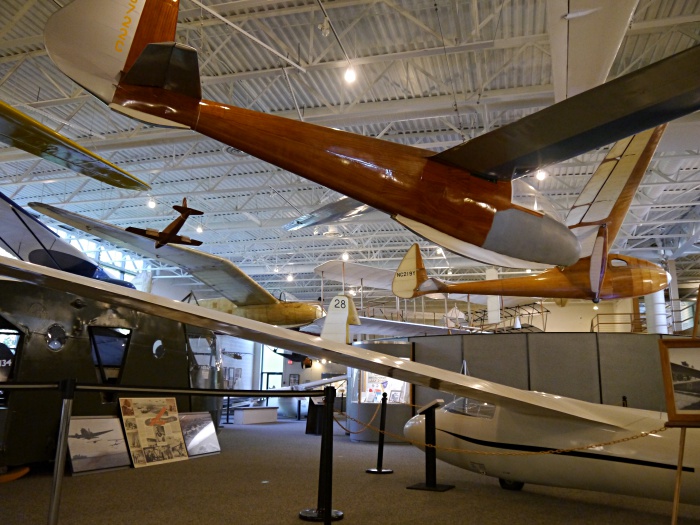 Next we did something that any literary buff would be thrilled by: we visited the Mark Twain Study, located on the campus of Elmira College. 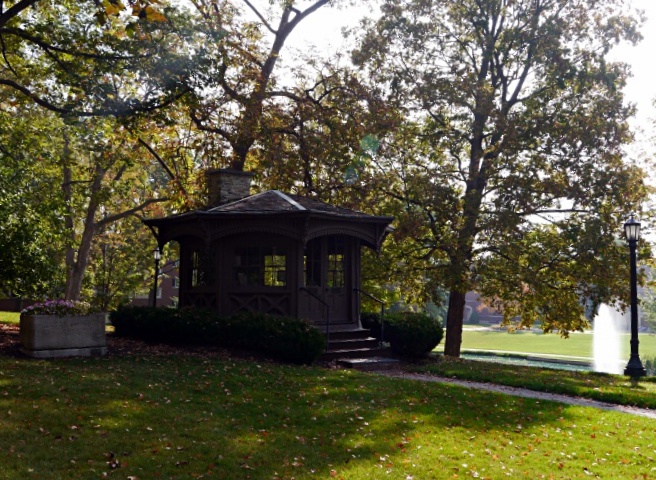 This little octagonal building was built in 1874 for Mark Twain — or Samuel Clemens — to use for writing. The study was originally located on his in-laws’ family farm where he spent summers, but was relocated in 1952 to the Elmira College campus, allowing more people to visit and appreciate it. 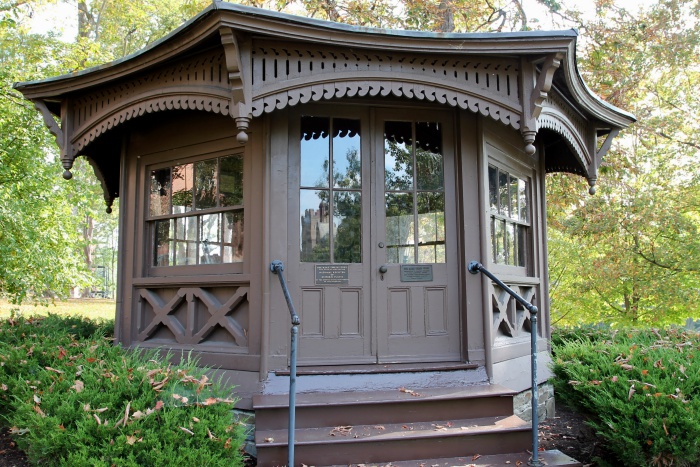 The study isn’t heated or cooled, but has windows all around and a fireplace that would certainly keep things toasty if need be.

Oh, and a little tidbit for all you cat enthusiasts out there: Mark Twain was one too, so there’s a little door on one side of the study that allowed his cats to come and go as they pleased! 🙂 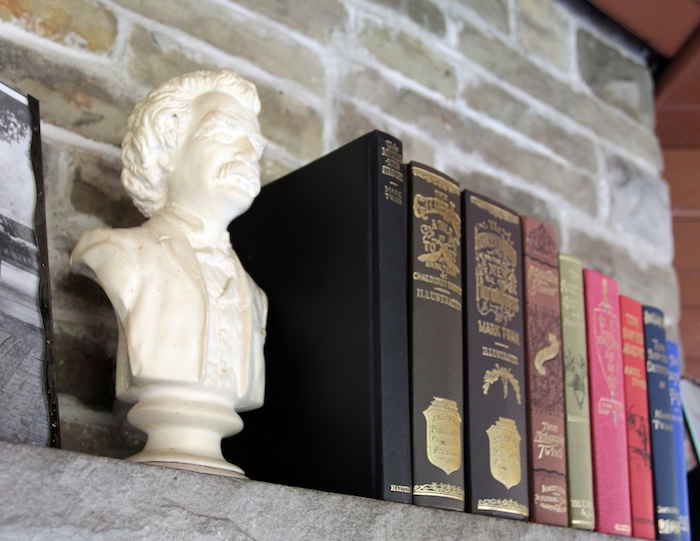 A nearby campus building houses the Center for Mark Twain studies, including a small exhibit where you can watch a brief video about Samuel Clemens’ life and view some of his possessions. 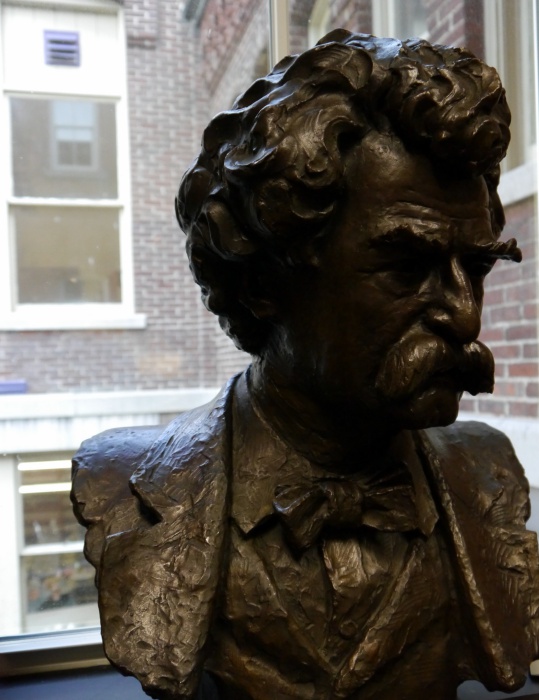 Below are some enlarged excerpts from Twain’s “A True Story, Repeated Word for Word as I Heard It,” which is told from the perspective of an enslaved black mother called Aunt Rachel. You can read the full story at NPR. 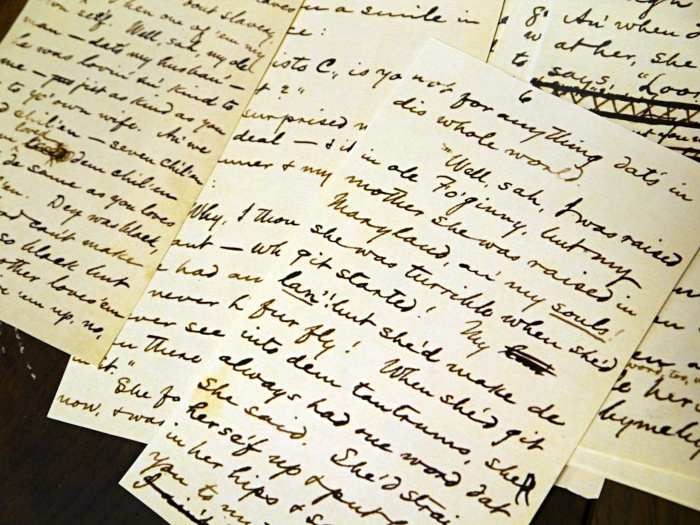 To conclude our time in Elmira, we spent some time at the Arnot Art Museum. The museum was created to preserve the collection of its namesake, Matthias H. Arnot, and to collect and exhibit representational art to honor Arnot’s favored art style.

This museum is simply stunning. Below is the first gallery we saw, with European art from the 17th to 19th centuries. 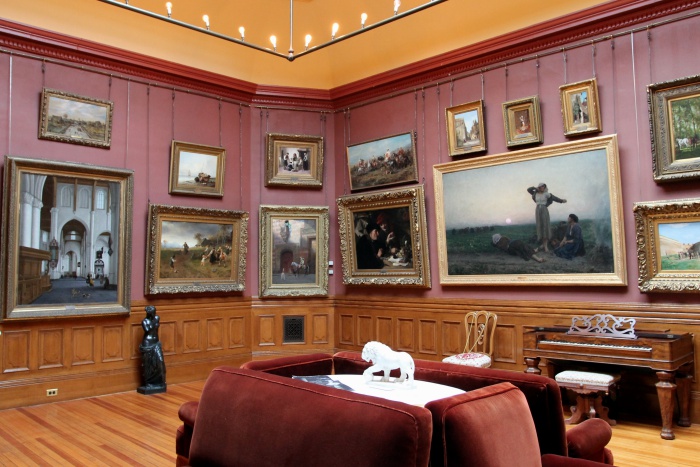 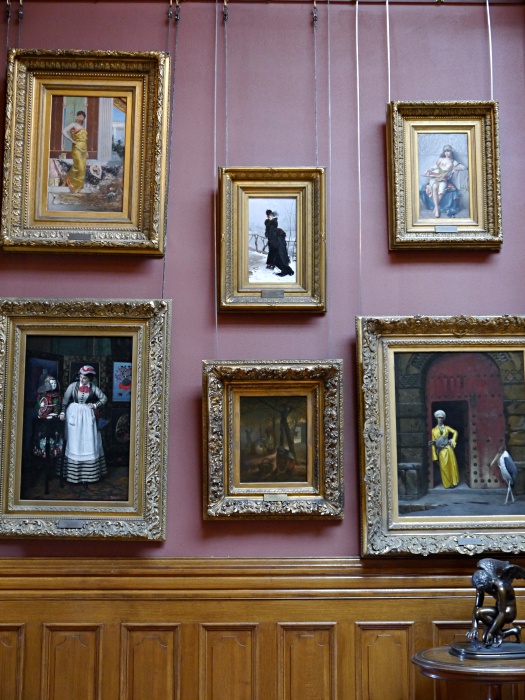 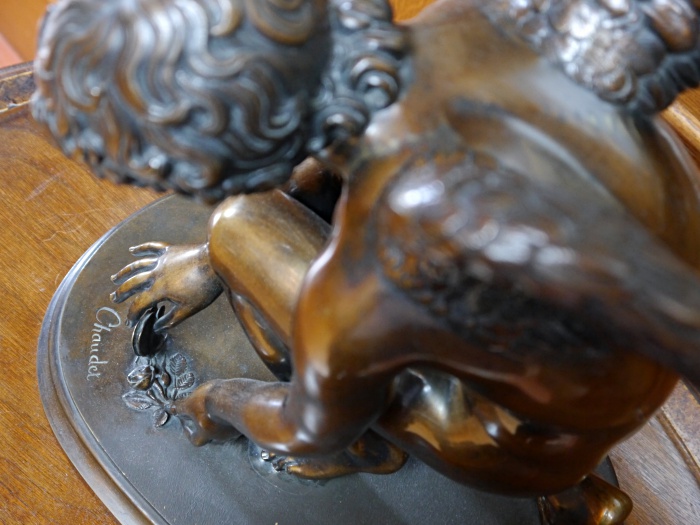 But my favorite part of the Arnot Art Museum were the galleries of newer American art, which are housed, fittingly, in a new addition to the museum. 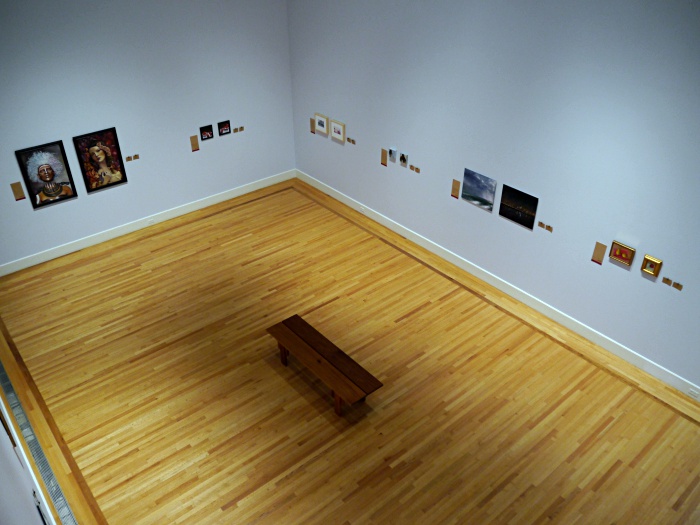 Below are two beautifully moody pieces by local Elmira artist Debb Vandelinder that captured my attention. They are created with a technique called scanography, which I had never heard of but now I’m obsessed with. 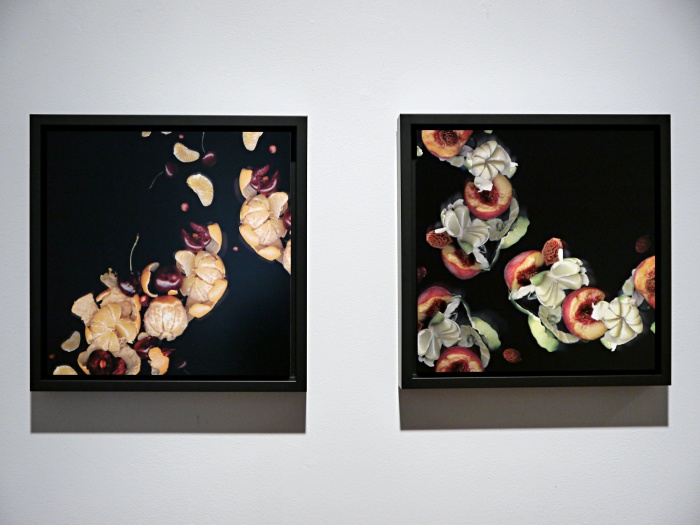 “Falling in Love” and “Opposites Attract” by Debb Vandelinder

If you’re an art lover or literature buff visiting the Finger Lakes, Elmira is a must-see for you! For more visitors’ information about Elmira, visit the Mark Twain Country website. 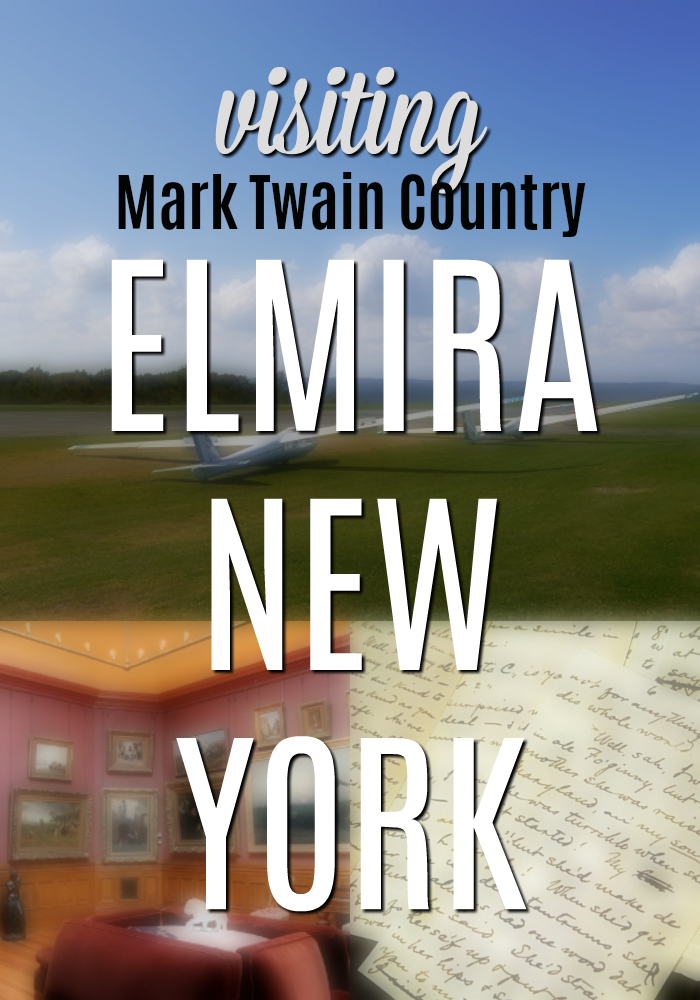