As an Amazon Associate and member of other affiliate programs, I earn from qualifying purchases.
122shares

Here’s a sampling of what we thought was the best of Netflix lately. One made us cringe, one made us want to cook, and one made us contemplate life!

We know it’s old news at this point, but we recently started watching Arrested Development from the beginning of the first season. We love watching Michael Bluth (Jason Bateman) try to deal with his totally dysfunctional, totally nutballs family and cringing while George Michael Bluth (Michael Cera) tries not to be awkward while awkwardly being in love with his cousin Maeby.

This Netflix original documentary series profiles a different successful chef in each of six episodes. We learn about what motivates and drives each chef, what their culinary style is, and what their path to success has been. These chefs are based all across the globe, from populous Los Angeles all the way to a very remote part of Patagonia. Definitely check this out if you love food.

Contemplate: Hector and the Search for Happiness (movie) 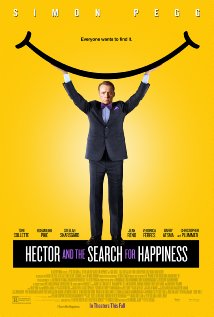 This touching yet funny film follows a bored and unhappy psychiatrist called Hector (Simon Pegg) as he leaves his normal life to travel the world and figure out what exactly happiness is. It’s exciting and charming, and at our house, it actually provoked some heartfelt conversations about life.

Have you watched Arrested Development, Chef’s Table, or Hector and the Search for Happiness? What did you think?

P.S. Season 12 of Grey’s Anatomy is premiering on September 24th. Are you all caught up on the previous seasons? If not, get to it!