As an Amazon Associate and member of other affiliate programs, I earn from qualifying purchases.
146shares

I’ll admit right off the bat that I am not your typical gamer. When I’m looking for entertainment, I’m much more likely to look up a YouTube video or a show on Netflix than I am to reach for a video game.

But there is one specific type of video game that can keep my attention, and that is the puzzle game. I’ve been playing puzzle games since I was just a kid, from PC games like The Logical Journey of the Zoombinis and the Nancy Drew game series, to Pokemon on Nintendo DS (yes, believe it or not, Pokemon is primarily a puzzle game, not a battle game).

So when I started playing Dark Parables: Queen of Sands and realized it was a puzzle game, I was thrilled!

The game opens with a brief video storytelling intro with a unique and eyecatching animation style that reminds me somewhat of a pop-up book. In the game, you play as a detective who has arrived in the French village of Montafleur to investigate some strange happenings around town. 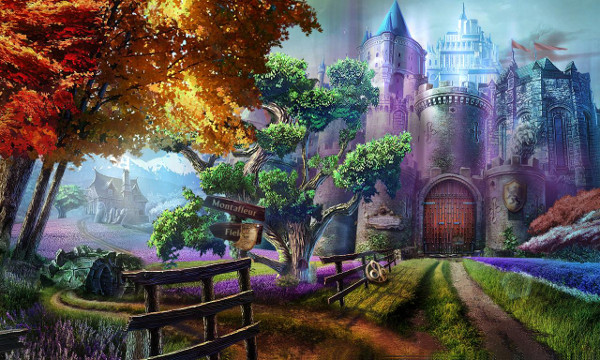 The castle shrouded by the mysterious mist is the village of Montafleur.

This post is brought to you by Big Fish Games.

You can choose the level of difficulty that suits your needs – I started by playing on the easiest level, and when I didn’t find it challenging enough after a couple of puzzles, increased the difficulty to the next level up. Because the easiest level gives so many tips and clues, I think this game could even be appropriate for kids in elementary school. You can also save multiple games if you have varying ages and skill levels in your family. Definitely a family-friendly game!

As you progress through the game, there are two main kinds of puzzles. One is kind of like an “eye spy”, where you are viewing a scene full of small components, some of which you need to collect to form an inventory item that you will use later. 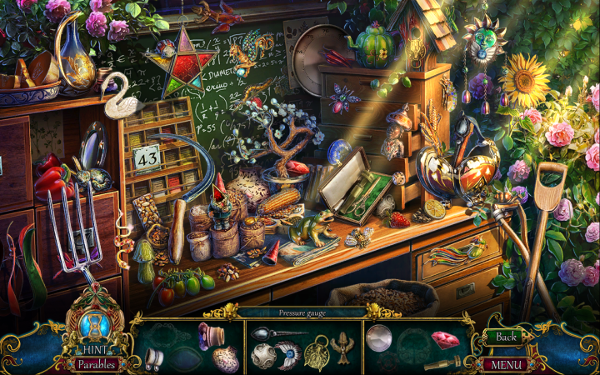 Example of the “eye spy” type of puzzle.

The second type of puzzle is more of a skill-based puzzle, and varies from task to task. My favorite puzzle of this type was one where I was playing as a beetle and had to plant pumpkin seeds by pushing them into designated holes, and could only push, not pull. In the screenshot below I had already planted most of the pumpkin seeds. 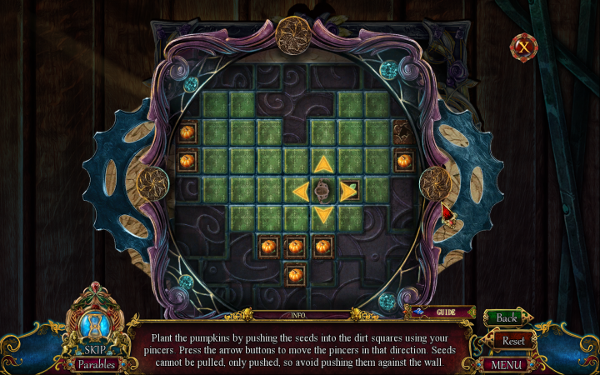 An example of a skill-based puzzle.

Although I haven’t finished this game yet, Dark Parables: Queen of Sands is definitely one that I would recommend if you enjoy following clues and solving puzzles.

This is not a stressful game where your (digital) life is on the line, so it could be a fun way to unwind at night after work, while still keeping your brain active. And if you and your family enjoy playing games together, this is a great option because of the customizable difficulty settings and ability to save multiple games.

Dark Parables: Queen of Sands is available at Big Fish Games for both PC and Mac, and you can even play it for one hour completely free to see if you’d like to purchase the full version. For more from Big Fish Games, check them out on Facebook, Twitter @bigfishgames, and Pinterest!

What kind of video games do you prefer? Are you a puzzler like me?