I’m betting most of us know at least one person (or several) who are huge Disney fans. Whether they’re memorabilia collectors, film buffs, or constant theme park visitors, there’s no mistaking their devotion to all things Disney.

Maybe that person is you! Well…..

The perfect holiday gift for Disney fans is a D23 Membership!

D23 – the official Disney fan club was named D23 as an homage to the 1923 opening of Walt Disney’s Hollywood studio, and through D23, fans can connect to the magical world of Disney in unprecedented ways.

Gold Membership ($74.99) includes the Disney “twenty-three” quarterly publication, and everything within the Silver Membership (below).

The collectible magazine is full of spectacular photos, illustrations and insider news and the pages are thick and glossy. It’s also a little larger than standard magazines, so it would look really pretty on a coffee table.

(I suspect that many Disney fans think the magazine alone is worth the entire membership.) 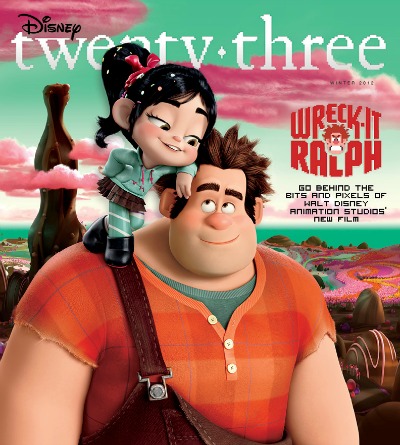 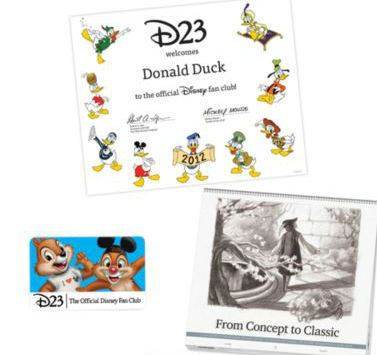 Discounts: Reduced-price tickets to Disney shows on Broadway, and savings on the SuperShuttle, Disney Store deals, and unique gifts from Brookstone, LittleMissMatched, Apricot Lane and the ABC TV Store.

(Past Expos have featured talent like Johnny Depp, Dick Van Dyke, the cast of Marvel’s The Avengers, the Muppets, Miley Cyrus, Billy Crystal, and scores of Disney Legends and luminaries.) 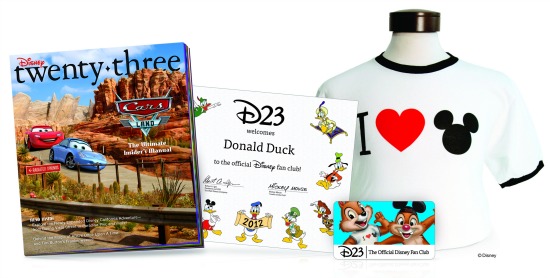 Special Holiday Gift Discount for A Nut in a Nutshell Readers! 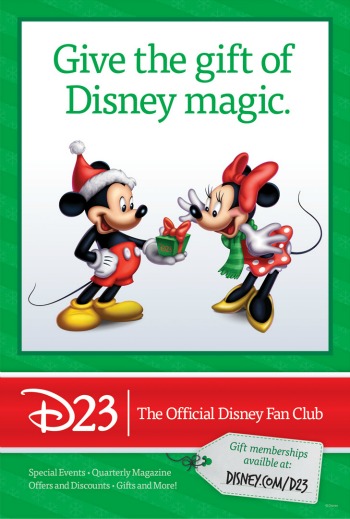 Receive 10% OFF of a NEW Gold or Silver D23 Membership (not available on renewals) using promotional code D23NUTSHELL now through December 31, 2012

Visit D23.com, click “join” in the upper left corner, add a new D23 membership to your cart and at check out, enter the promotional code to receive the 10% discount.

Do you know any Disney fans who would love to receive this as a gift?

My post is a part of a Brandfluential campaign, but all thoughts and opinions are entirely my own.