I spent the most amazing day at the world’s second largest aquarium, Georgia Aquarium in Atlanta about a month ago as a guest of the aquarium and the Hilton Garden Inn Downtown.

The Georgia Aquarium is shaped like the bow of a ship. Can you tell? 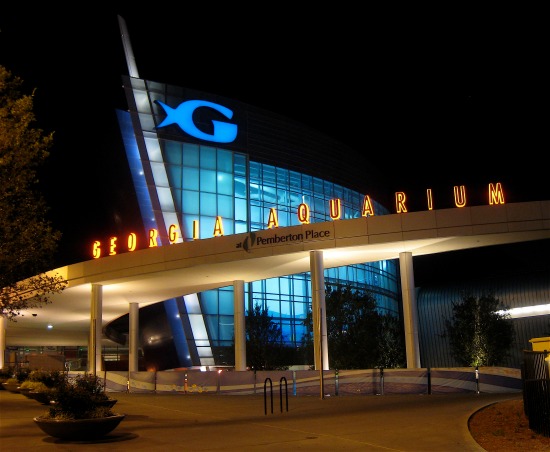 This is the view from our hotel room at the Hilton Garden Inn, and it’s where we noticed the building’s ship-shaped design initially. Pretty cool! 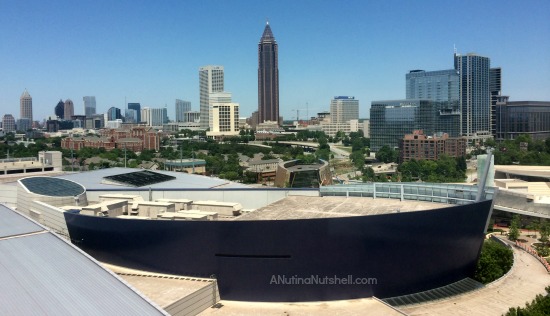 When we arrived at the aquarium, we checked feeding and show times so we wouldn’t miss anything, and then we visited the Ocean Voyager exhibit. A moving walkway carries visitors through a giant tank holding thousands of swimming fish, four whale sharks and four manta rays. It’s pretty incredible! 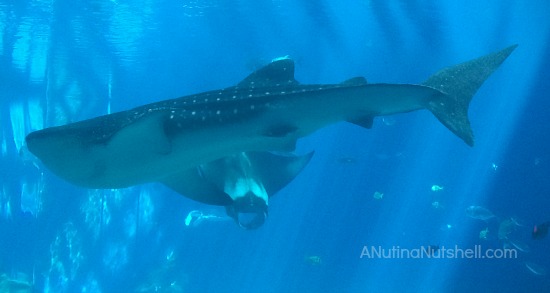 After that, we were given a behind-the-scenes tour that I’ll never forget. It was amazing (thanks, Bailey!) and I gained such an appreciation for the incredible amount of dedication and care that goes into housing these remarkable aquatic creatures.

These lucky visitors signed up in advance for the Beluga whale interactive experience, and it was fun to see their reactions. 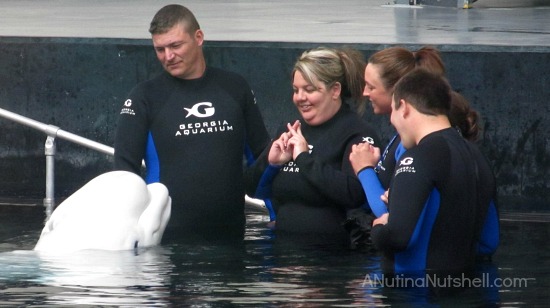 When you visit the Beluga whales in their exhibit, you’ll sometimes catch them playing like I did! 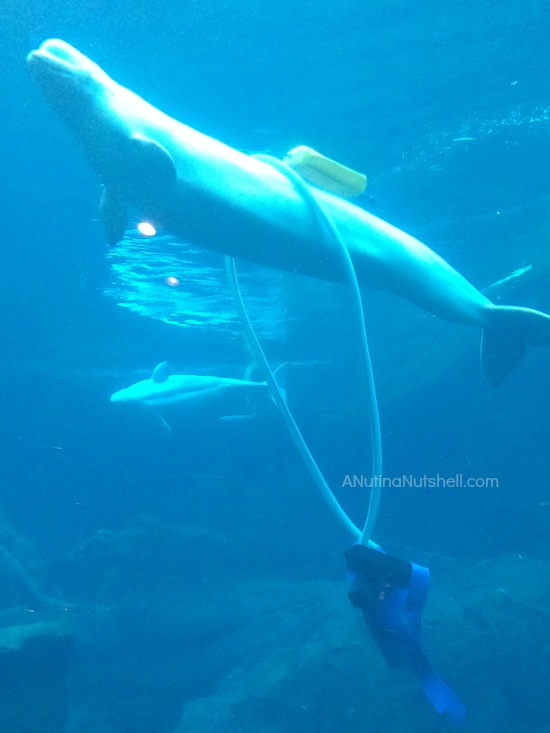 In the Tropical Diver exhibit, there’s a 6,000 gallon wave machine which dumps water every two minutes to simulate the back-and-forth surges that take place in actual oceans. It was so neat to get a peek at how it works.

It’s amazing how many different kinds of coral there are. These are growing in special tanks off display. 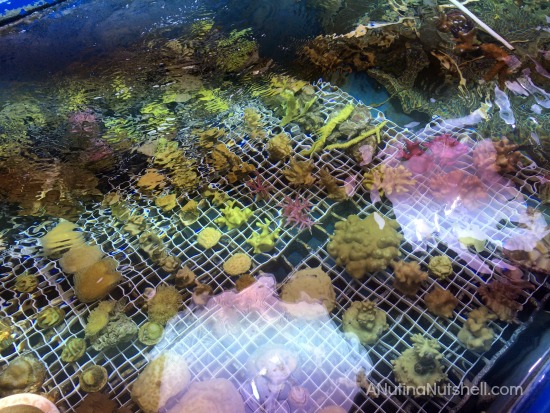 We even caught a starfish having lunch! 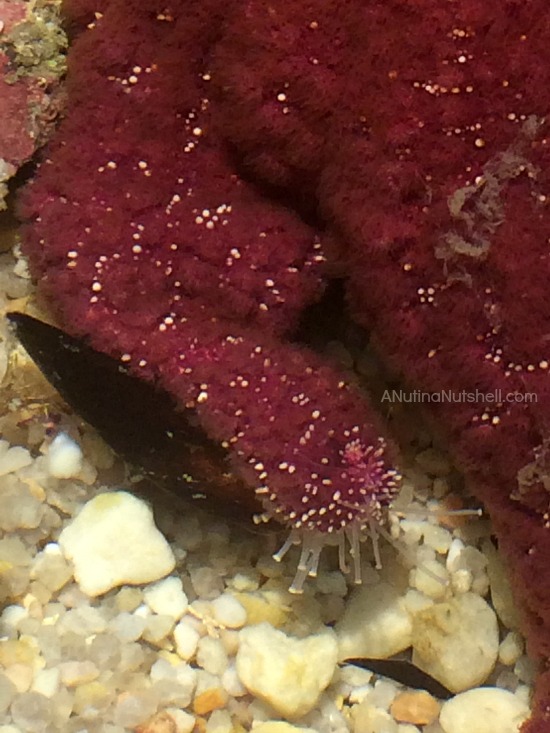 Touching (with two fingers) is encouraged in several exhibits throughout the aquarium, but it was so freaky for me! 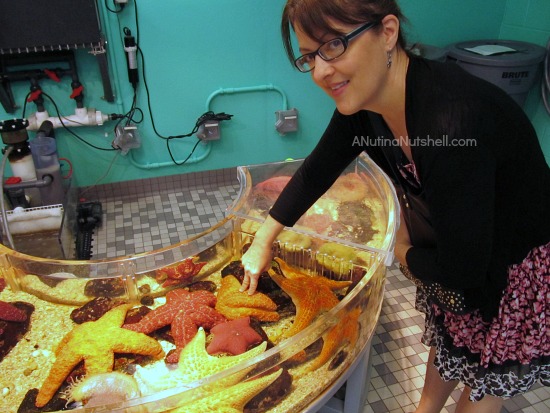 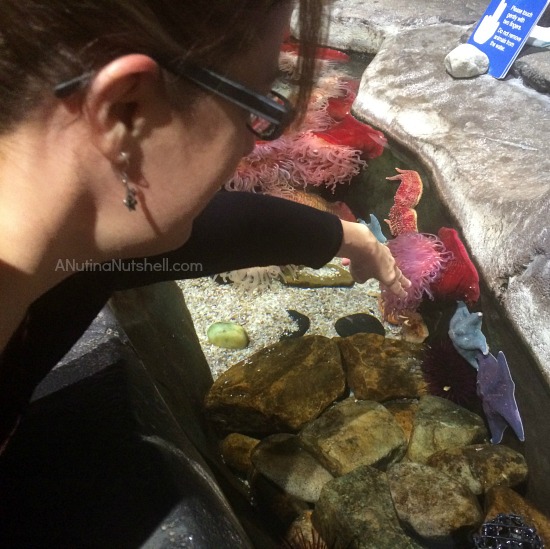 We also got to see the baby African penguins. Look at the soft downy fluff still remaining on this little guy’s head. 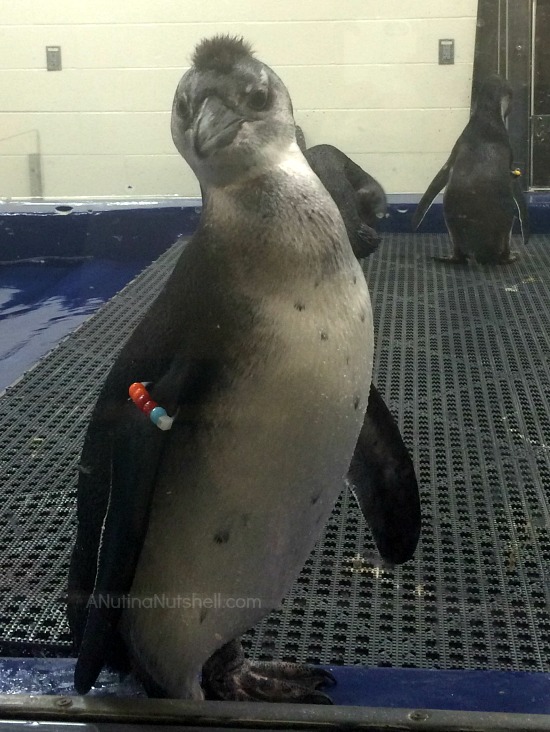 Eventually, he’ll be on exhibit with the adults! 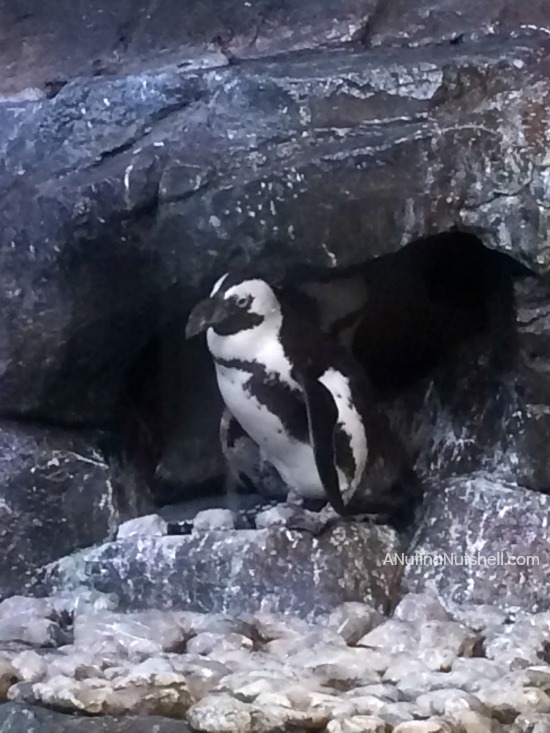 Our tour ended just in time for us to see the AT&T Dolphin Tales show. It’s a combination dolphin show and musical theater production. Honestly, it was my least favorite part of the whole day, but I’m sure most kids and families would really get a kick out of it. 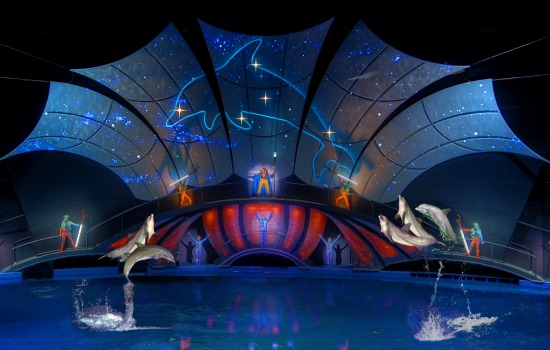 After that, we just wandered freely through the aquarium’s exhibits to see everything, like this Giant Pacific Octopus. 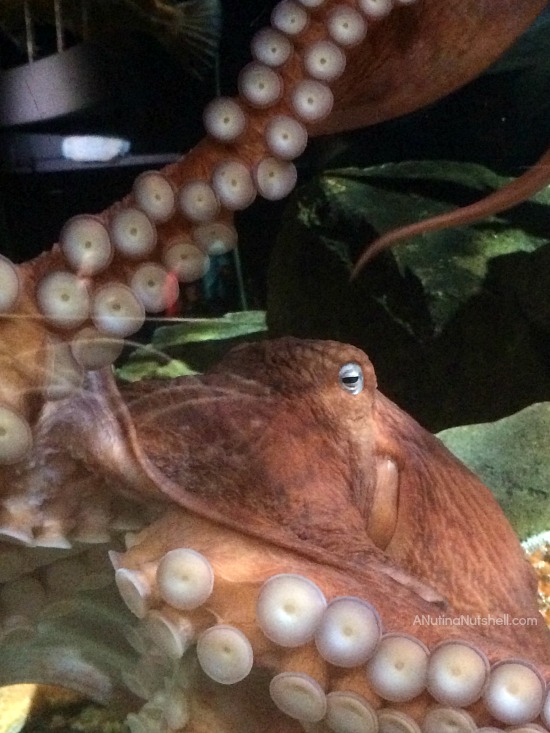 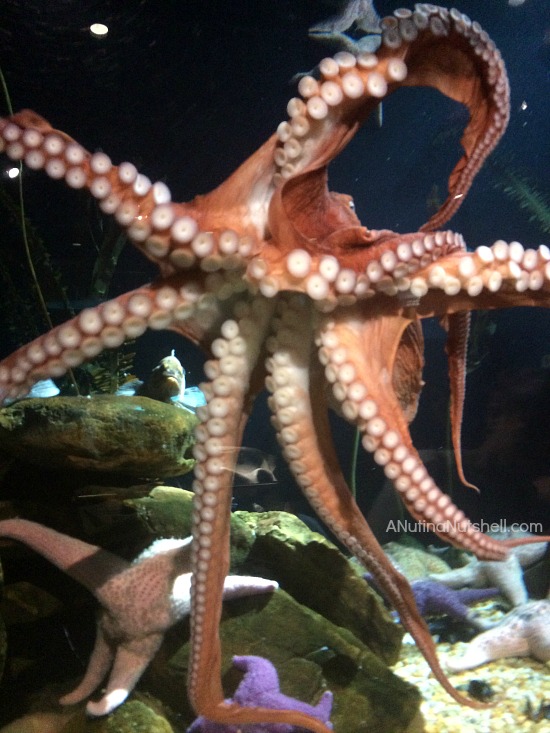 This silly little otter was showing off and doing some juggling.

How about lobster, shrimp and crab? 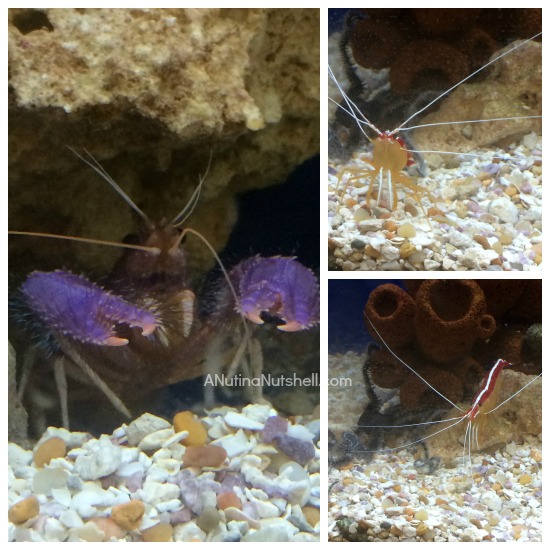 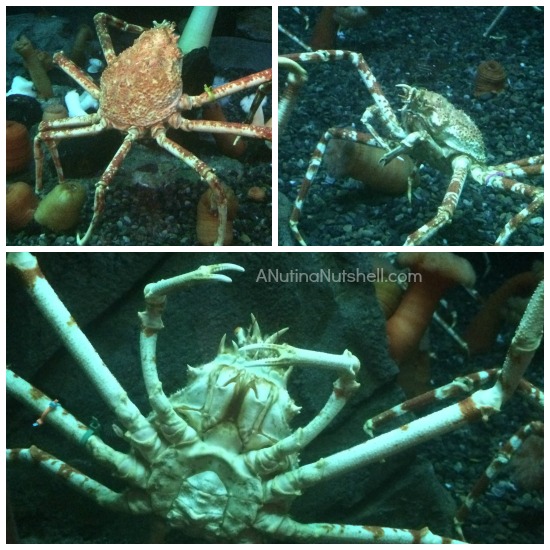 And of course, I always love watching the jellyfish. 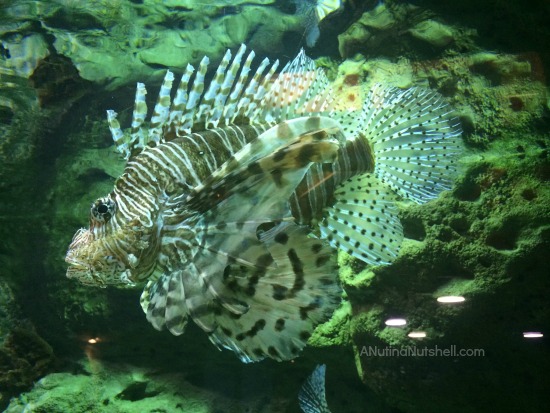 There was so much to see in the Georgia Aquarium. I spent about 3 or 4 hours there, but I’m sure I could have spent more. If you’re ever in the Atlanta area, it’s well worth a visit and since it’s located right next to World of Coca-Cola and Olympic Park, you’ll want to make a day of it!

It’s a very popular destination, so get there early (opens at 9am daily) and buy your tickets in advance to save time in line.