As an Amazon Associate and member of other affiliate programs, I earn from qualifying purchases.
88shares

After a year and a half, I can finally unzip my lips about the upcoming LIFE OF THE PARTY movie arriving in theaters May 11, 2018! I flew to the Atlanta set (thank you Warner Bros. Pictures)  when Melissa McCarthy was filming the movie. Not only did we have the chance to be behind the scenes, but we interviewed Melissa and some key cast members, and I’ve kept it hush-hush this entire time. I deserve a secret-keeper award.

LIFE OF THE PARTY MOVIE 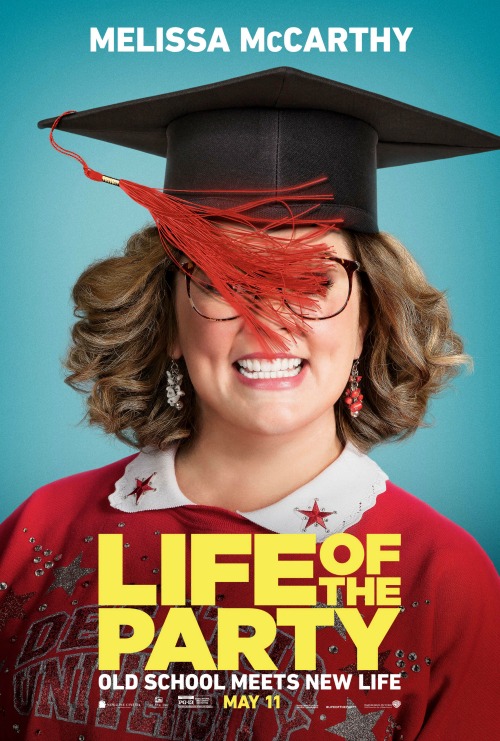 About the LIFE OF THE PARTY movie

When her husband suddenly dumps her, longtime dedicated housewife Deanna (McCarthy) turns regret into re-set by going back to college…landing in the same class and school as her daughter, who’s not entirely sold on the idea. Plunging headlong into the campus experience, the increasingly outspoken Deanna—now Dee Rock—embraces freedom, fun and frat boys on her own terms, finding her true self in a senior year no one ever expected.

When I was on the set, they happened to be filming the opening scene of the movie. That’s when Deanna (Melissa McCarthy) and (husband) Matt Walsh were dropping their daughter off at college. Within seconds of leaving (they weren’t even out of the school driveway), he drops the bombshell that he’s leaving her. 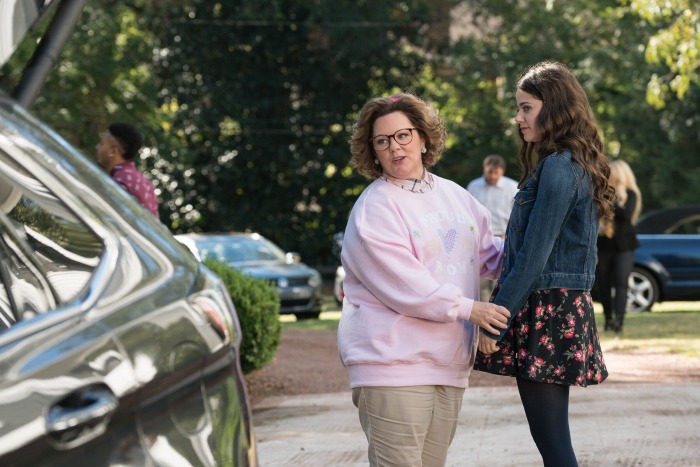 They did multiple retakes, and you’d think it would be boring to watch them film the same thing over and over, but it’s not. AT ALL. It’s a really fascinating process, and every single take had a definite difference from the one prior, whether it was lines, delivery, body language or some other subtle change.

Although some of it is improvisation, when we interviewed writer Steve Mallory, he explained what was really going on.

“Our job is being punch up writers or what we call alt writers or alternators.  That’s our little nickname. Every time they do a scene, we write four or five different jokes or lines that’ll either kind of clarify or add humor to it. And you can’t do it ahead of time because the mood, the temper, the tenor, the timber of what’s going on changes. So, you’re constantly writing and altering… throughout the shoot.So, that’s how it works.  I know it seems like everything’s made up all the time, but there is a script and we always traditionally shoot the script as-is as the first take almost always.”

“They’re always writing funnier, crazier things to say. So each take, you’ll see a note or they’ll pitch you an idea. And then on my side, I can pitch them an idea. Like, what if I said this?  So, it’s a very informal, loose process and they open it up so you can do alternate lines. They call them alts.”

Obviously, after that initial movie moment, Melissa’s character (now Dee Rock) takes on her new life challenge with gusto. She decides to go back to school and ends up at the same college her daughter is attending, and well… it makes quite a movie!

It’s never too late. Melissa shared her thoughts on this key takeaway from the movie:

“Ben really had the initial idea of going back to school.  And I really got stuck on kind of the concept of–I feel like three or four times within a two week span, I’ve kind of heard somebody go, we’re not really go out to dinner people.  Or we’re really not movie people.  Or we’re not really–and I thought these are people my age.  And I was, like, you can’t say that.  You’re not 105 years old.  Stop saying that stuff.

And then it made me start thinking… and I got kind of very obsessed with the concept of…deciding you’re done.   And I thought, we could all live to 100 years old.  Like, at 70, you could move to, like, Portugal and be, like, I grow beans.  So, it’s, like, to say, like, you know, 42 or any age, really, that you’re done is, like–you just shouldn’t do that.

So, be, like, I’ll never go back to school or this is all over.  Or if I didn’t do it at 20, I can’t do it now.  And that kind of spun us into this whole thing of, like, you can redefine yourself.

And I think especially as a woman, it fascinates me that we kind of are immediately sometimes categorized that, you know, once you’re out of your 20s, you’re done with this and then you’re done.  And I just kind of reject that. And just kind of redefining yourself without deserting who you are, but to be, like, I can kind of grow and change myself… Second chances are always very interesting to me.” 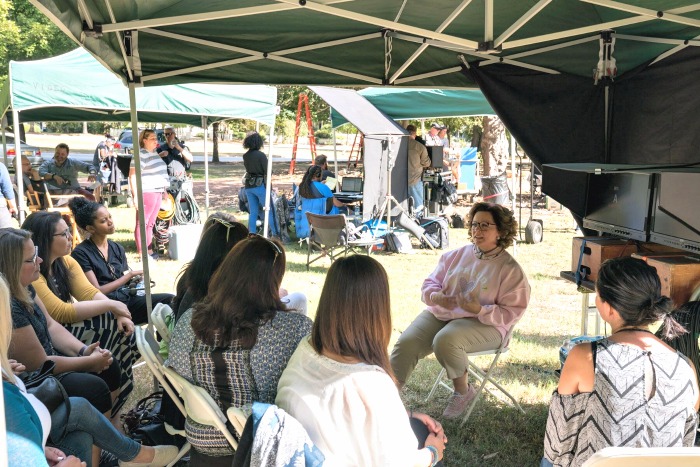 Melissa also shared her thoughts on evolving as a person.

“I think especially for women when you stop kind of evolving as a person and when you start to kind of only live for other people, which is I think is really easy when you have kids that you just kind of get waylaid.  And I thought, when do you stop going, what do I like?  Or what’s new that I like?  And I thought I bet she’s wearing exactly kind of what she did in high school and hasn’t kind of swapped over.

So, when we do the change… I’m at a fraternity party, completely out of my element… and somebody’s kind of teasing me and I realize, like, maybe I should go home because I don’t want to ruin the night for her [Maddie].  It was, like, what am I doing here with a bunch of kids?

And she takes me in the bathroom and it’s not like something’s wrong with you, but she’s just, like, stop using so much–like, just do less.  Like, you’re great.  Do less.  And then she kind of–my style evolves a little bit after that.  Like, I stop worrying.  You know, she’s, like, you don’t have to bedazzle everything.  I’m, like, I do.  I have to distract.  She’s, like, you don’t have to distract.  Just kind of be. 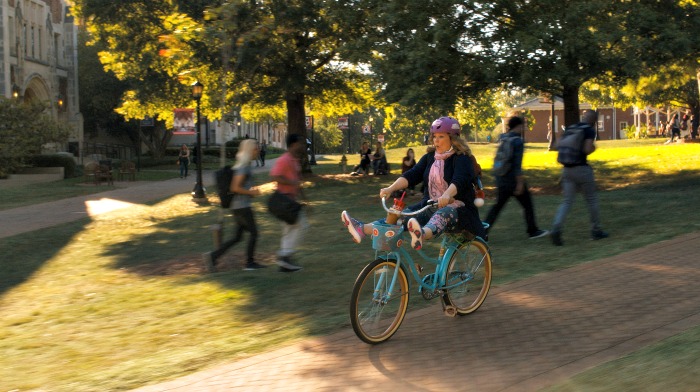 Don’t waste your life worrying about what other people think of you. Cast member Adria Arjona shared her thoughts on another of the movie’s life lessons:

“I think we all evolve by having a mom in school, by her teaching us, like, don’t care so much what other people think about you. I think we all go from no, you know, I’d rather not go out because I’m afraid what this girl might say about me or the boys and this. And she starts teaching us, oh, that it doesn’t matter what other people think about you. As long as you accept yourself and love yourself and treat yourself right, other people will see it and other people will respect it. So, it’s more like an inside job. So, I think because of all of Deanna’s lessons, we all evolve.”

Don’t you love a movie where you can laugh your butt off but still walk out feeling like you learned something? The LIFE OF THE PARTY movie does just that!

Go see LIFE OF THE PARTY in theaters beginning May 11th!