The coolest thing happened on the morning of day four. As we were coming out of the hotel, we heard loud and festive music and saw a large crowd of people walking right down the middle of Canal Street. We had no idea what it all meant, but after the progression passed, we asked a police officer and he told us it was an Indian wedding.

So glad we were able to experience that! 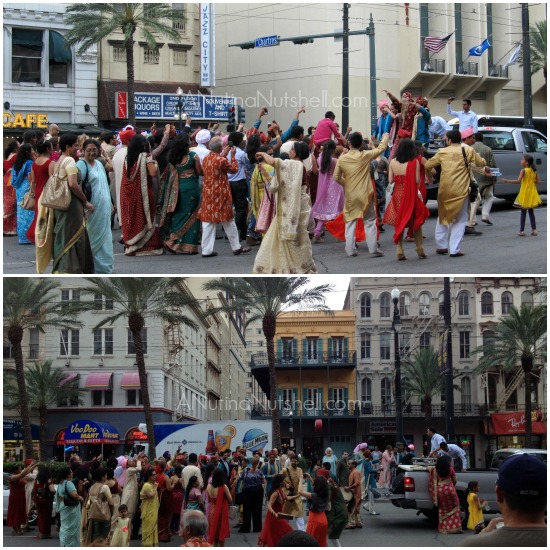 Then we walked over to Huck Finn’s Cafe for a New Orleans-style breakfast. My daughter enjoyed a cup of chicory coffee and the Bayou Lafitte skillet – crawfish scrambled with eggs, onions, potatoes, and green peppers topped with etouffee sauce. I had the Honey Island pancakes with fresh fruit, not as adventurous, but still delicious. 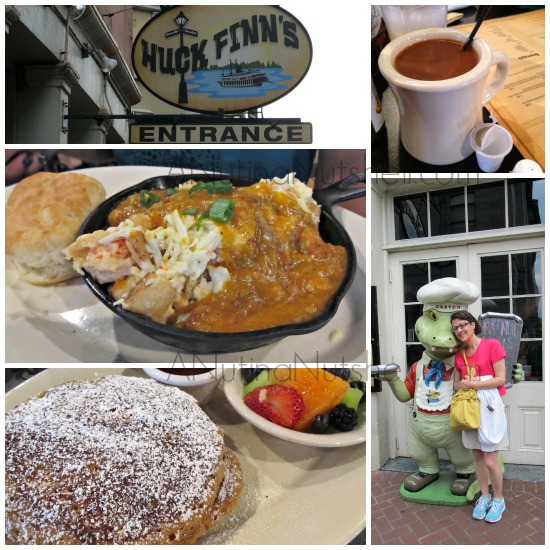 After breakfast, we waited at a hotel across the street for our pre-arranged shuttle to Blaine Kern’s Mardi Gras World. (Free transportation from nearby hotels and pick-up points is included in the ticket price.) 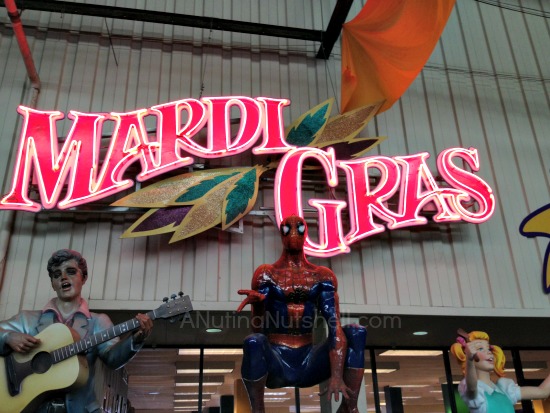 As you walk into the building, you’re immediately surrounded with giant float figures. Admission includes a guided tour through the prop shop and float den, and there’s also plenty of time to look at everything on your own. Make sure you have a camera with you! 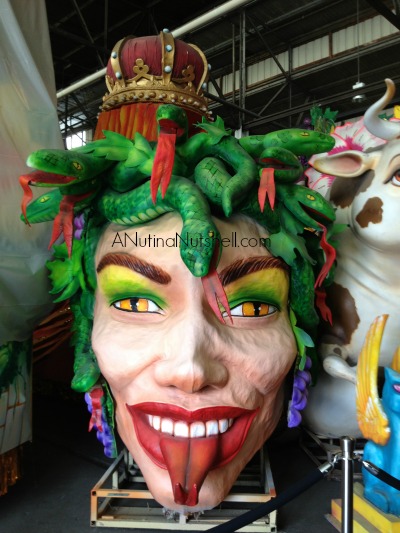 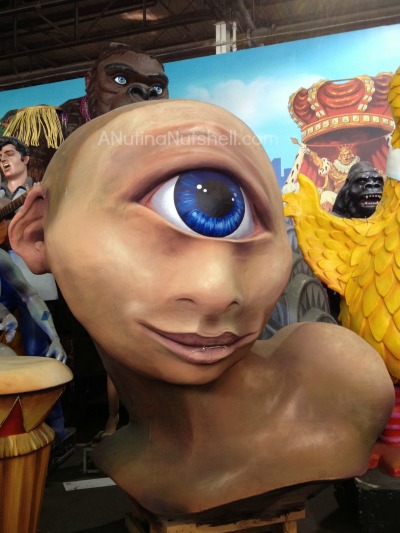 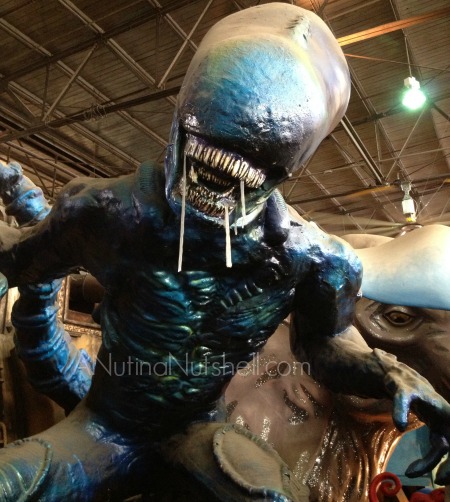 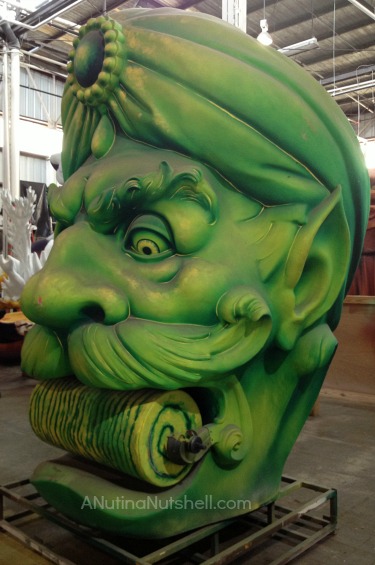 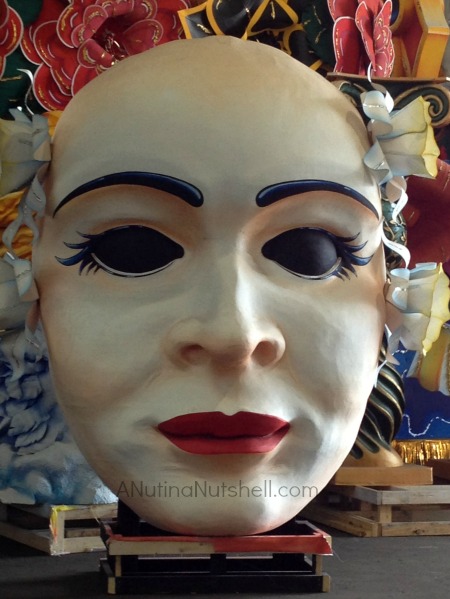 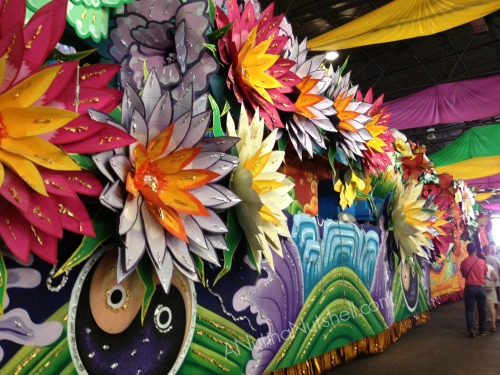 In the prop shop, they work on construction and restoring float figures. They glue together sections of styrofoam, carve them, layer them in papier mache and hardening plastic before finally painting them.

The artists work from a sketch, and the most important thing for them to get right is the scale. 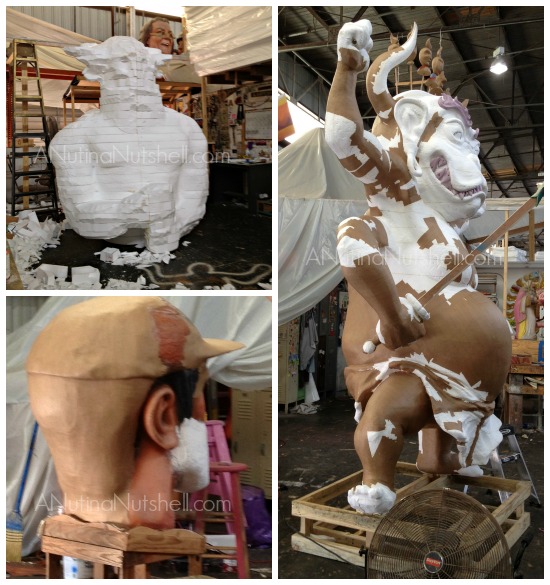 After the tour, there is an area where you can try on Mardi Gras costumes and take some fun photos. 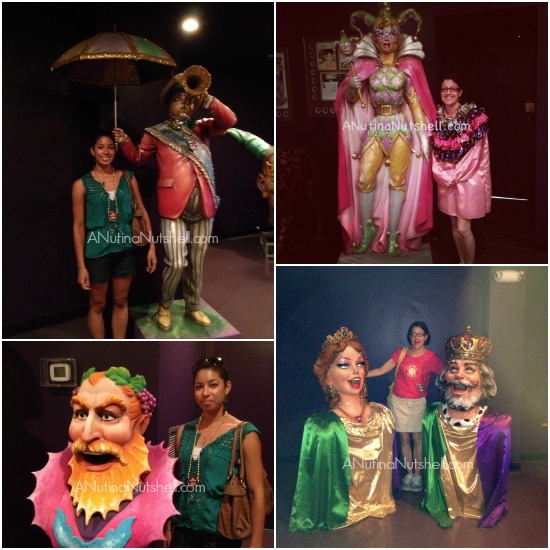 They also give you a piece of King Cake to try! 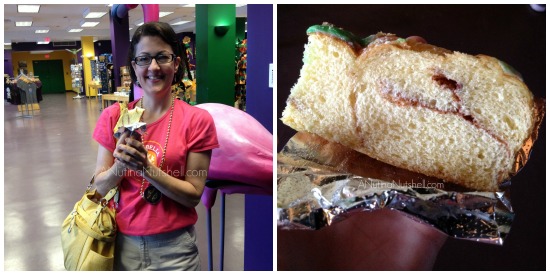 I don’t usually like gift shop souvenirs, but they had some really unique finds here. My daughter decided on this fun little sign!

It was early afternoon when we finished and we were still full from lunch, so you know what that means! A dip in the pool and a nap before we were picked up by another shuttle for a ride out to Lafitte, Louisiana and Airboat Adventures.

The airboats are noisy but they go really fast, and they’re fun! 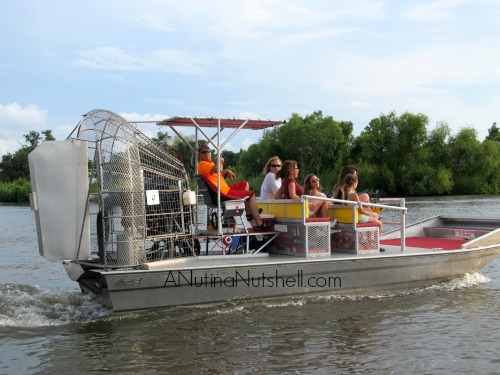 The views were just spectacular, and we kept our eyes peeled for alligators as we rode along. 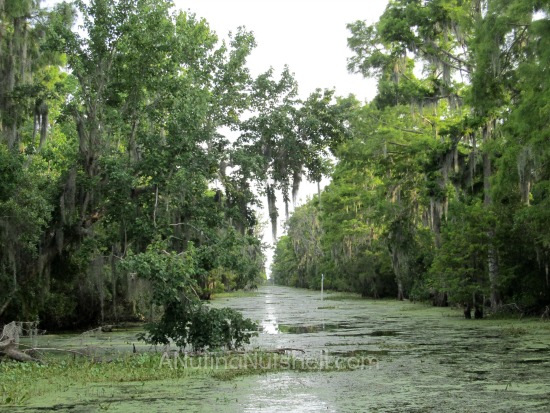 We saw tons of them! Yikes! 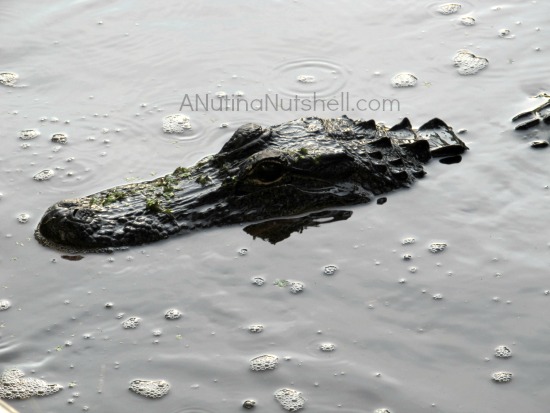 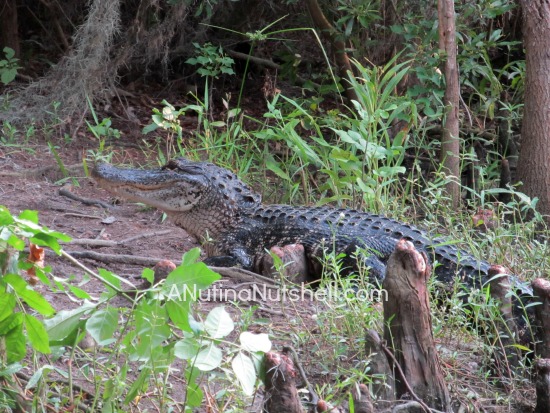 Seriously, that tour guide is nuts! 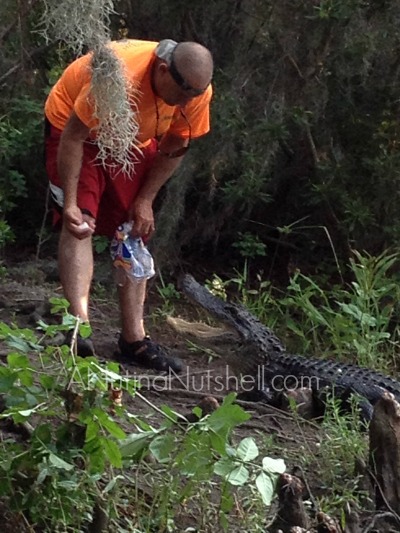 At one point we were just floating along and the next thing I knew our guide was holding a baby alligator in his hands. What the heck?!!! He just pulled it right out of the water to show us! 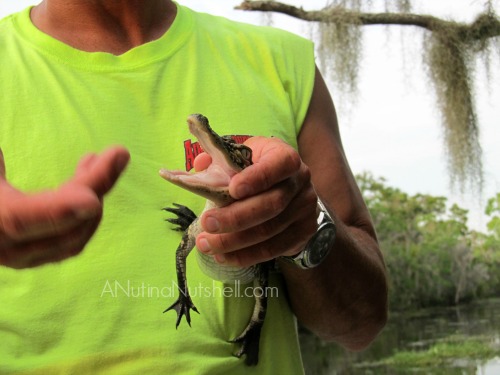 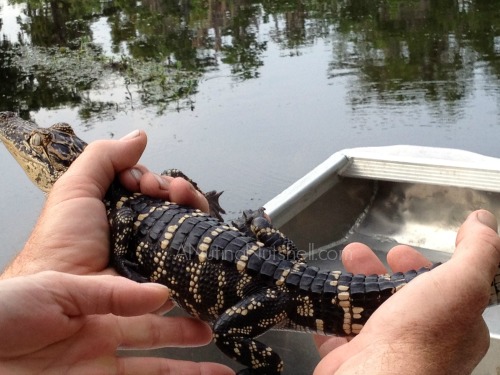 It was a really fun way to end the day! On our return trip, the shuttle driver was kind enough to drop us off at a restaurant we were really wanting to try: Mother’s!

I know they’re really famous for their ham, but I absolutely had to have a debris sandwich and it was sen-sational! Seriously phenomenal. We also tried red beans and rice for the very first time and oh my gosh, it’s delicious!

I’m definitely going to visit Mother’s every time I go to New Orleans from now on. 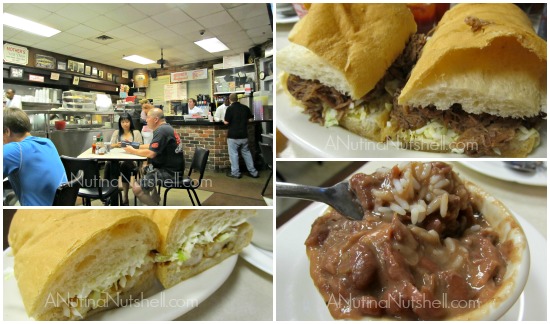 Next up: Day Five