As an Amazon Associate and member of other affiliate programs, I earn from qualifying purchases.
287shares

I’m convinced that Hawaii is stunning from any vantage point, but from a helicopter… wow! I had the chance to take an Oahu helicopter tour with Blue Hawaiian Helicopters (courtesy of Sony Pictures) and I was blown away by the island’s beauty. Flying over Oahu’s turquoise blue waters, coral reefs, rocky coastlines and lush mountains with tropical jungles was completely mesmerizing (even on a cloudy day). 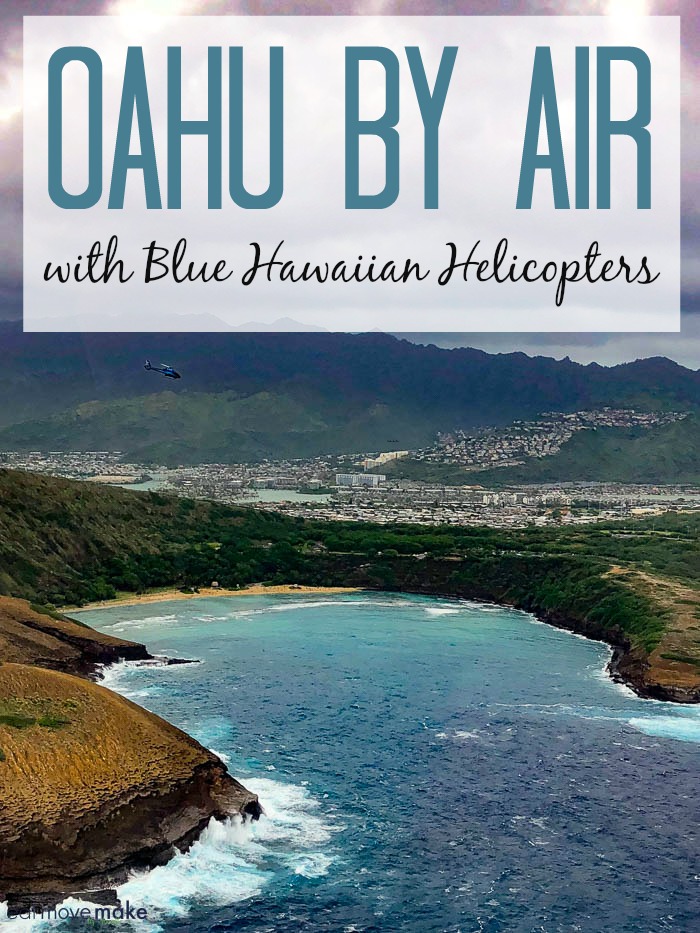 After a thorough safety briefing, we climbed aboard the closed-door helicopters for a 45-minute sightseeing adventure. (By the way, seat assignments come via a computer program that balances by weight.)

If you’ve never taken a helicopter ride, it looks and feels like a 4D movie so if you experience motion sickness on 4D rides (I definitely do,) you’ll want to wear a Sea Band or take some Dramamine beforehand. There are “comfort bags” in the helicopter, but preventing nausea in the first place is the way to go. 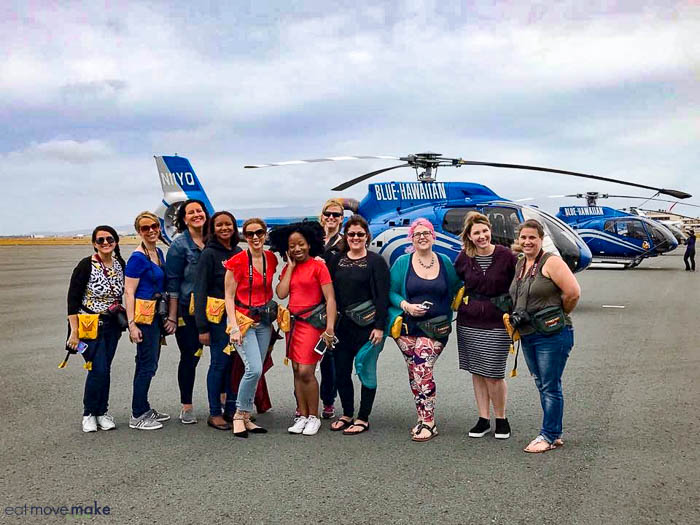 Our pilot narrated the entire time via headset (and we could ask questions via microphone) so we’d know where to look and what we were seeing, but here’s the overview from the website. We saw a lot!

On Oahu, Waikiki Beach is just the beginning. In one amazing tour, you’ll experience the phenomenal scenery of this Island’s hidden rainforests, lush valleys, and stunning historic sights. You’ll glide over the vivid turquoise coral reefs of Waikiki, look down into the extinct volcano of Diamond Head, view crescent-shaped Hanauma Bay, white-sand Waimanalo beach, Chinaman’s Hat and the beautiful coral formations in Kaneohe Bay. You’ll soar over the cliffs of the Nuuanu Valley rainforest, then fly along the breathtaking coastline to legendary Sacred Falls and the panoramic Dole Pineapple Plantation. Your Blue Skies of Oahu adventure will also include sweeping views of Pearl Harbor, the Arizona Memorial and the Battleship Missouri.

I couldn’t get a shot of everything and I tried to be in the moment as much as possible, but here are a few photos of Oahu by air. Simply stunning (even with an iPhone)! 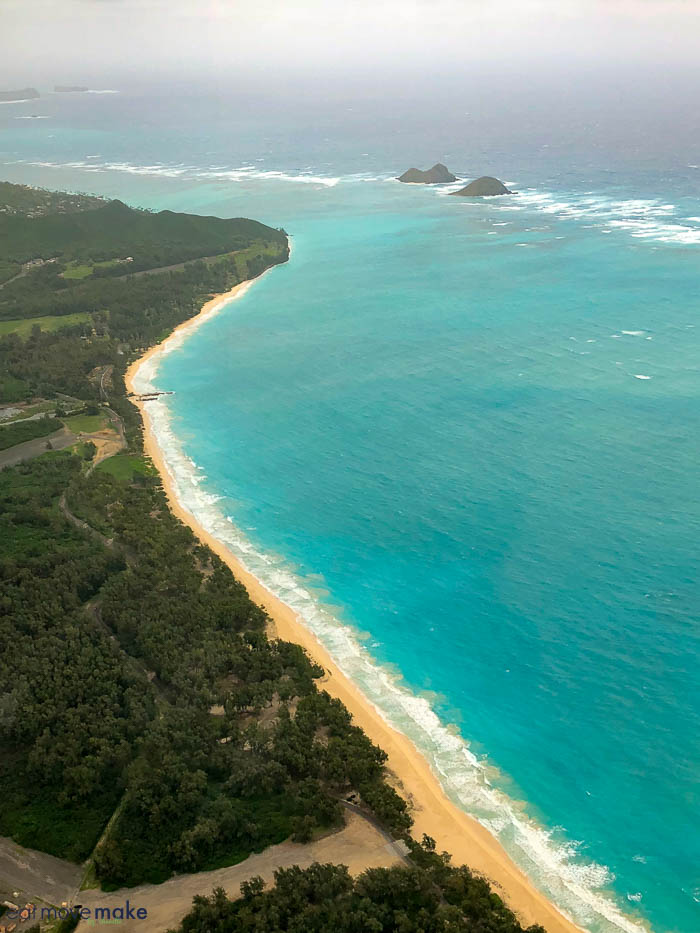 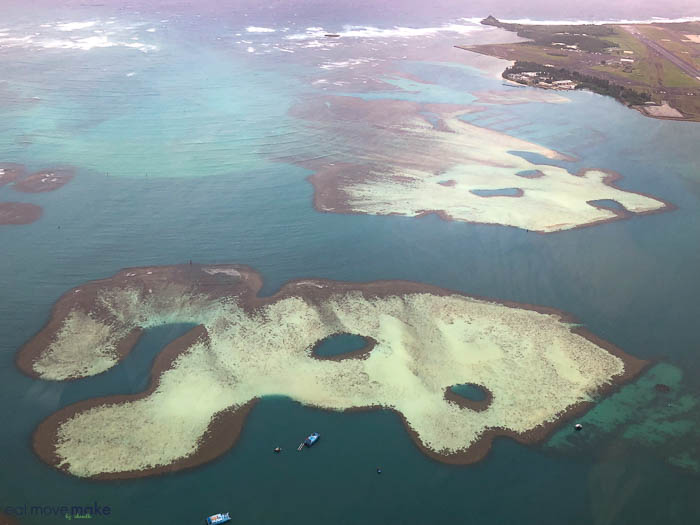 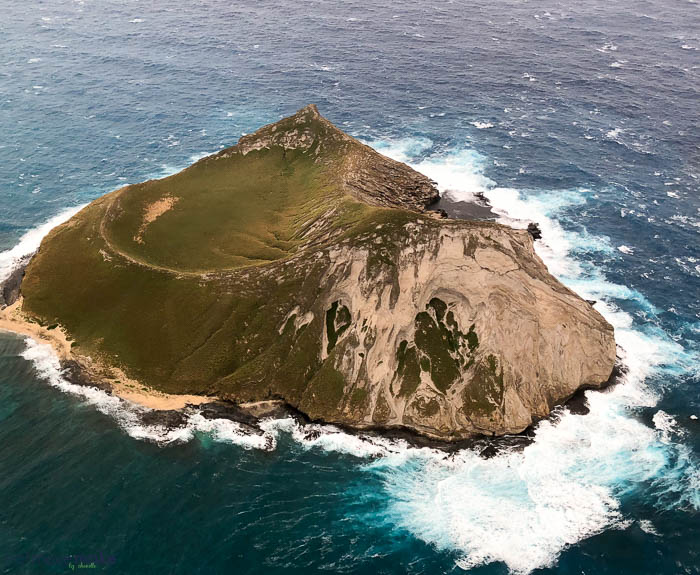 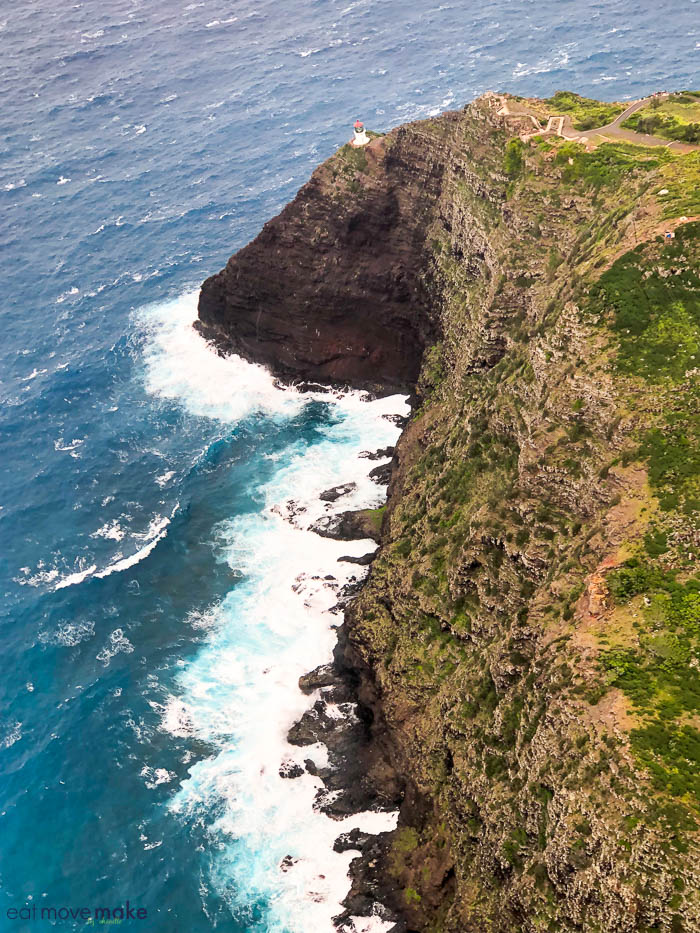 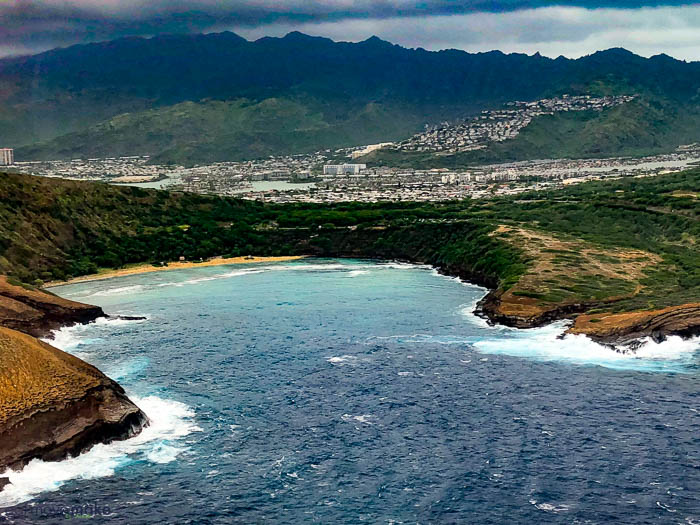 This valley is home to Kualoa Ranch where much of Jumanji: Welcome to the Jungle was filmed and it was so lush and green — absolutely perfect for the jungle setting. 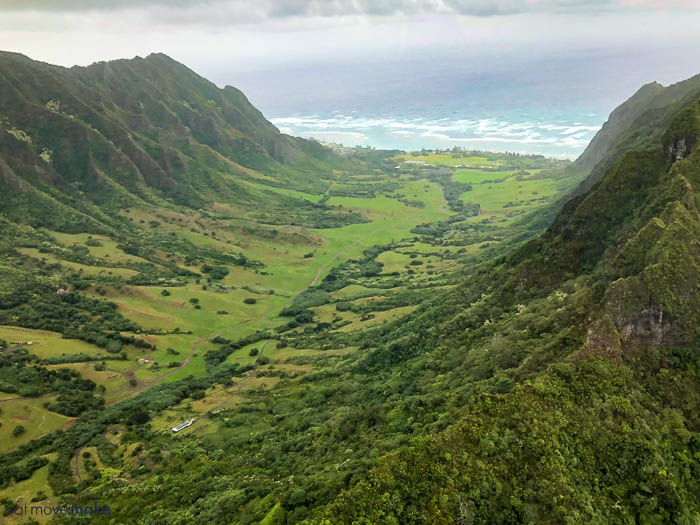 We also flew over the Dole Pineapple Plantation with the world’s largest maze. 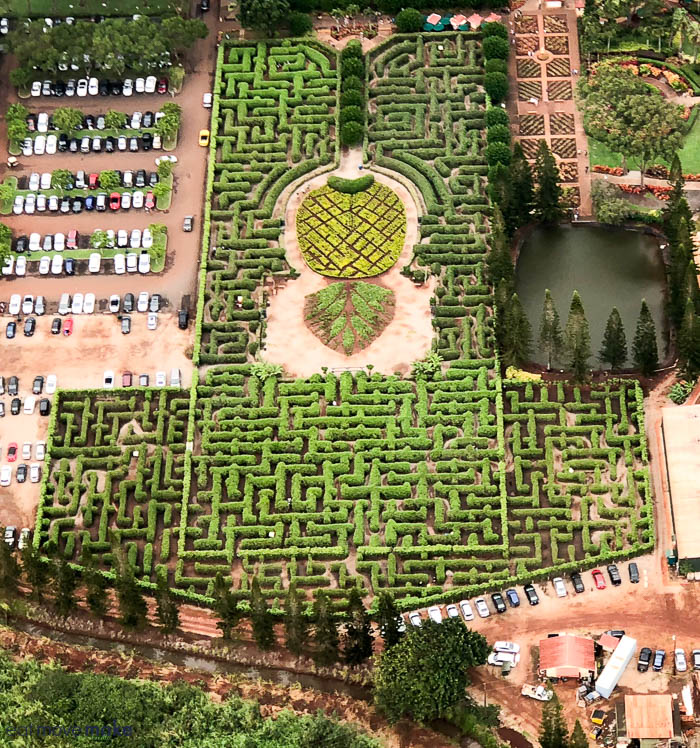 Just before landing, we flew over Pearl Harbor and the U.S.S. Arizona Memorial — a very poignant moment. 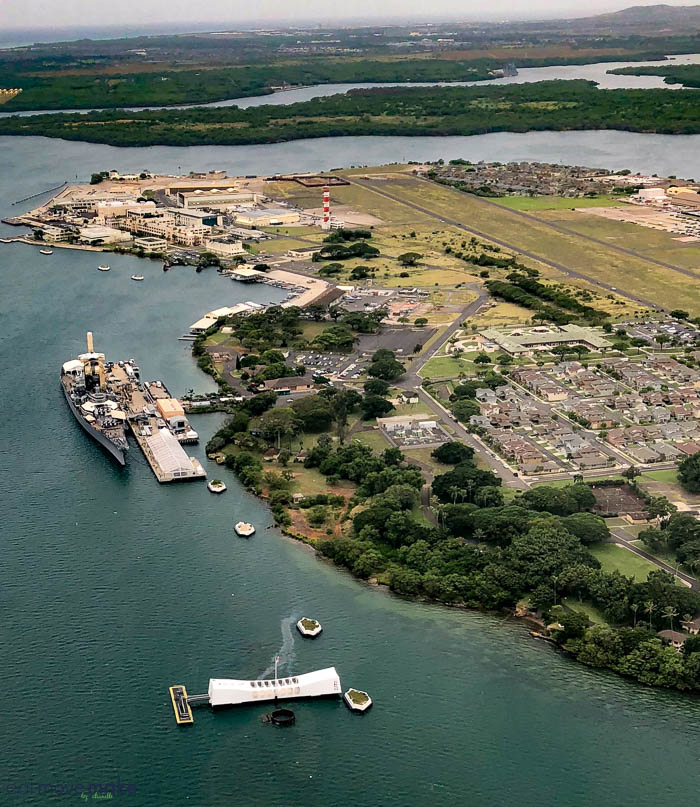 If you’re interested in taking an Oahu helicopter tour, I highly recommend Blue Hawaiian Helicopters. They do an incredible job of showing you the best views of Hawaii’s iconic landscape, and if you want to recapture the experience at home, you can purchase the actual video footage and pilot commentary from your flight.

Have you ever taken an Oahu helicopter tour? Or have you flown in a helicopter?