Ricki and The Flash, featuring Meryl Streep and Rick Springfield, is out in theaters today! But if you’ve been following my posts this week, you know that Sony Pictures brought me to New York City this past weekend for an early screening of the film and a fabulous NYC experience.

Read about my night out in the Big Apple here, and about my press interview with the cast here!

Over the past few months, I had been taking myself out to the movies on single lady dates, so I’d seen the previews for Ricki and The Flash. That – and the fact that I’d never been to New York before – was why I was so excited when Sony invited me on this weekend trip. I mean…I was excited just to be in Sony’s office building!

We were ushered into a private screening room – which had extremely comfy seats, I might add – and the movie began to roll.

Chanelle’s Ricki and The Flash Review

The movie begins with a high-energy musical performance at a local bar, where Ricki and her band, The Flash, are the contracted talent. You can tell by the way the audience reacts to them that they are a well-loved act, and when everyone in the bar applauds at the end of the song, I wanted to clap, too! 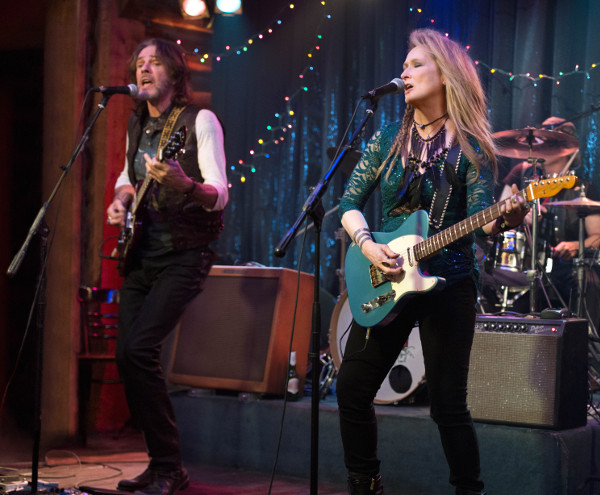 Streep and Springfield (Ricki and Greg) perform with the Flash at the Salt Well.

Meryl Streep does a great job of telling the story of Ricki Rendazzo, a woman who tried to fit into the mold that others thought she should, but couldn’t. She has a strained relationship with her children because she left Indianapolis when the kids were very small in order to pursue her dreams of being a musician in California.

Ricki returns to Indianapolis when her ex-husband phones to tell her their daughter Julie (Mamie Gummer) has been unceremoniously dumped by her cheating husband. It takes some real effort on Ricki’s part to get Julie, as well as her two sons, to let her back in, but by the end of the movie things finally seem to be on the up and up.

Ricki’s remarried ex-husband is played by a very believable Kevin Kline, and her love interest and fellow bandmember is played by Rick Springfield. 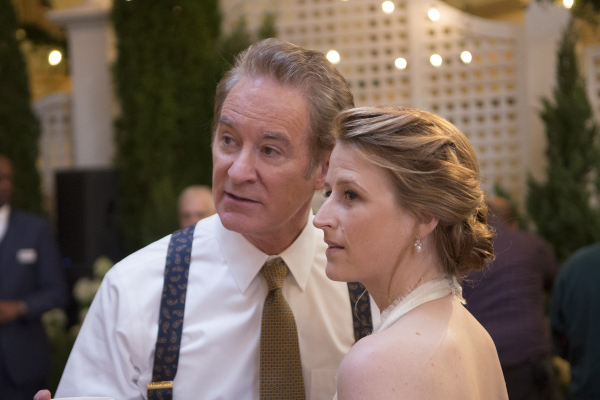 Pete (Kevin Kline) and his daughter Juie (Mamie Gummer) in TriStar Pictures’ RICKI AND THE FLASH.

As anyone who has seen a Meryl Streep movie can attest, she does such a great job of making the audience feel what her characters feel, and her portrayal of Ricki Rendazzo is no different. It was a very touching movie, but also had excellent music and some very funny scenes! I highly recommend that you see it.

Go see Ricki and The Flash – out now in theaters!