Home » Lifestyle » Dating » Dating While Weird: I Came in Like a Wrecking Ball

In which I dredge up memories for your pleasure. Read my other Dating While Weird posts here.

When it comes to online dating, I can pinpoint with almost absolute certainty which men will reply to me. I know what to say in my profile to get people to message me first. My carefully curated handful of profile pictures? Ack, impeccable.

But I wasn’t always an expert dater. In fact, I came in like a wrecking ball.

Birth-1999: Developed crushes on any/every possible male, including Sonic the Hedgehog and Hades from the animated Disney Hercules film. 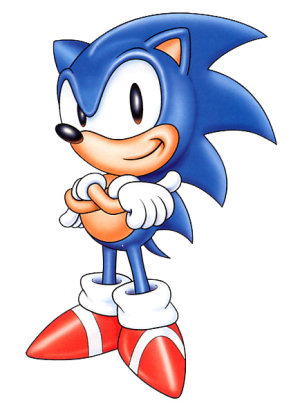 Y2K: I was in 7th grade. I got a boyfriend who had the same birthday as me. We only communicated via AOL Instant Messenger and then I broke up with him because his hands looked rough and I didn’t want to hold them. Fun fact: He’s a semi-successful rock star now.

2002: Freshman in high school. Developed crush on a junior. My first order of business as a wrecking ball was to embarrass myself by asking him out using a hand-decorated poster at his rock band’s concert – he said no.

2003: My mom and the junior (now senior)’s  mom became friends and basically forced us to date. We dated.

2003-2006: Kept dating the same guy and went to prom with him three times. Cut my hair short for the first time.

2007-2008: Moved out of state to college. Broke up with high school sweetheart after trying out a long-distance relationship for a while. Started growing my hair out.

Dated a guy I met because we were on the same intramural kung fu team. It never got serious.

The guy I met through kung fu a.k.a. Cap’n Crunch

Dated two different guys I met online through vegetarian websites, for a few months each. One was nice, but a wimp and one was sexy, but a jerk.

Hated men/wrote angsty poetry for a while.

Fall 2008: I was a junior in college now. Signed up for OkCupid and met the guy who would eventually be my husband.

Moved in with him, got cheated on, moved out, moved back in and made up.

Cut my hair really short again. Got engaged, got married, regretted it immediately. Fought a lot, cheated back, got divorced, started growing my hair back out.

On my wedding day.

2012-2013: Cut my hair…again. Dated a rebel-without-a-cause kind of guy. We’re still friends today, but he wasn’t right for me. Got all the partying that I never did in college out of my system.

2013-2014: Reactivated my OkCupid account and signed up for a Chemistry.com account. Went on plenty of dates with plenty of gentlemen.

Met and dated The Guy Who Stole My Sparkle™.

2014-2015: Did a dizzying amount of dating using Tinder and OkCupid, sometimes simultaneously.

Dated two major red flag guys for a couple of months each. Deleted both Tinder and OkCupid out of rage and exhaustion and took several months off.

Decided to move from Ohio to North Carolina, and made a new OkCupid account to see what the dating pool was like down South. (It was mostly bad.) But then! I started talking to someone while I was still in Ohio and counted down the days until we could meet. Once I moved, I finally met him in person and we dated for a few months.

We did end up breaking up for a few reasons, and while breakups are never very much fun, I know I’m one breakup closer to  finding the right dude for me. 🙂

It took me a lot of years to become who I am today. And I’m still not a finished product.

Your dating history is sordid, too, isn’t it? Spill it.