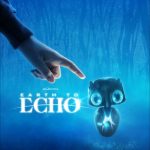 Something mysterious is going on in this summer’s EARTH TO ECHO movie (in theaters July 2nd).  Three best friends start receiving cryptic messages on their cell phones after a highway construction project begins in their neighborhood, and just days before the bulldozing will force them all to move away from each other. Determined to have […] 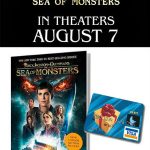 Who is Percy Jackson? (Boy, was I out of the loop on this one because I had no idea.) Found in Greek mythology, Percy Jackson is the demi-god son of Poseidon, and PERCY JACKSON:SEA OF MONSTERS is the second fantasy adventure film based on the popular book series by Rick Riordan. (Am I the only one who […]