You are here: Home / Entertainment / Taken 2 – Should You Let Yourself Be Taken Hostage?
As an Amazon Associate and member of other affiliate programs, I earn from qualifying purchases.

I used to think that action movies were full of nothing but expensive special effects, explosions, guns and car chases. Oh wait, I still think that.

It’s just that I’ve come to like all that tomfoolery. You know why? Because I don’t have to think. It’s total escapism and mindless entertainment.

Anyway, this all leads me to the fact that I found myself watching yet another action-thriller movie last weekend, Taken 2. It’s a follow-up sequel to Taken, which I saw in theaters and really enjoyed. 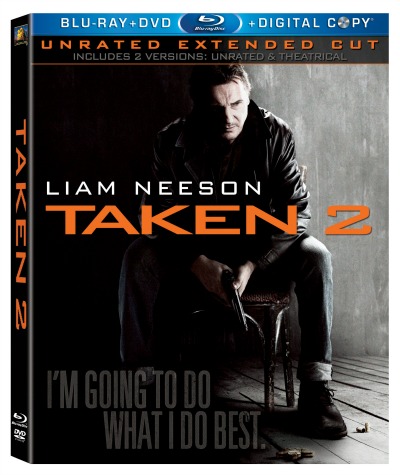 In the original Taken movie, Liam Neeson played an ex-CIA operative whose daughter was kidnapped by a group of Albanian sex-traffickers while vacationing in Paris, and he hunted down and killed her captors to save her.

, the father and brothers of those he killed seek vengeance, and the story twists a little bit as he and his ex-wife (Famke Janssen) are taken hostage instead of his daughter (Maggie Grace).

Their captivity puts his daughter in the unlikely position of helping them escape. Using knowledge he gleaned while being transported, he works with her to pinpoint his location in order to get to him.

In the meantime, he attempts to escape his physical restraints. (Of course, he does.)

Although I’m glad that they didn’t repeat the exact story line and have her taken hostage again, I didn’t find the daughter to be all that believable in a hero role. For instance, back home she had failed her driving test three times in a car with an automatic transmission, but suddenly she’s in Istanbul driving a stick-shift vehicle in a major car chase scene? Pffft.

But I digress, and she drives on…

Lots of car chases, explosions and foot races later, the movie comes to the satisfying conclusion we were all waiting for. 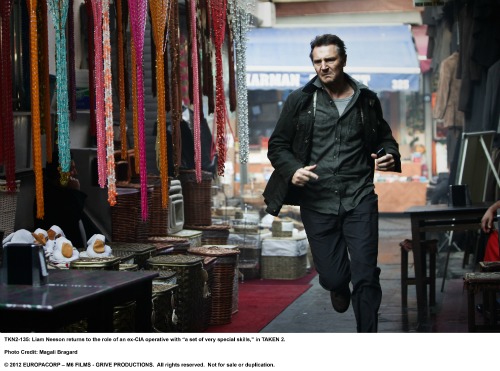 Liam’s character is still every bit the badass he was in the first go-round, but somehow his affable personality stands out even while ruthlessly killing his enemies.

The guy is likable; what can I say? 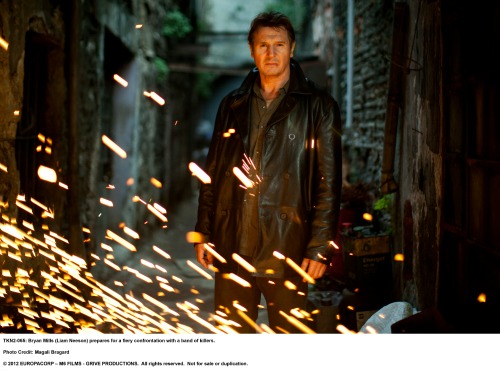 So yeah, this isn’t Oscar material, but who cares? It made for a good Saturday night’s entertainment, so I ain’t mad at it. And I sure as heck ain’t mad at Liam.

This movie showed up in my mailbox the other day sans paperwork, and I have no frackin’ clue if I was supposed to write a review but slam bam done on that, disclosure lazily written, bases covered. Golden.