Since I’ve mentioned several times how interested I am in learning about crimes, especially unsolved ones, I thought I’d do a roundup of the unsolved mysteries that grabbed my attention last year.

I have spent hours reading about each one of these cases on Reddit, Wikipedia, and a discussion forum called Websleuths, and since I don’t want to spoil the fun for any of you who are interested in diving in, too, I’m just going to give an overview of basic information on each case. (And a link so you can read more.)

Lyle Stevik is the self-assigned pseudonym of a young John Doe found dead in a motel room in Amanda Park, Washington in 2001. He committed suicide by hanging and to this day, he has not been identified.

This Doe is called Lyle Stevik because he used this name to check into the motel. However, after much research into individuals with that name, no viable leads could be found except a character named “Lyle Stevick” from a novel by Joyce Carol Oates entitled You Must Remember This. It’s unclear whether the pseudonym was meant in reference to the novel. Some theorize that he was from Canada since Amanda Park is near the border, and others suspect he may have been from a Native American reservation. Read about the Lyle Stevik case here. 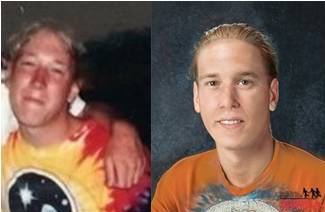 Jason Callahan (L); the reconstruction that was used to try to identify his body (R). By Source, Fair use

This previously unidentified decedent was called Grateful Doe because he had Grateful Dead tickets in his pocket and was wearing a Grateful Dead shirt when his body was found. He died in a car accident along with the driver of the vehicle, whose family and friends didn’t recognize Grateful Doe (it’s thought that the driver may have picked him up as a hitchhiker).

If you were a fan of our old page on Facebook, you might remember that I’ve posted about this case before. Thanks to some very helpful volunteer internet sleuths, this Doe was identified as Jason Callahan in late 2015! Now his family can rest a little easier knowing what happened to their son over 20 years ago. You can read all about Grateful Doe here.

This is a really weird case, with most of the weirdness revealing itself after Lori’s suicide. It turns out that Lori had kept a lockbox hidden in the house containing multiple photo IDs from multiple states using multiple aliases. She’d asked her husband never to look in the box, and being the trusting man he was, he never did.

Lori’s first alias was stolen from Becky Sue Turner, a small child of no relation who had died in a house fire in 1971, whose birth certificate Lori had obtained somehow and used to get an Idaho picture ID. No one knows her real name or background! 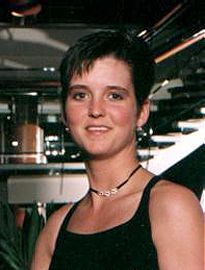 In March 1998, 23 year old Amy Lynn Bradley disappeared from a cruise ship without a trace. She was on a cruise with her family and had been out dancing and drinking the night she was last seen. No evidence has been found that incriminates the people she was with that night, and thus no arrests have been made.

There have been multiple supposed sightings of Amy Bradley in various locations, some citing specific tattoos that she was known to have, but none have been confirmed. Read more here.

Have you heard about any of these cases?

Would you be interested in a roundup of my favorite crime-related podcasts as well?