As an Amazon Associate and member of other affiliate programs, I earn from qualifying purchases.
104shares

My kids have seasonal allergies, we have a new kitten and there’s a ridiculous amount of snoring going on at my house. Since I’m not sending any of the aforementioned problems out the door anytime soon, I invited the Venta Airwasher over for a test-drive.

How ’bout some clean air, baby? 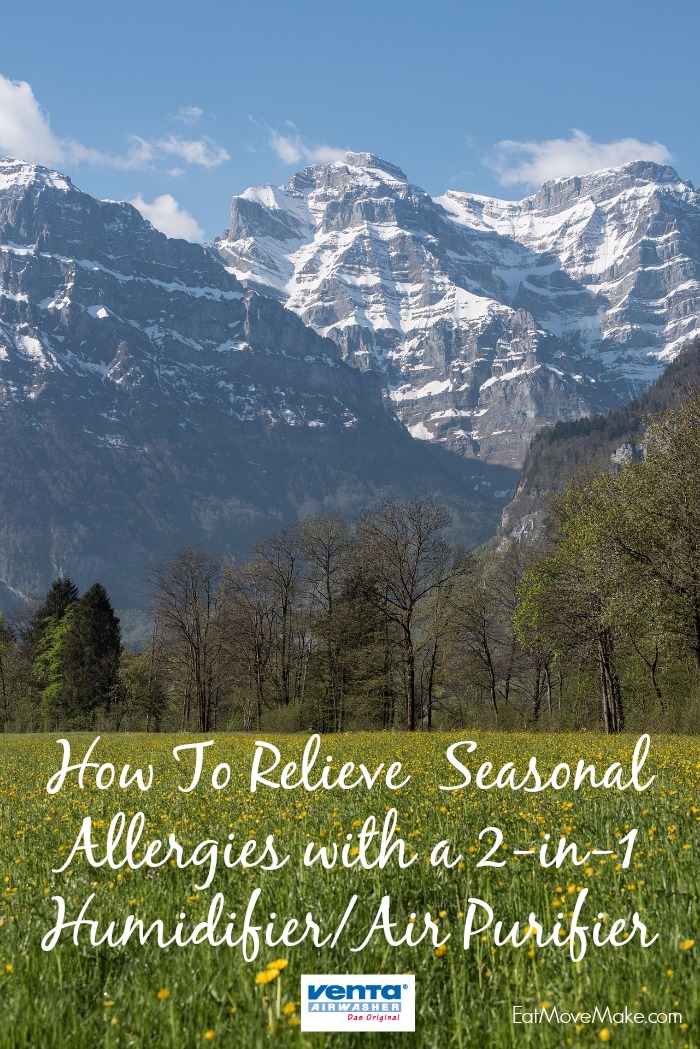 I received the Venta Airwasher for purposes of this review. All opinions are my own.

So here it is – the LW45 2-in-1 humidifier and purifier. Even though this particular unit can work on a much larger area (up to 800 square feet) I welcomed it into the bedroom where the king of snoring and seasonal allergies resides. 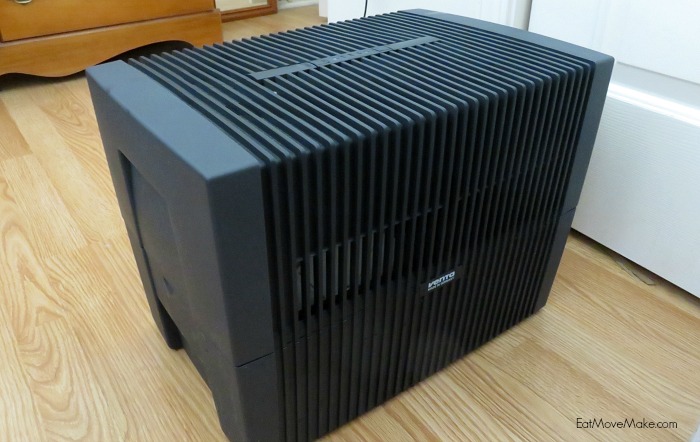 Unboxing is a whole big thing now, but when I got the Venta Airwasher, it was so stinkin’ easy to start using, I just well… started using it. You literally fill the reservoir with water to the fill line, pop the spinning disk unit back into the machine, close the lid, plug it in and turn it on. There’s a water treatment additive you’ll pour in as well. 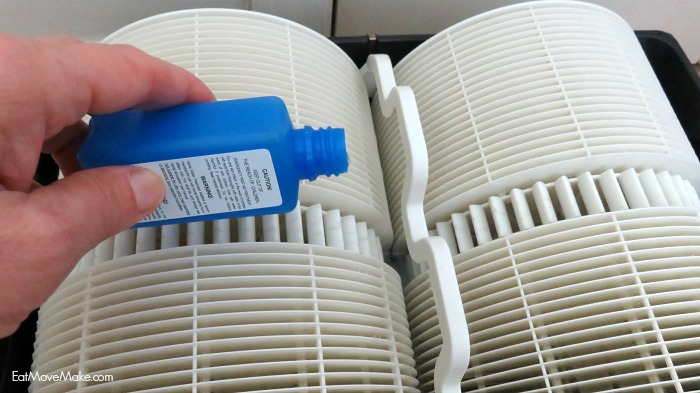 The water treatment additive serves to increase the water surface area for better evaporation, and also helps cut down on the calcium and lime build-up. I clean mine about once a month, and there’s definitely less build-up than on any other humidifiers I’ve owned (and thrown away).  Another plus is that there’s none of that weird white dust.

But I will be honest. I’m not thrilled that I’m going to have to keep buying the additive indefinitely to keep the unit at its most efficient. Not a deal breaker though, because the Venta Airwasher works.

The motor circulates the air through the water reservoir and over the spinning disks. As the water evaporates, the unit pulls moisture into the air as needed while simultaneously removing pollen, bacteria, odors and pet dander.

It has significantly reduced the allergens floating around my home because there have been a lot less sniffles, sneezes and itchy eye problems from seasonal allergies this year. (This happened when I moved the Venta Airwasher into the family room.)

The improved moisture in the air has cut back on dry, itchy skin considerably.

It’s quiet! (Listen to it in the video.)

It’s easy to clean – no filters. I typically wipe it down with a soft cloth, but if the cord and motor are removed, the remaining parts could be washed in a detergent-free dishwasher cycle on low or cold.

There’s none of that weird white dust you get from other humidifiers.

It’s easy to fill, and when the unit needs to be refilled, an indicator light turns on and the machine turns off.

It helps remove cigarette smoke odors. I loaned it to my daughter for the summer, and the Venta Airwasher is doing a great job of reducing the odors emanating from her neighbor’s apartment.

The improved moisture in the air has lessened the severity of the obnoxious nighttime snoring to which I am subjected. Thankyousomuch.

It’s made in a factory completely powered by wind energy.

What frustrations have you experienced with humidifiers and air purifiers? What problems could the Venta Airwasher 2-in-1 humidifier and purifier solve for you?