I’ve been craving apple pie lately, but I can’t exactly bake just one slice now, can I? Eight slices are dangerous, so I decided to nix the whole pie idea. Instead, I took the apple pie idea and turned it into an apple pie smoothie with my Smoothie Start blender. 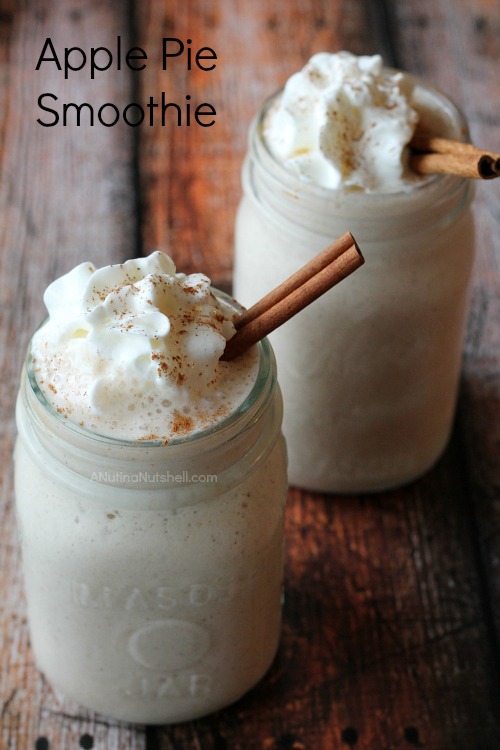 Hamilton Beach had sent me the Smoothie Start blender to try out, so this was the perfect excuse to use it. It has a 45-second auto smoothie blending cycle which moves from pulse to mix without having to touch any additional buttons.

The initial pulsing breaks down the ice and large chunks, then it gradually powers up from low speed to high speed to do the mixing and smoothing. It’s a blender with a brain. 🙂

In addition to the auto smoothie feature, it has buttons to pulse, crush ice, mix and puree.  The powerful 700-watt motor is loud, but then I’ve never expected a blender to be anything but loud. Have you?

The snug-fitting lid has a built-in spout from which you can pour, but I personally prefer to pour directly from the glass pitcher itself. I don’t know why, I just do. By the way, the machine has a 40-ounce (5 cup capacity) so it holds a lot! 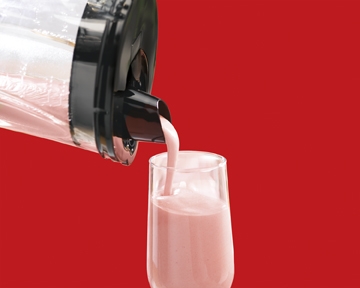 Clean-up is easy since the blender and lid can be washed in the dishwasher, and the cord tucks in underneath to help avoid counter top clutter.

And just in case you’d like to make yourself an apple pie smoothie too, here’s the recipe! 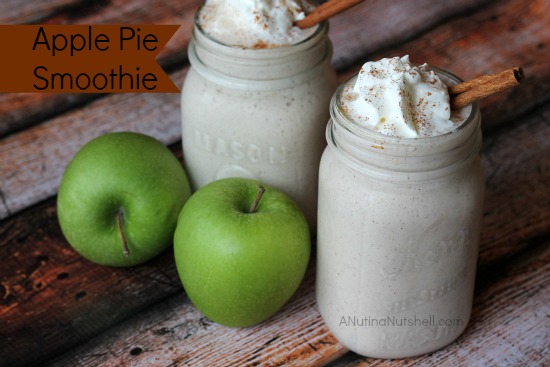 Buy It: You can purchase the Smoothie Start Blender

at Amazon or from Hamilton Beach directly for $39.99.