As an Amazon Associate and member of other affiliate programs, I earn from qualifying purchases.
356shares

This Cinnamon Swirl Crumb Cake Trifle recipe was created in partnership with Krusteaz, and it’s absolutely delicious. Yes, that’s my opinion, but I think you’ll agree with me when you taste it.

The holidays will be over soon, and we’ll be packing up the decorations and finishing up the last of this year’s Christmas cookies and eggnog. But before you put everything away, we recommend you save a little bit of your eggnog for this scrumptious new year’s dessert! 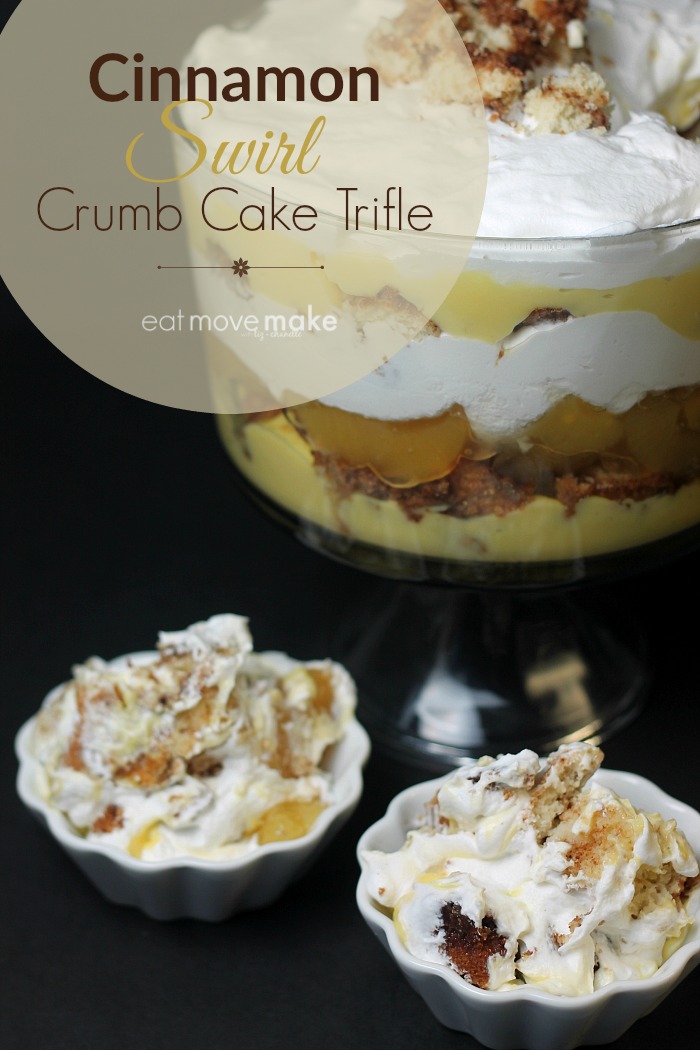 Eggnog? Yep, eggnog, because eggnog doesn’t actually taste like eggs. If it did, I’d have nothing to do with it. Trust me. Personally, I think eggnog tastes like a melted holiday-spiced shake, and it works beautifully in this cinnamon swirl crumb cake trifle.

The key to the whole shebang is the Krusteaz Cinnamon Swirl Crumb Cake & Muffin Mix though. Gotta have that!

So, bake it according to package directions in a square baking pan, and let it cool. Then cut it into cubes, and it’s ok if you sneak a cube or two for tasting purposes. But you need the rest for the trifle! 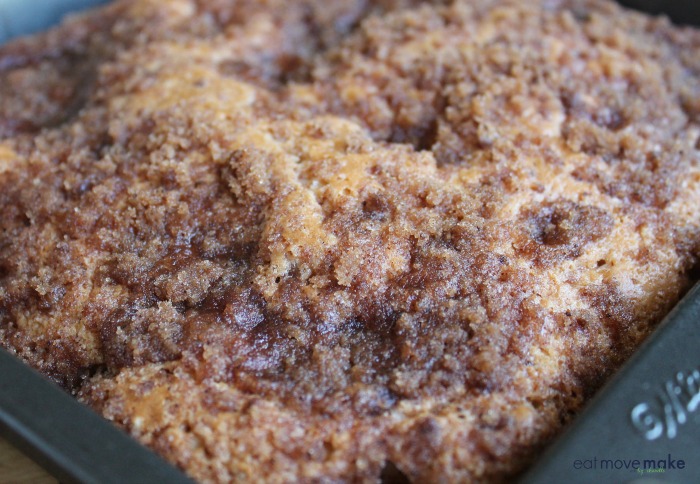 Layer all the ingredients, and then refrigerate the trifle for a few hours to give everything the chance to get real friendly with each other. 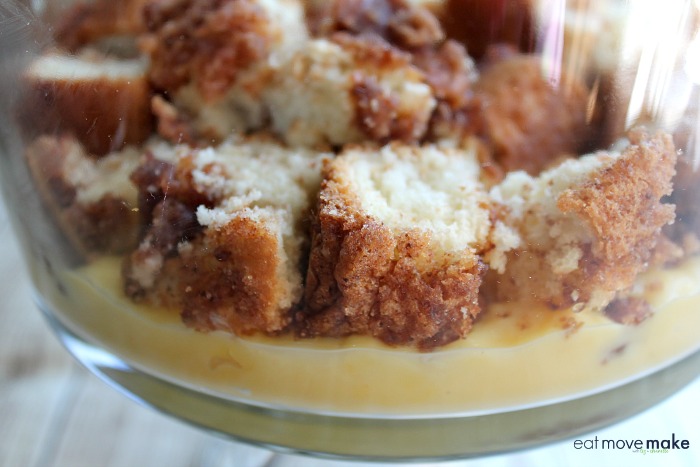 Then spoon into serving dishes, and have at it! 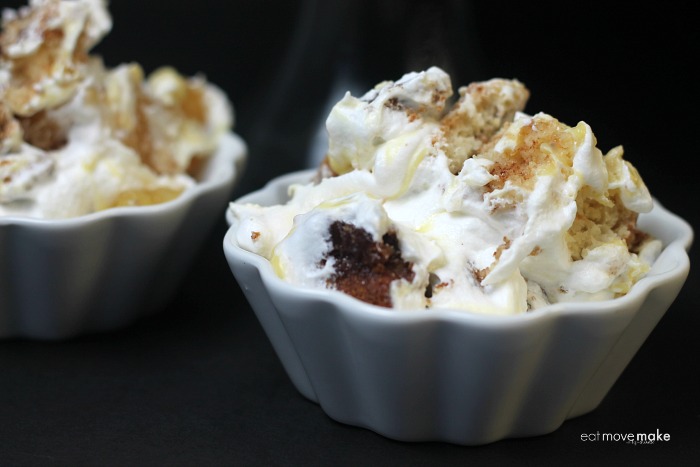 Now that’s the way to bring in a new year, don’t you think? Get the complete recipe here!