As an Amazon Associate and member of other affiliate programs, I earn from qualifying purchases.
77shares

Have you ever tried motion sickness bands?

I get sick from rocking, spinning, twirling and all things virtual reality. A couple of years ago, I took a helicopter ride in Hawaii and thought I was going to DIE. It was beautiful up there, but I spent the whole time trying not to throw up.

My daughter gets soooo sick in taxis, on buses and pretty much anytime she’s riding in a vehicle as a passenger.

So when the makers of Reliefband 2.0 asked if we’d like to try out their new motion sickness wrist bands. we said yes. As it happens, we were about to take a cruise so the timing was perfect.

Were we skeptical? Of course, but we were also hopeful. (But, we did bring Dramamine along just in case.) 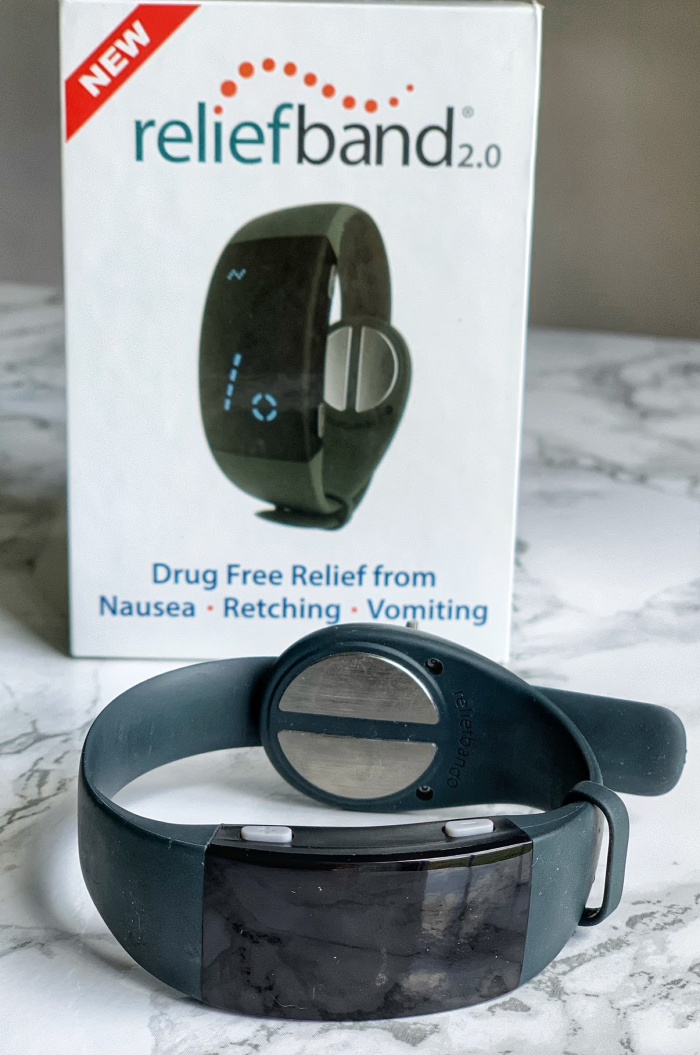 HOW TO WEAR A RELIEFBAND 2.0

To ensure you place the device in the proper spot, find the P6 area on the underside of your wrist. It’s between the two tendons about an inch or so below where your wrist bends.

Apply a small amount of the conductivity gel (included) to this area and spread it in a quarter-sized circle. Then place the metal plates of the motion sickness bracelet right on top of the gel circle and fasten the device snugly.

The Reliefband 2.0 will send electrical pulses through the nerves with the idea being that it will block the part of the brain which controls nausea and vomiting.

The intensity of the electrical pulses can be controlled and adjusted. If you feel a little zinging in your palm and middle fingers, you know it’s working. 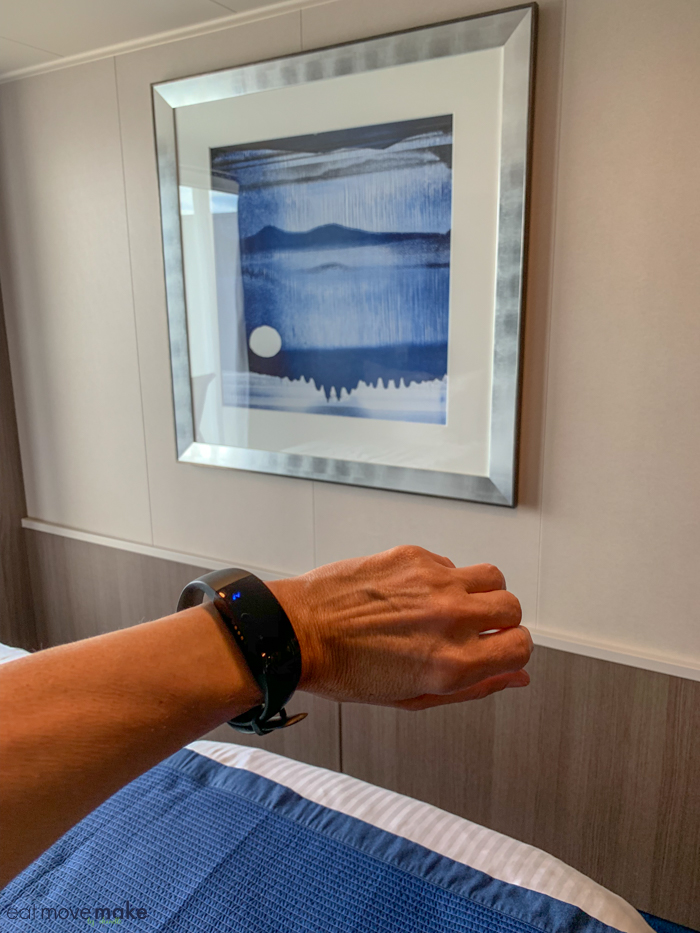 I kept my intensity pretty high throughout the entire cruise and surprisingly, my daughter kept hers pretty low.

But we wore them every day – all day, and adjusted the intensity as needed.

And we never got sick! 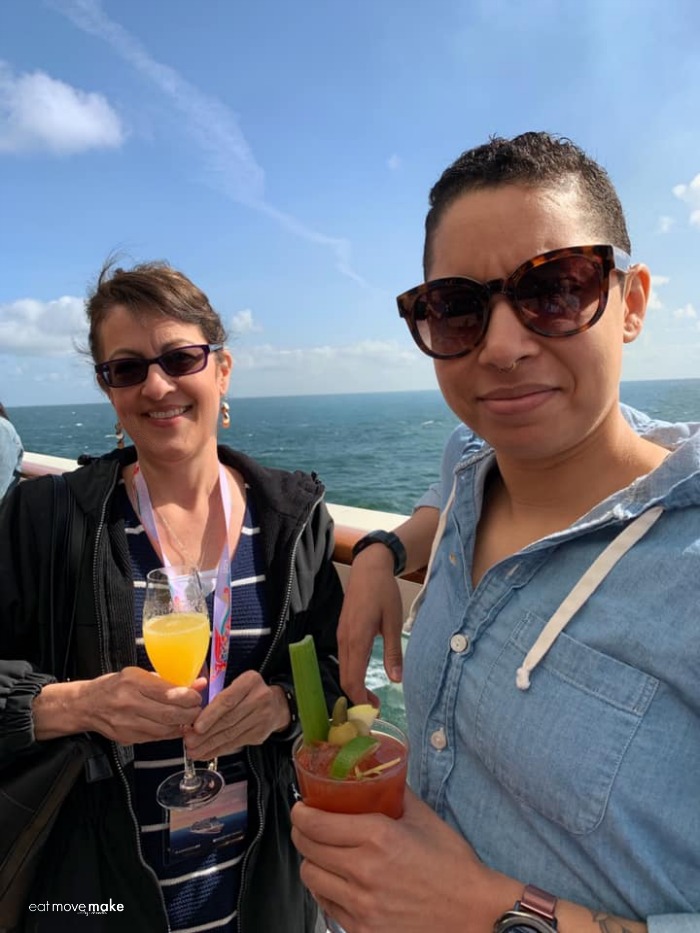 My Reliefband is hiding behind the celery. lol

The conductivity gel should be reapplied every few hours or if you find the tingling sensation has diminished, and you do need to make sure the contact plate and your wrist are kept clean to ensure maximum effectiveness.

The motion sickness wrist bands operate on rechargeable batteries, so we took them off each night and let them recharge. In spite of the fact I wore mine at a higher level intensity, the charge held from morning to night and the motion of the ocean didn’t seem to bother me while I was sleeping… thankfully. 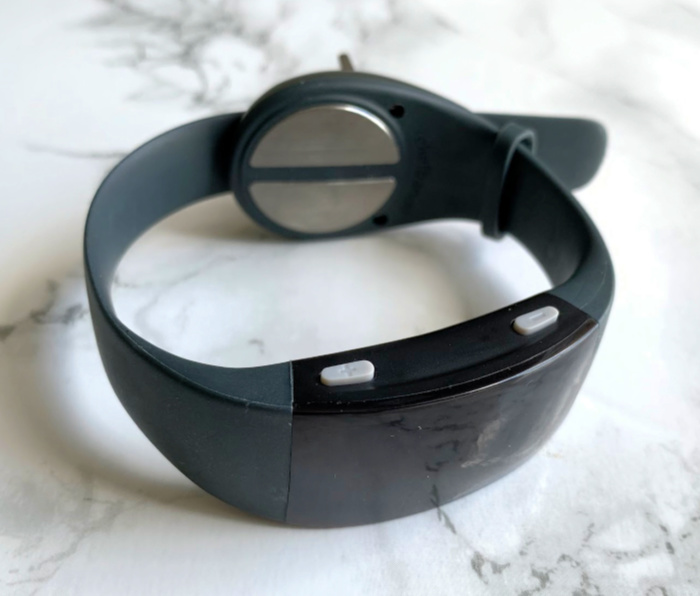 Final Thoughts: The Reliefband 2.0 motion sickness wrist bands definitely kept nausea at bay on the open seas and we never had to take Dramamine. When I take my next cruise this fall, you’d better believe I’ll be wearing it again.