As an Amazon Associate and member of other affiliate programs, I earn from qualifying purchases.
189shares

These steak and potato foil packet dinners were sponsored by Better Than Bouillon as part of an Influencer Activation for Influence Central and all opinions expressed in my post are my own.

Fire up the grill with flavor and serve a fun campfire meal at home with these easy foil packet meals. Loaded with chunks of perfectly marinated steak and lots of veggies, these foil packs make a perfectly easy summer meal for the family.

Plus, cooking on the grill keeps any extra heat out of the kitchen in the summer! 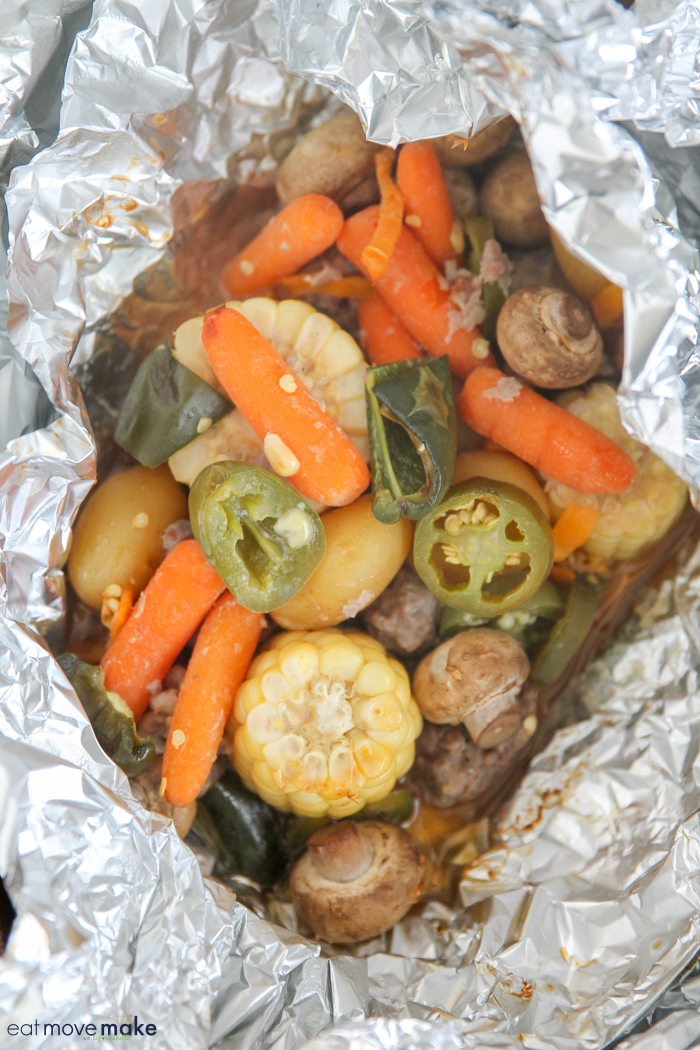 To boost the flavor of the steak and potatoes, I like to use Better Than Bouillon. It’s a concentrated flavor paste akin to bouillon powder and bouillon cubes, but Better Than Bouillon dissolves smoothly and doesn’t have the gritty texture other bouillons often have. It’s also a great alternative to canned broths that expire soon after being opened.

To make my steak and potato foil packet dinners, I cut NY strip steak into cubes. 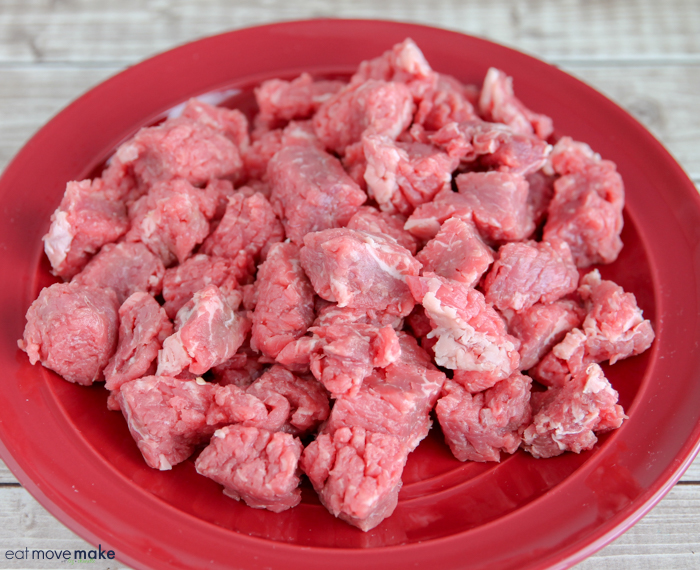 And then I prep all my veggies. 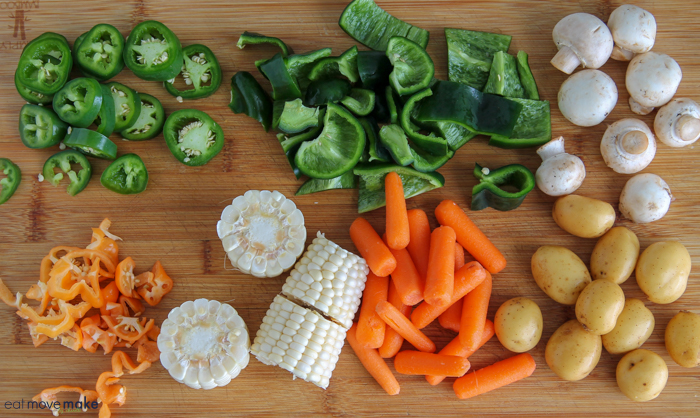 The beauty of making foil dinners is that you can completely customize them to your personal taste.

Choose the veggies you love the most!

And then choose a Better Than Bouillon base to boost the flavor of the steak and potato tin foil dinners.

I use Roasted Garlic as a marinade, but Beef or Mushroom would be delicious too.

Mix it with some water and then let the strip steak soak up the goodness for a couple of hours in the fridge. 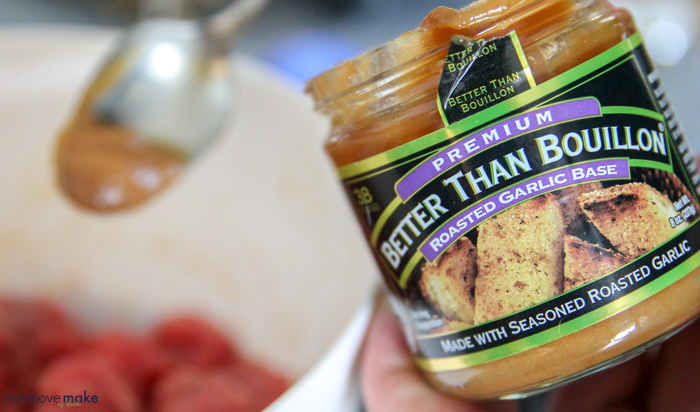 And then divide the meat and veggies evenly between the four servings. Seal up the foil packet meals, making sure to leave room for steam to vent at the top. 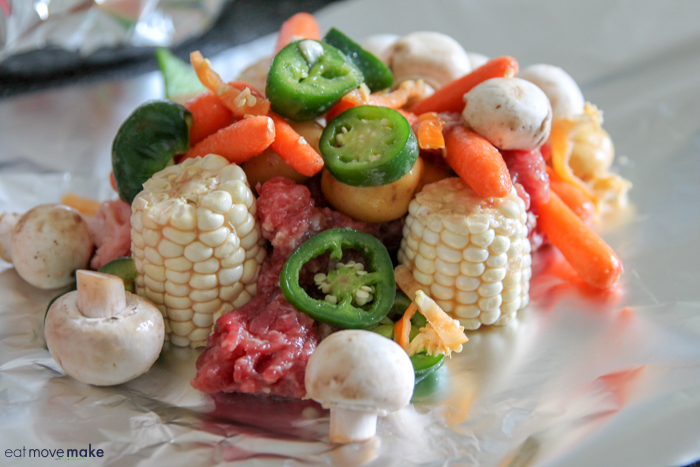 Finally, place the foil packs on the grill over indirect heat and let them cook for a good 45 minutes to an hour, periodically rotating them on the grill. They’re ready when the meat and veggies have reached your desired level of doneness. 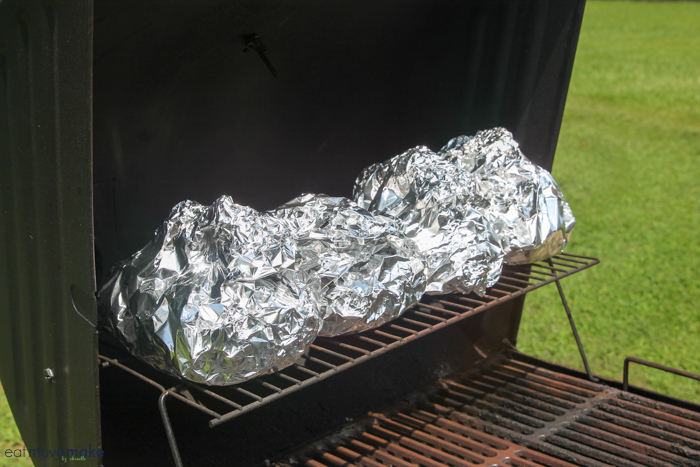 Carefully open up your steak and potato foil packet dinners and dig in! 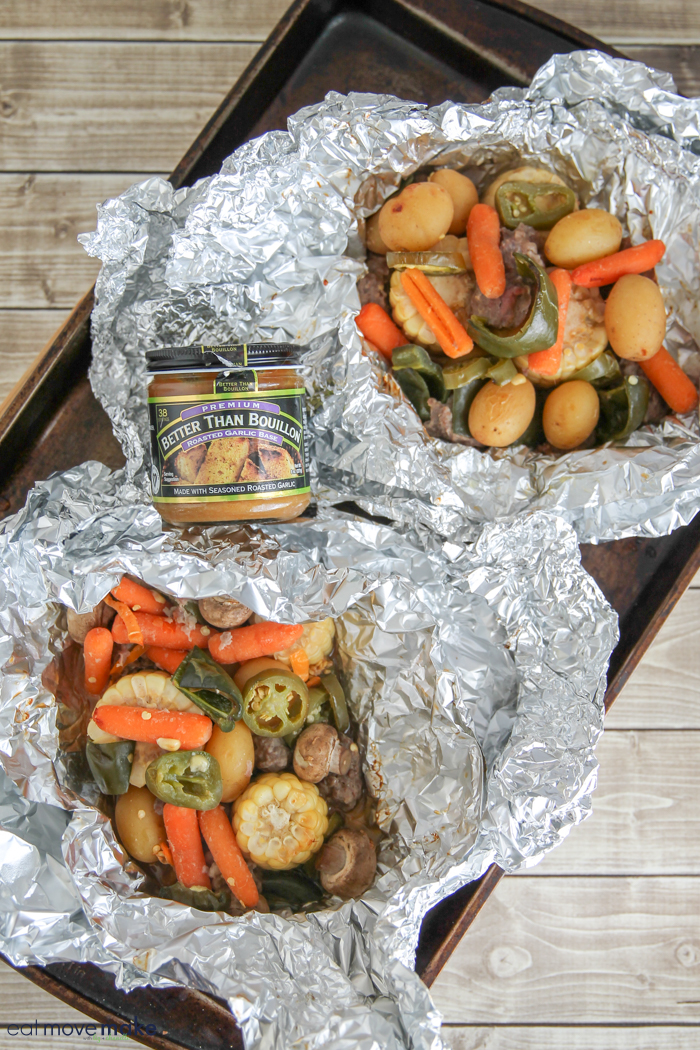 It’s so easy to level up whatever you’re grilling with the flavor boost of Better Than Bouillon and cooking foil packet meals makes clean-up a snap. 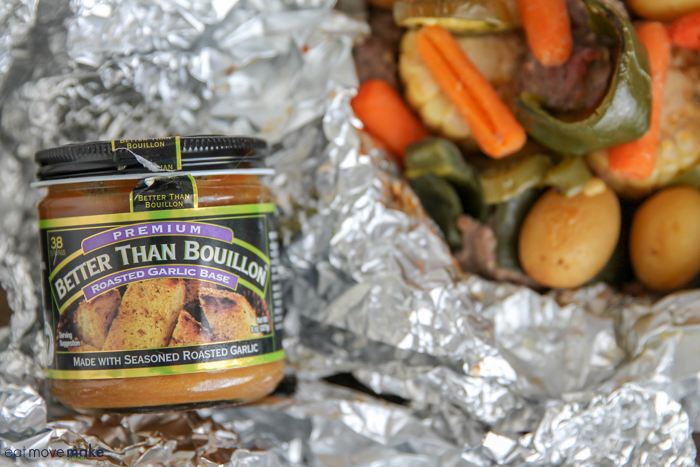 Pin these steak and potato foil packs for grilling inspiration! 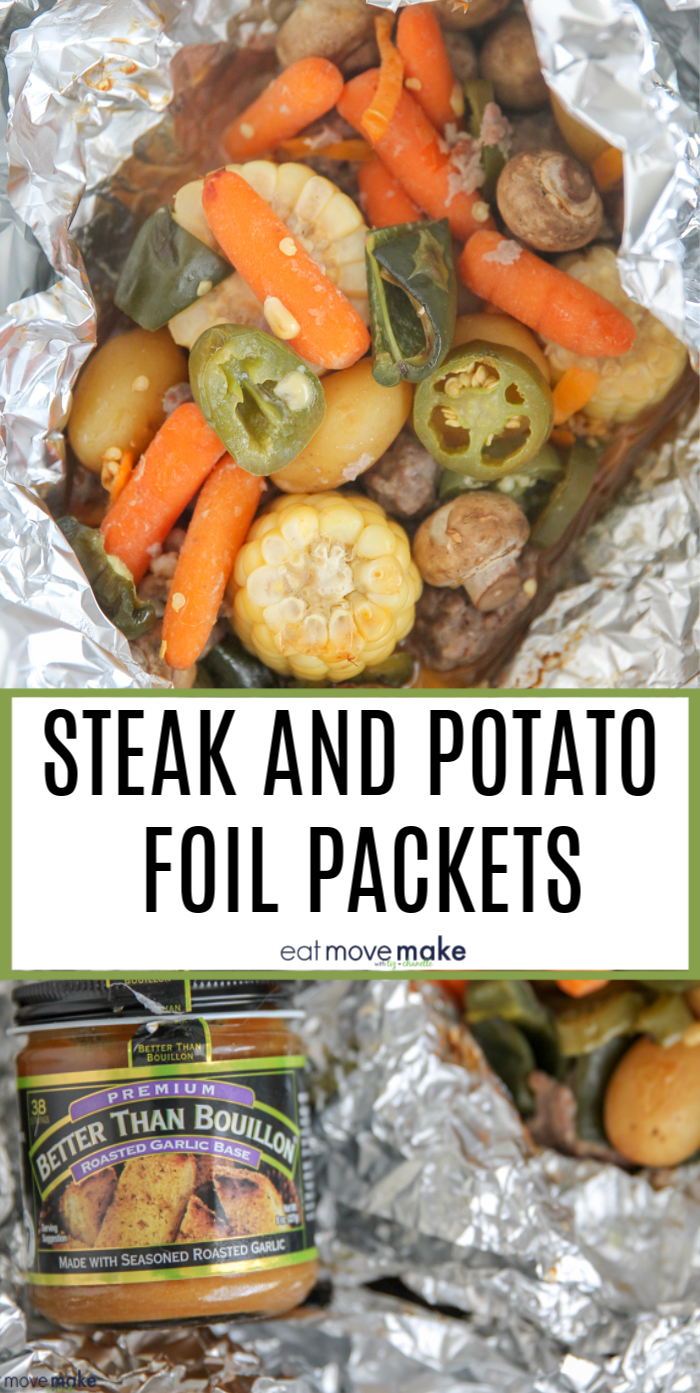 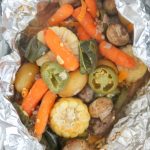 Transform your grilling recipes this summer with Better Than Bouillon! Get some today!