Home » Style & Beauty » What I Wore for the Big Move

I mentioned this in my recent post about my old, decrepit joints, but I finally made the big move from eastern NC back to “the big city”!

I’m now in a suburb of Raleigh, and while Raleigh is a big city (431K population) compared to where I moved from, it’s nowhere near the size of Columbus, Ohio (822K population), where I lived for most of my adult life. Still, it feels much more like home for a city mouse like me. When I moved to North Carolina, the plan all along was to end up in Raleigh, but it took me about a year and a half to make it happen. 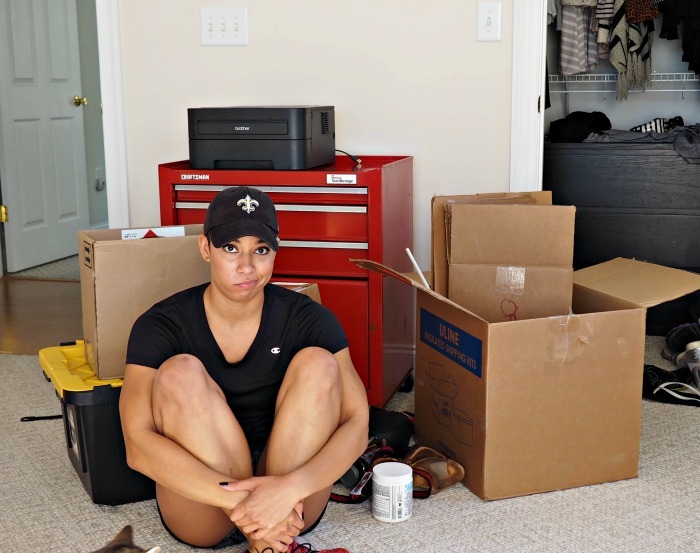 Soooo while being here is great, the moving part was pretty stressful. Packing was stressful, hiring movers was stressful, unpacking continues to be stressful. And on top of it all, I had to bring my little friend Mony with me, and I was stressed that she was stressed. Sigh. At least I lived to tell the tale!

And I didn’t have to stress about what to wear. Champion sent me a couple of pieces from their Vapor X-Temp line and I’ve been trying them out over the past month or so. They’ve been put through the ringer with a trip to Orlando, multiple washes, and the move to Raleigh! 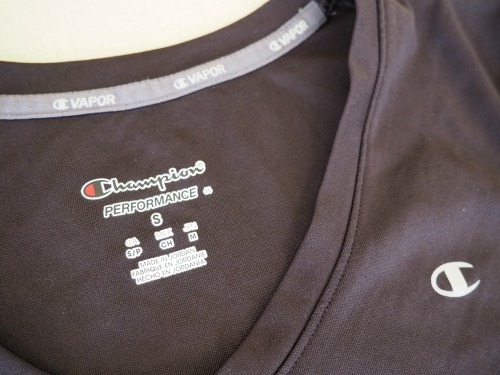 I picked out a black v-neck tech shirt (size small) and a pair of grey and black patterned running shorts (also size small). Both the shirt and shorts feature Champion’s Vapor technology with X-Temp, which wicks sweat away from you and keeps you dry.

The shirt has flat seams and is tagless, so there’s nothing to rub against me while I’m moving around. (Two of the most important things I look for in workout clothes.) 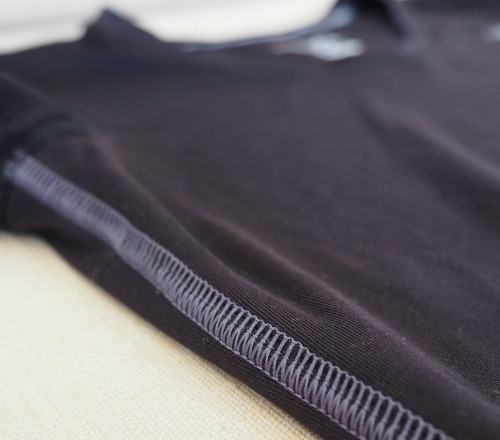 I love how the shorts fit. They have a really flattering cut that isn’t too short or too long, and since they have built-in undies I could use them for running if I wanted to. There’s a hidden drawstring inside the waistband that won’t get lost or tangled in the wash since it’s a full loop rather than just a string. It’s about time we came up with a solution to that problem! 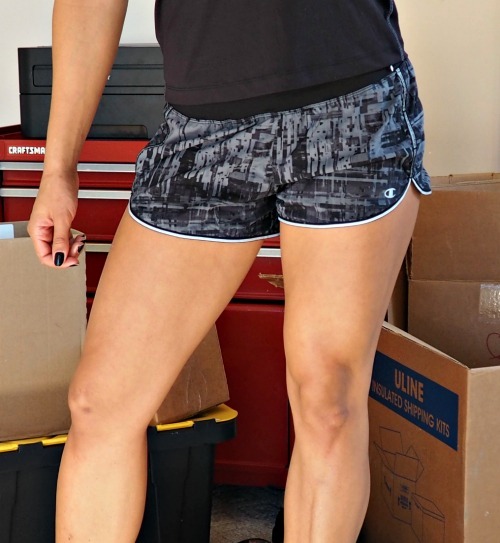 Champion’s new Vapor X-Temp collection also includes sports bras, capris, socks, and this really cute loose mesh tee that I’m thinking about picking up, so if you’re not a shorts person you’ll still find something you like! Shop the whole collection here.

This is a sponsored conversation written by me on behalf of Champion. The opinions and text are all mine.