I had no idea pumpkins would be so hard to find in mid-November. I had such a hard time getting one that I was thisclose to picking up a cast-off pumpkin I saw in a ditch at the side of the road! Seriously.

Can’t a girl make a fresh pumpkin recipe anymore? Sheesh Guess I’ll have to pumpkin shop before Halloween next year.

I finally managed to find a white heirloom pumpkin and I was on my way to making a stew-y pot of punkin’ goodness. 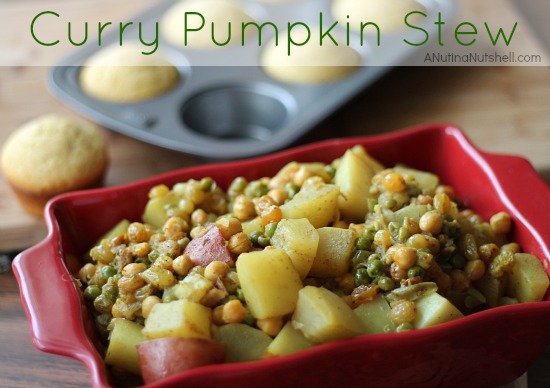 I had been sent a bunch of Good Cook bakeware and goodies, so I used the Good Cook Pumpkin Scoop to make scooping out the pumpkin guts a breeze. It’s serrated on the side, so it really scrapes all that stringy stuff out nicely. Get one. (Walmart)

Then I chopped that pumpkin into chunks for stewin’. I’ll be putting a roast on those seeds later too. 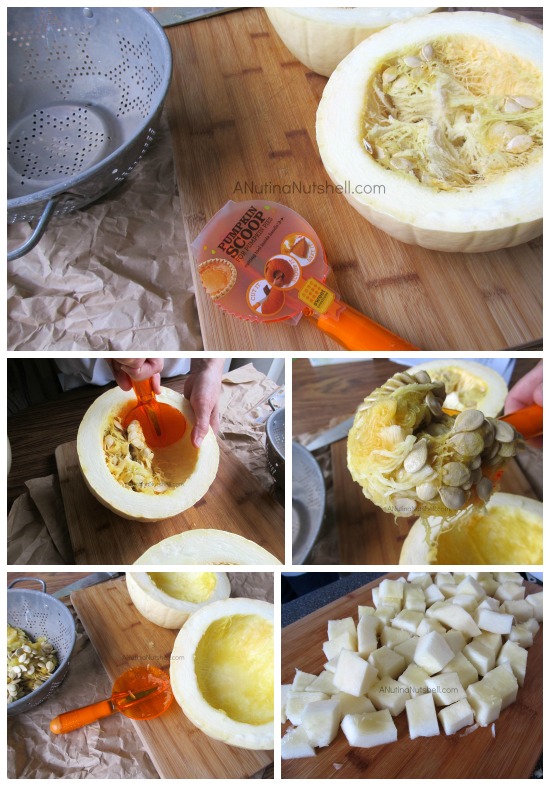 I started out with sautéing the onions, garlic and ginger before adding the pumpkin, potatoes, and everything else. In about half an hour’s time, I had a warm, tender and flavorful dish so perfect for Fall.

Adapted from Country Living Curried Pumpkin and Peas.
Tried this recipe?Let us know how it was!

I also baked some corn muffins in a Good Cook EZ-release muffin pan. Oh my gosh, they practically floated out of it. Get one of those too. 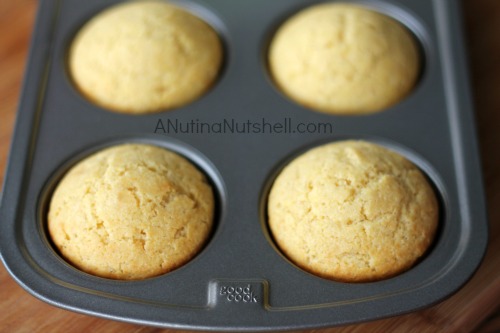 I had never cooked with fresh pumpkin in my life before, so I had no idea whether I’d like the taste or texture, but I really did. I’d make it again (pre-Halloween, of course). 😉 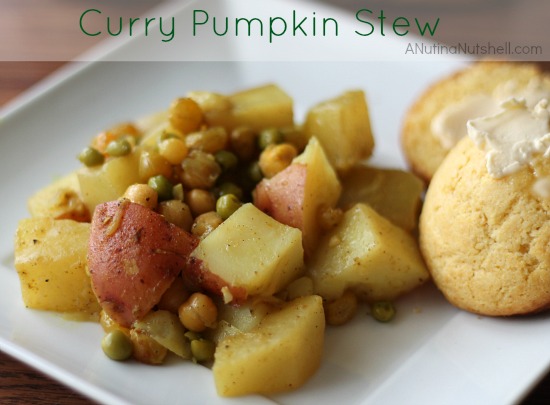 By the way, Good Cook is having a #ThanksgivingTips Twitter Party on Monday, November 25th 6pm ET, so join us! We’ll be talking everything Thanksgiving, from turkey prep to decorating the table. Prizes too, of course! RSVP here. (The first 500 to RSVP by Nov. 23 receive a free set of turkey lifters.)

Have you ever tried a recipe with fresh pumpkin before? What was it?