As an Amazon Associate and member of other affiliate programs, I earn from qualifying purchases.
103shares 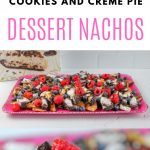 Thank you Edwards® Desserts for sponsoring this Cookies and Creme Pie Dessert Nachos post. Head to the frozen desserts aisle of your grocery store to pick up your favorite Edwards pie!

Last week I was at the grocery store to get cake and ice cream for my son’s birthday and for some reason, I felt really meh about it.

Why must birthdays always have cake and ice cream?

And in that instant, I decided to “melt” that tired old ice cream idea for something much more fun: Cookies and Crème Pie Dessert Nachos! 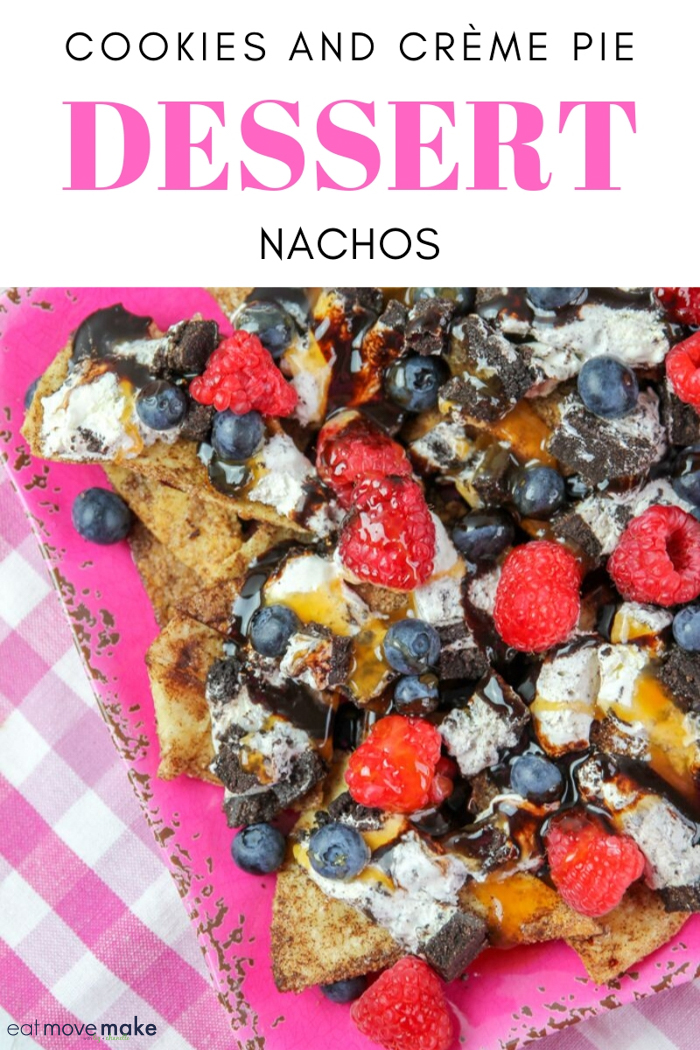 What’s the key to making the BEST cookies and crème pie dessert nachos? 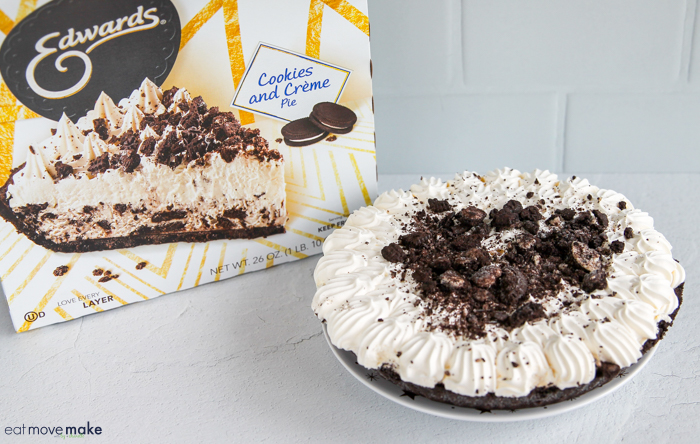 And it’s the essential ingredient in my blow-your-mind cookies and crème pie dessert nachos.

It makes the perfect birthday dessert! 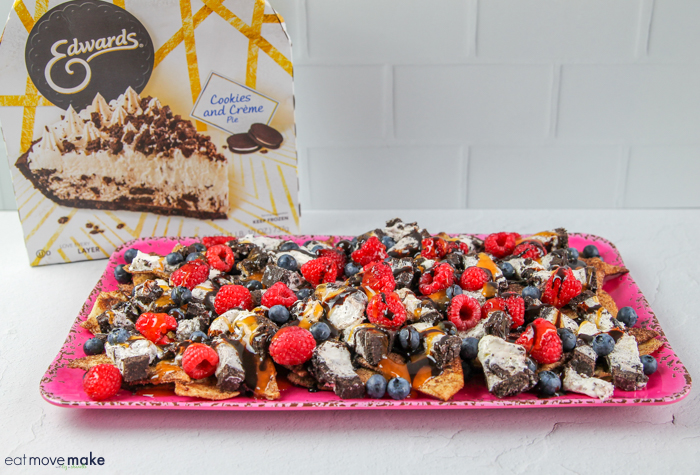 Cut 8 flour tortillas into triangles (like a pizza), slather them in melted butter and coat with cinnamon sugar. Bake them in the oven until they turn light golden brown and are crisping. Let them cool completely. They’ll crisp up even more as they cool down. 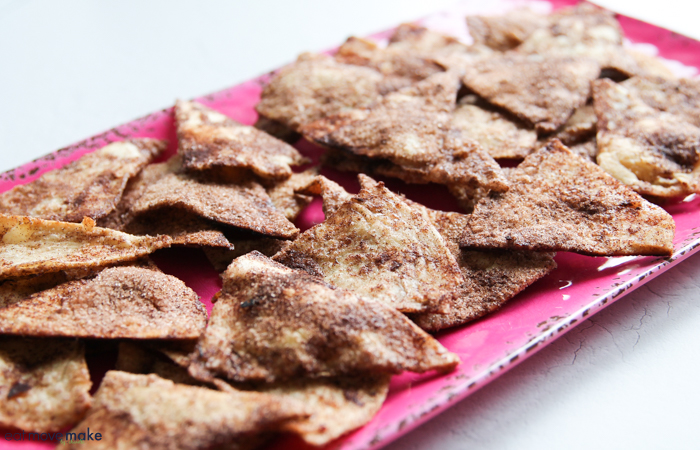 Now slice the frozen Edwards Cookies and Creme Pie in half. Save one half for later! Cut the pie into chunks and lay on top of the cinnamon chips.

Load it up good – use the entire pie half. Trust me. 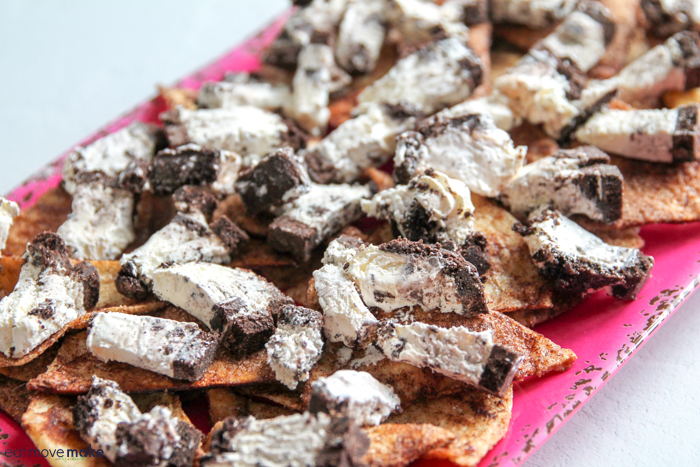 Then sprinkle on some fresh raspberries and blueberries. 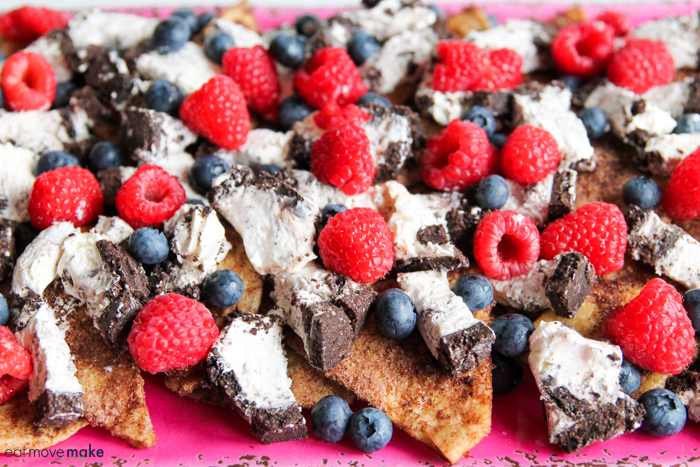 Next drizzle some caramel and chocolate syrup over everything. 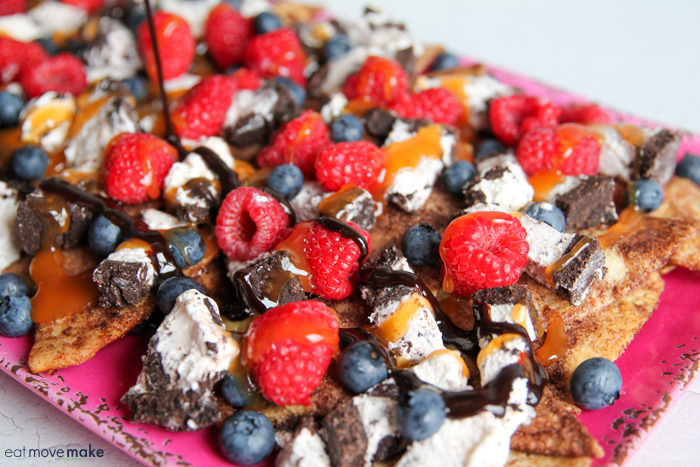 Then grab one of those cookies and creme pie dessert nachos, close your eyes and bite. 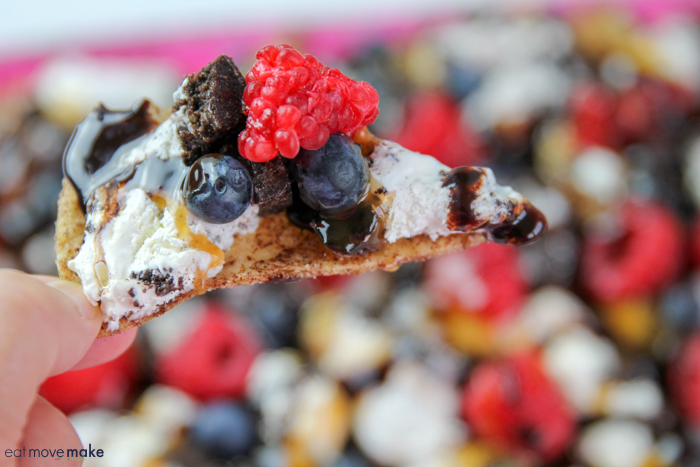 The creaminess of the thawing Edwards pie is the perfect replacement for ice cream – but even better. 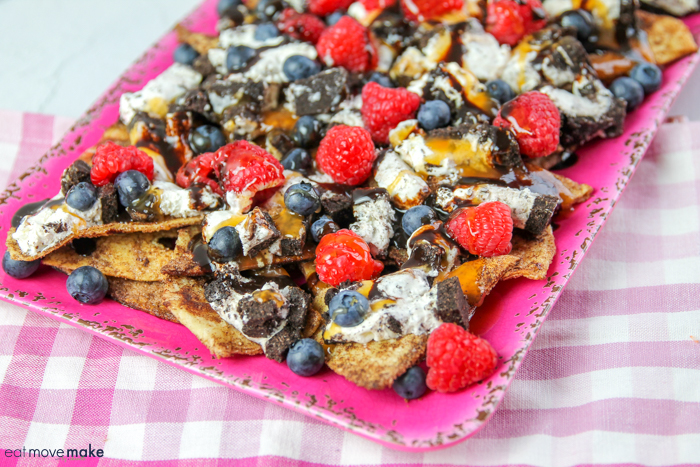 Enter the giveaway for the chance to win the Edwards pie of your choice! 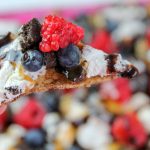 A spatula makes a great serving utensil for the dessert nachos.