As an Amazon Associate and member of other affiliate programs, I earn from qualifying purchases.
1027shares 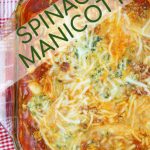 Not only is this no boil manicotti with spinach and cheese mouthwateringly good, it’s easy to make because you don’t have to boil the manicotti noodles beforehand.

I really don’t mind stuffing cooked shells (even though they always tear) but going the no boil pasta route is so much simpler. 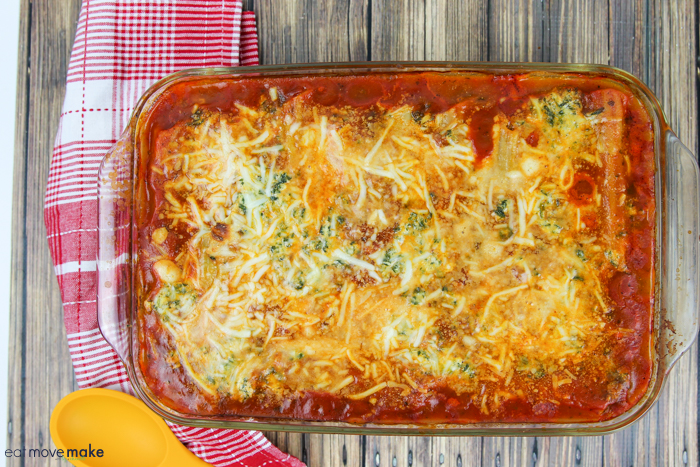 How to Make No Boil Manicotti with Spinach and Cheese

The first step is to make the spinach and cheese filling.

Make sure the frozen chopped spinach is thawed and drained very well. Use a paper towel to press as much moisture out of it as possible.

Mix the spinach, ricotta cheese, onion powder, garlic powder, pepper, fresh parsley and some of the Mozzarella and Parmesan cheese in a bowl. I use grated Parmesan cheese for this filling, but you could use shredded or fresh grated. 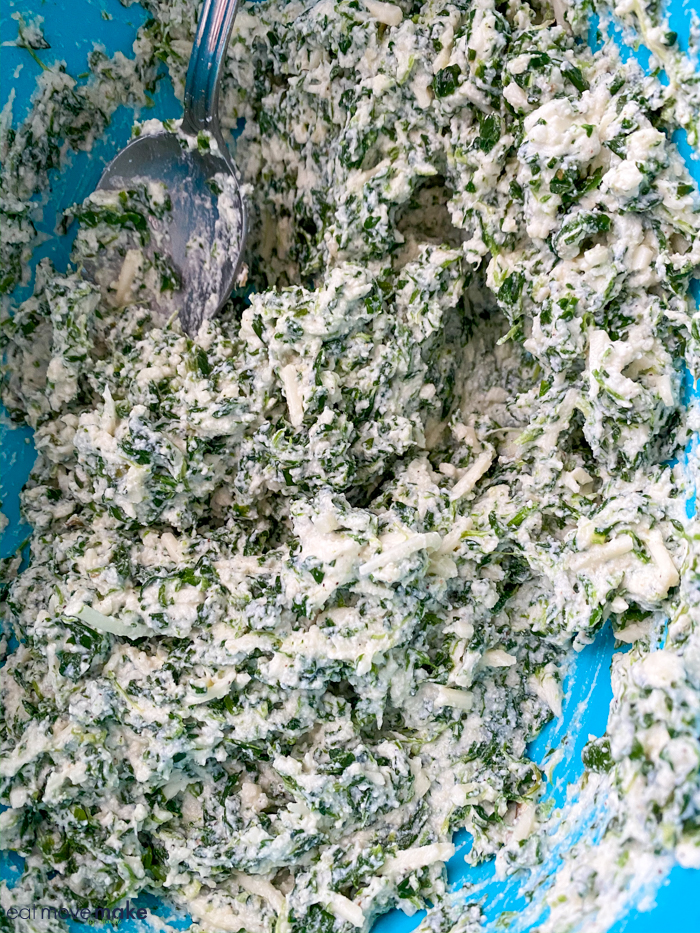 Mix two big jars of marinara sauce with water and spread one cup of the sauce on the bottom of a 9 x 13-inch baking pan. 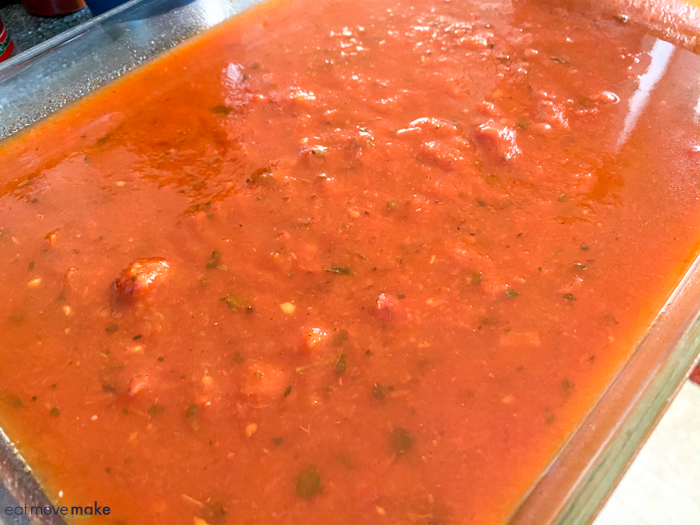 How does no boil manicotti get soft?

No boil manicotti noodles soften during baking with the moisture from the sauce, so it’s important to have enough liquid, hence the reason I added water to the marinara sauce. If you don’t have enough liquid, they’ll end up being chewy and nobody wants that.

How to stuff manicotti shells

The most efficient and least messy way would be to pipe the spinach and ricotta cheese mixture from a piping bag or heavy-duty gallon-sized bag with the tip cut off. However, I don’t really care about being messy so I just use a small spoon and my fingers. 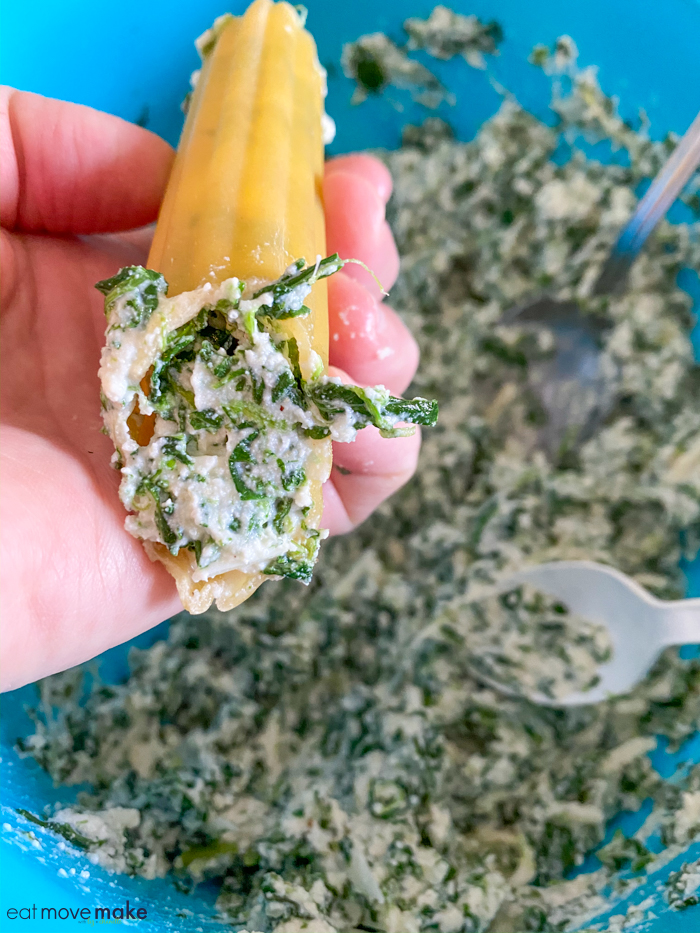 Once the manicotti are all stuffed, lay them all into the sauced up baking pan. 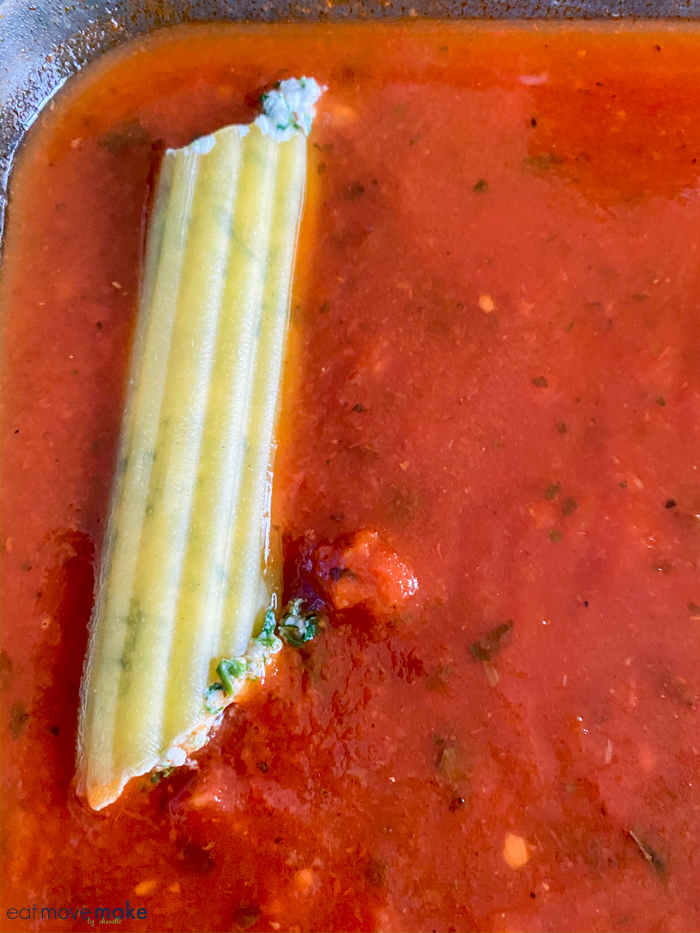 Then pour the remaining sauce over the top. Push the shells down into the sauce so that they’re covered as much as possible with sauce.

If I have any leftover filling, I’ll toss that in too. 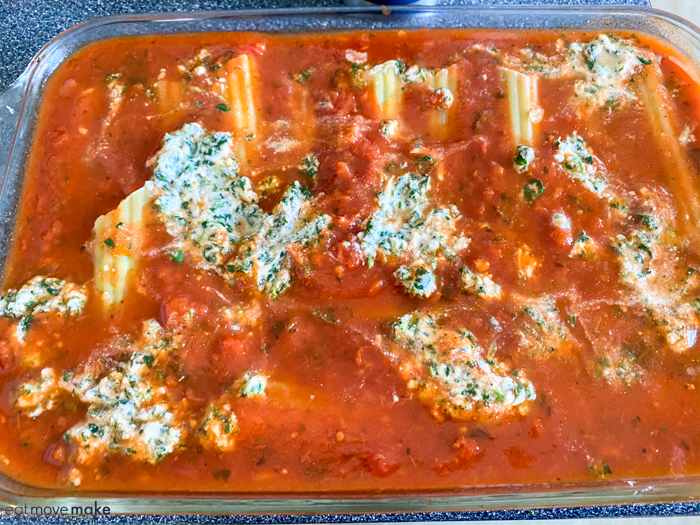 Then I sprinkle the rest of the Mozzarella and Parmesan cheese over the top and cover the dish tightly with foil. Refrigerate until ready to bake. 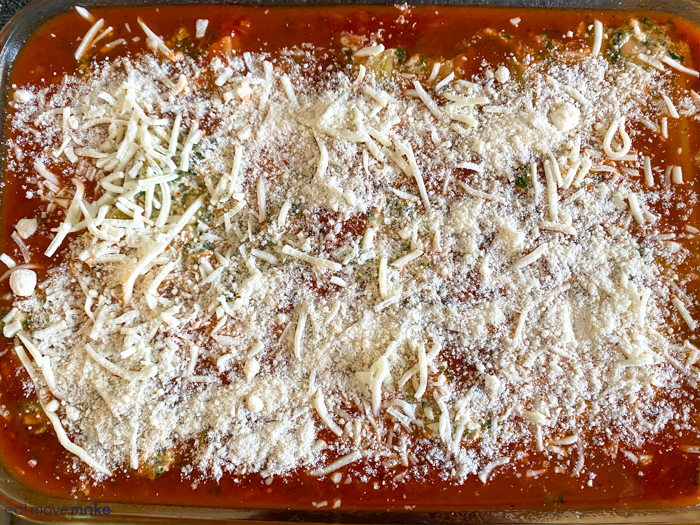 Make sure foil is tightly covering the dish and bake about 1 1/4 hours or until manicotti is tender and the entire dish is completely heated through. 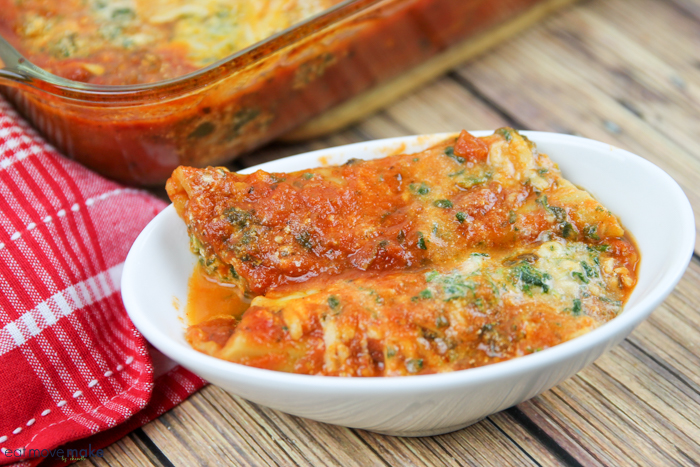 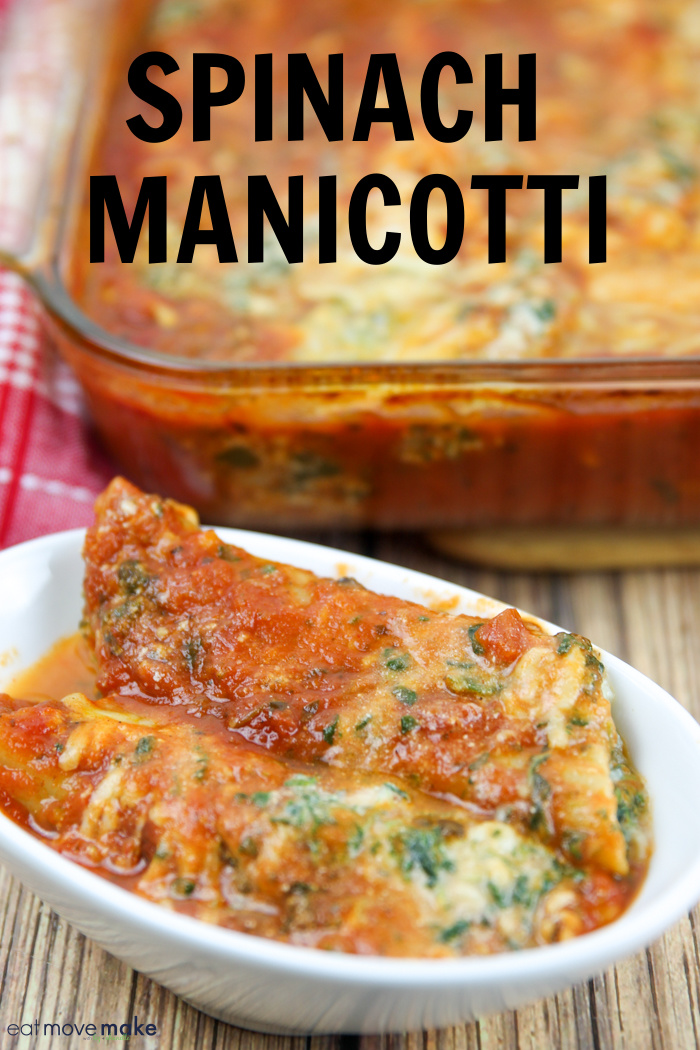 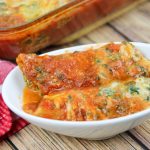 No Boil Manicotti with Spinach and Cheese

Use a paper towel to remove as much moisture as possible from the spinach before using.