As an Amazon Associate and member of other affiliate programs, I earn from qualifying purchases.
229shares

Blueberry bread pudding with candied bacon is like having breakfast for dessert. Yes, please. When sweet and savory find a way to hang out, I’m the third wheel they never saw comin’.

And bonus points for bread pudding — it’s so dang easy to make. 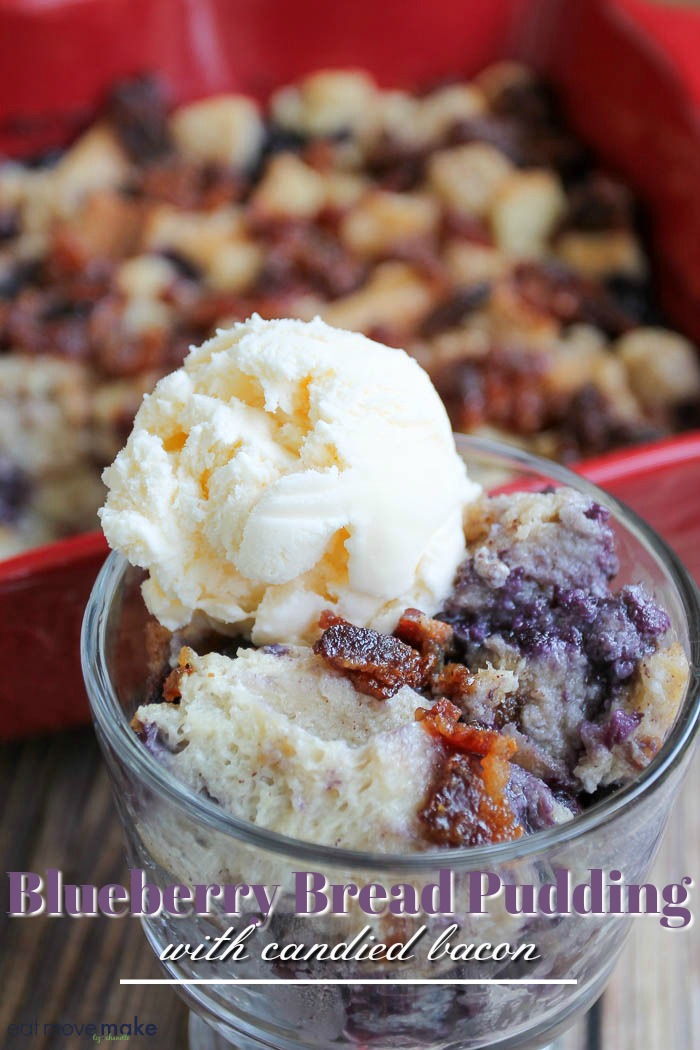 Throw some cubed bread in a bowl. (Day or two-old bread is great because it’s thirsty.) Then add the liquid mixture and stir to make sure all those bread cubes get a drink. 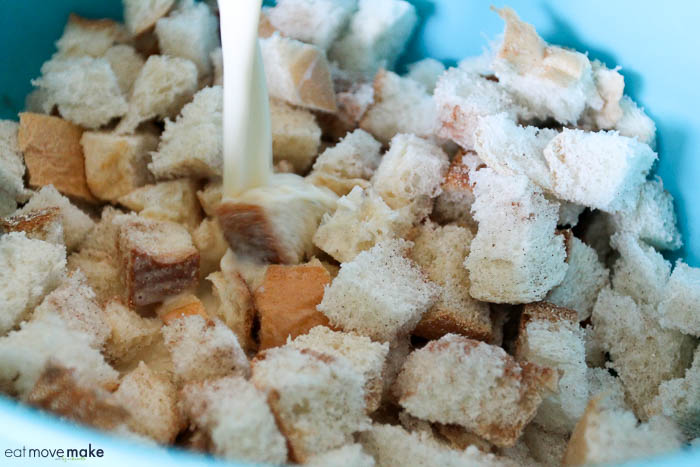 Gently fold in the blueberries. 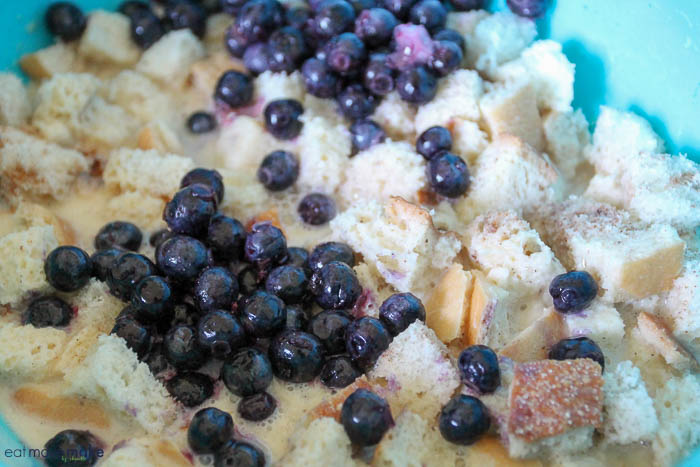 Pour it into a baking dish and sprinkle with all those bits of yummy candied bacon and pop it in the oven. 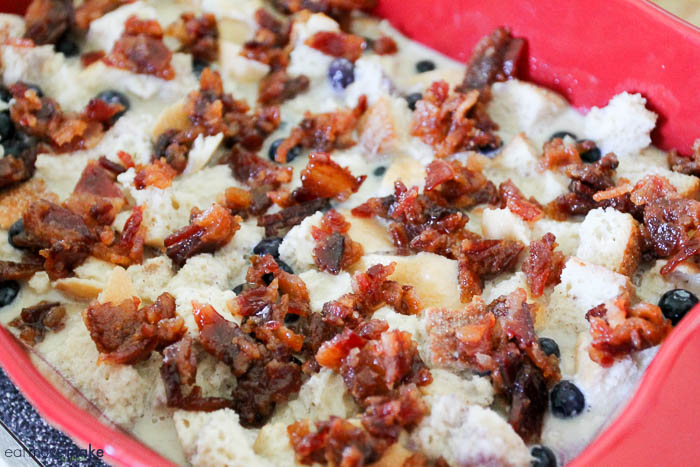 When it’s ready, you can dig in as is or get even naughtier by adding a scoop of ice cream. 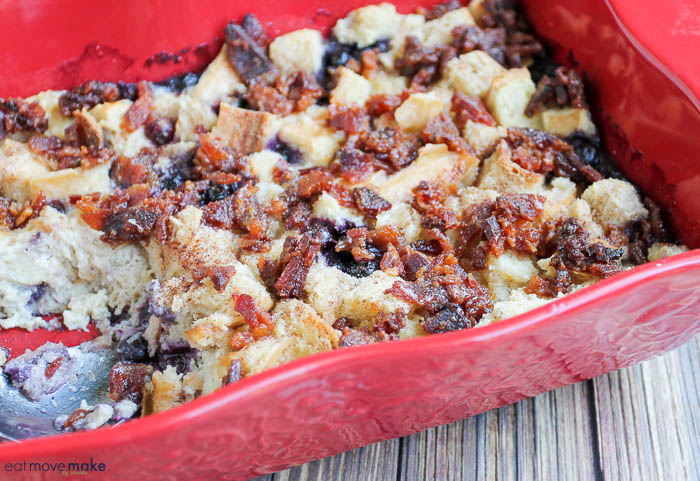 I sit in the ice cream fan section myself. 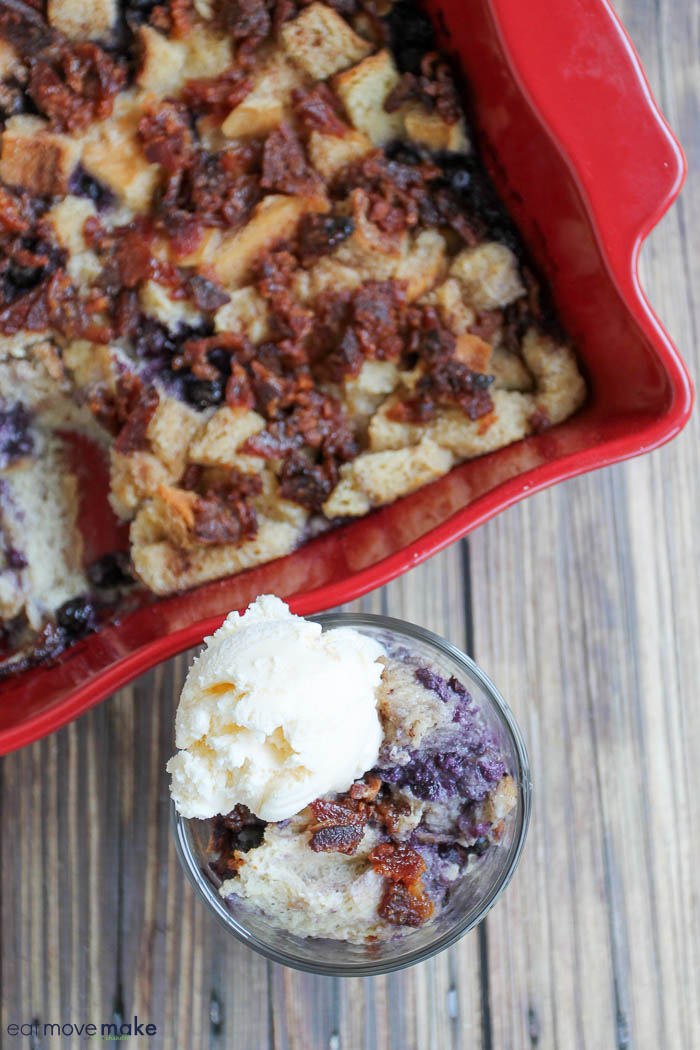 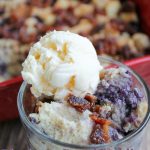 Enjoy! And check out our other blueberry recipes for more dessert ideas!