As an Amazon Associate and member of other affiliate programs, I earn from qualifying purchases.
303shares

his Queso Fundido recipe post is sponsored by Real California Milk but the content and opinions expressed here are my own.

The best part of the holidays is being with the people I love the most, but my food traditions are a close runner-up. Between the taste of those favorite recipes and the memories that go along with them, it just wouldn’t be the holidays if they didn’t make an appearance year in, year out.

Christmas dinner with my family, for instance, doesn’t include a turkey, ham or roast beef. We skip the big dinner and serve appetizers instead… lots and lots of appetizers. One of our favorites is queso fundido, an ooey gooey cheese dip with sausage or chorizo. 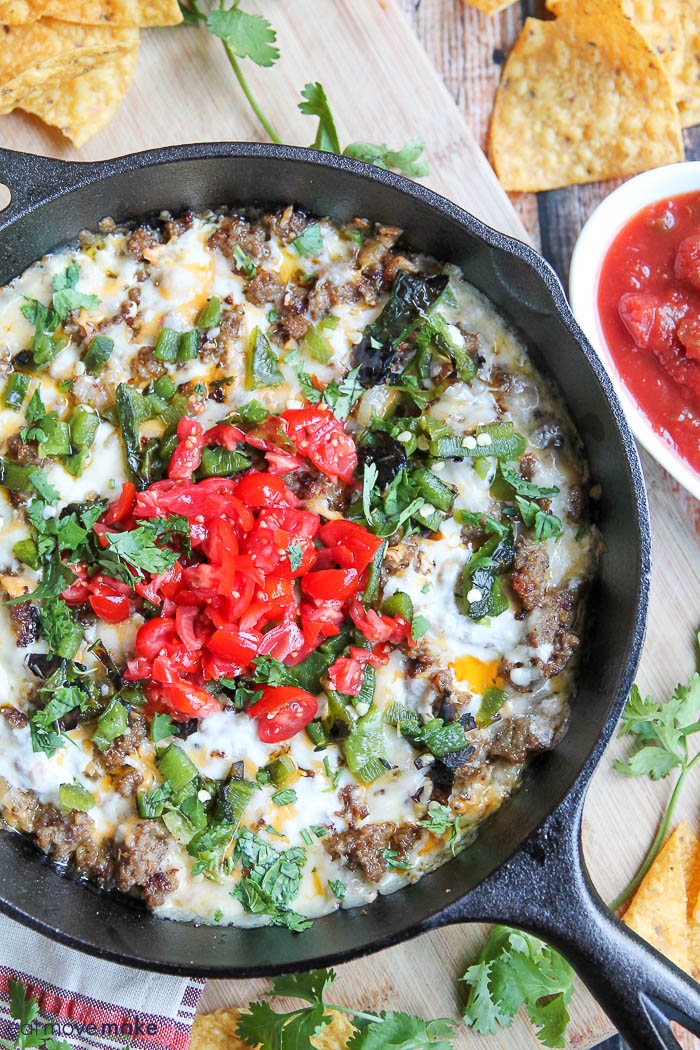 If I didn’t make this every year, there’d be a huge uproar and I’d probably be fired from the family. 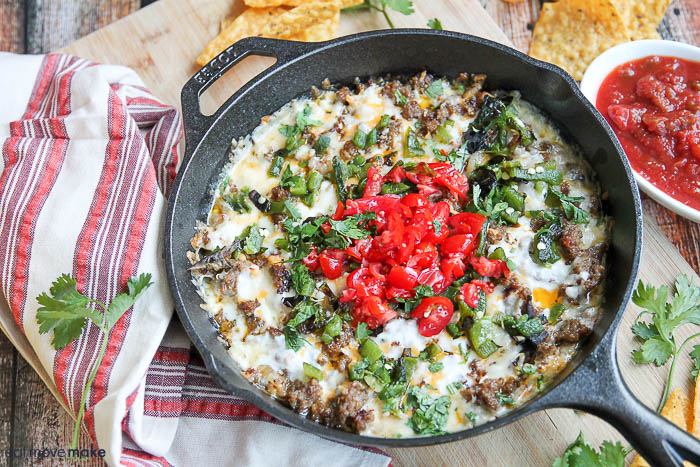 The key to a great Queso Fundido is the cheese. Look for California specialty and Hispanic-style cheeses with the Real California Milk seal on the package. That’s how you ensure you’re bringing something special to the holiday table. 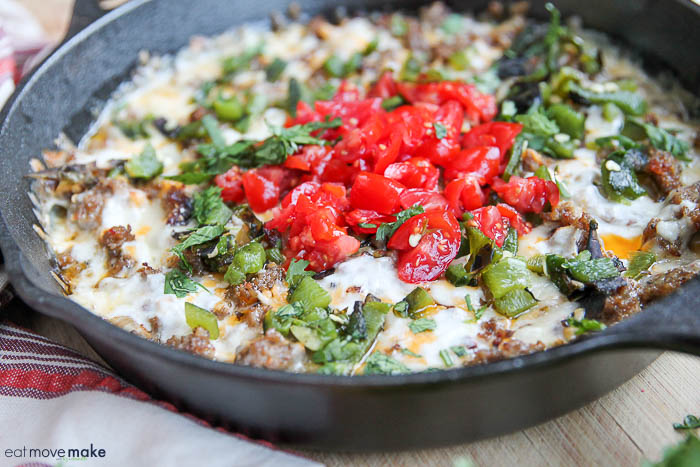 I use four different kinds of cheese for mine: Queso Blanco, Oaxaca, Sharp Cheddar and Pepper Jack and I buy it in blocks so that I can grate it fresh myself. 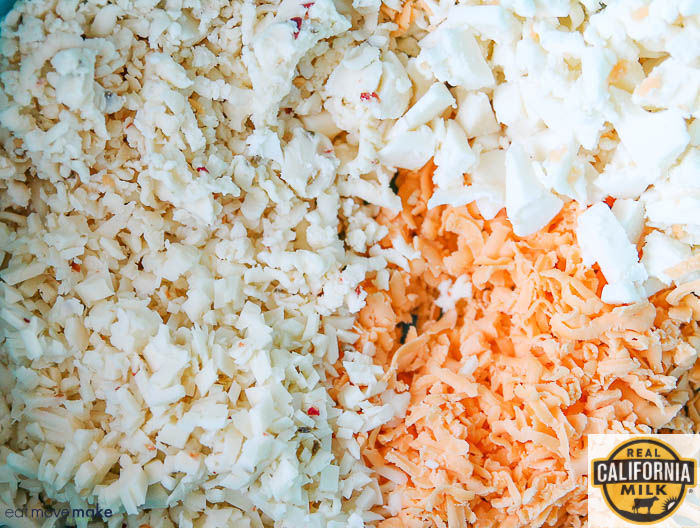 First I broil a couple of poblano peppers in the oven until they blister and blacken. Once they’re cool, I chop them up, and I don’t worry about the seeds. 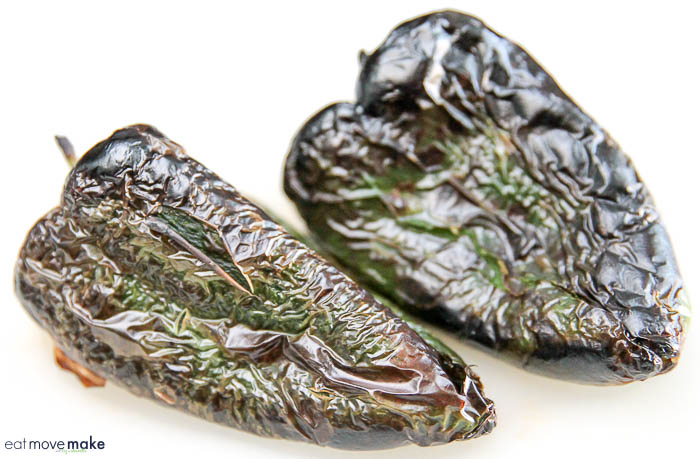 I also saute some onion and then cook either a spicy breakfast sausage or chorizo until it’s browned and crumbly. Either type of sausage will work fine, so go with your fave. I tend to switch it up all the time. 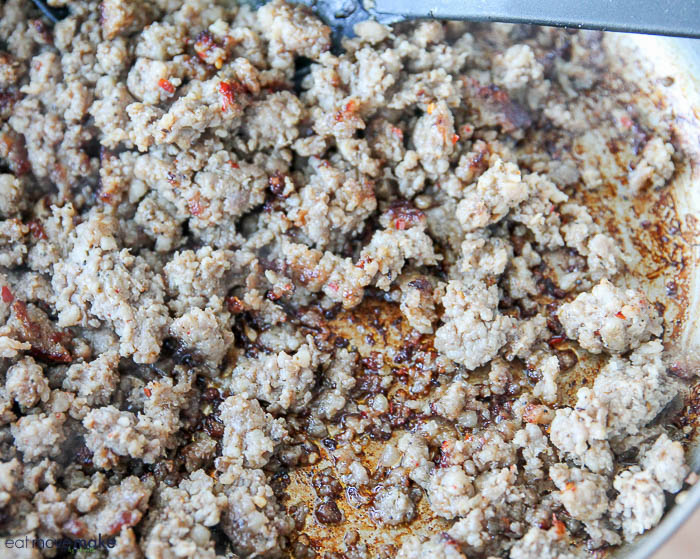 Then I layer the cheese and sausage a few times, sprinkle with the roasted peppers and bake it until the cheese is melted and bubbly. 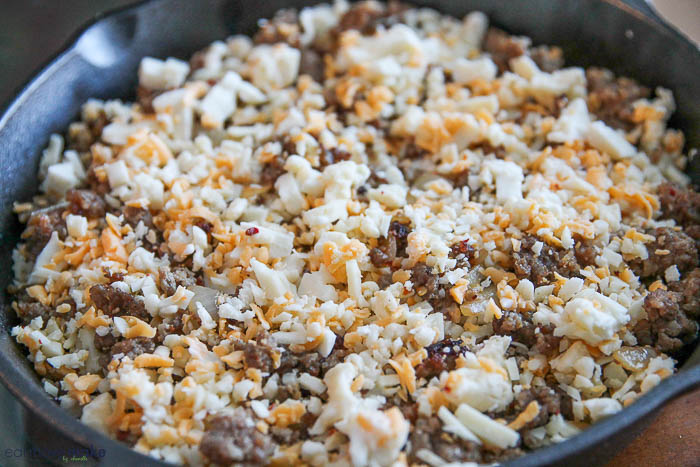 Sprinkle on some freshly chopped tomatoes and cilantro, grab a tortilla chip (or ten) and dig in! 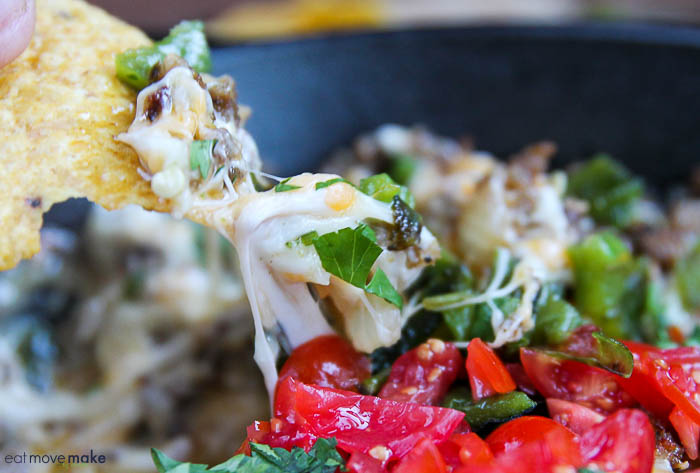 I hope you love Queso Fundido for the holidays as much as me and my family do. It’s so darn good. 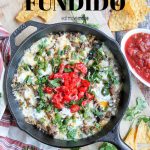 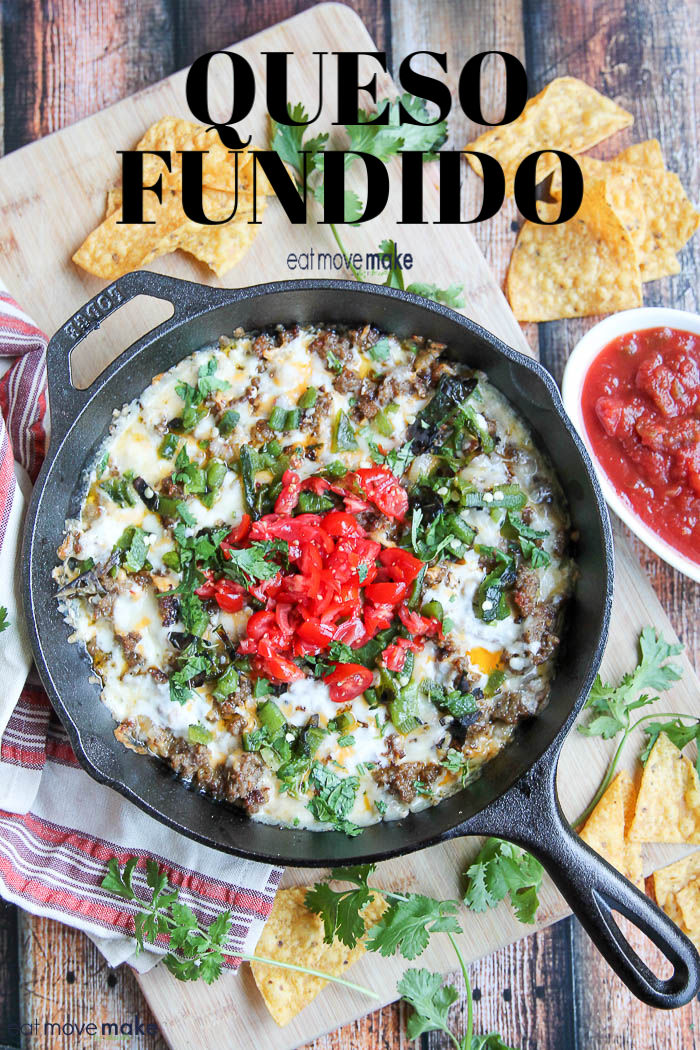 Find a retailer near you selling Real California Milk cheese and bake up a skillet of Queso Fundido to add extra fun and flavor to your holiday menu this year.