As an Amazon Associate and member of other affiliate programs, I earn from qualifying purchases.
142shares

This deviled egg pudding cake was my boyfriend’s dream. Sometimes he comes up with these visions in his head, and he’s determined to see if he can make it happen. I had planned on making deviled eggs for Easter, so that’s probably what kicked off his crazy notion of a cake that looks like a deviled egg.

Well, I gotta hand it to him. He nailed it. Or darn close.

And his finished deviled egg cake is made of cake, pudding and frosting. Easy. 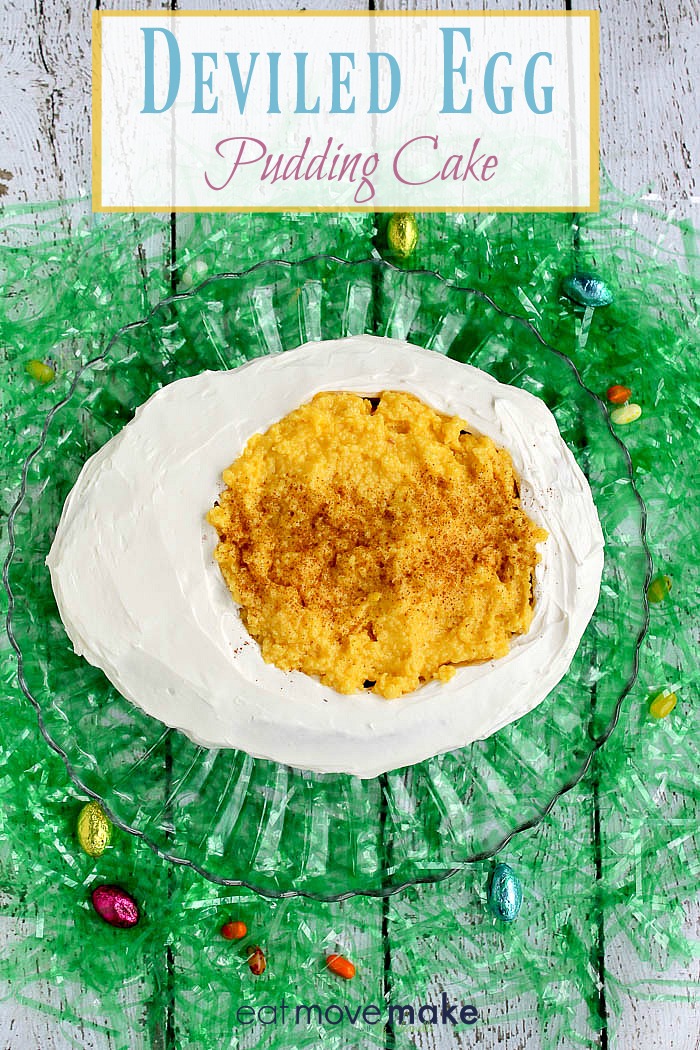 As mentioned, his number one goal was to make a cake that looks like a deviled egg. He didn’t care if it looked like a dessert, or appetizing, or anything else. (Good thing he’s not a food blogger.)

So you know how deviled egg filling is sometimes a bit chunky… yeah, that’s what he was going for. It’s a combination of cake and pudding, but you could fill it with just pudding if you wanted it to be smooth.

Tastes good either way, y’all. I mean, it’s cake. And pudding. And frosting.

So here’s the 411 on how to make this deviled egg pudding cake.

Let it cool completely, then using a cake leveler, remove the curved top so you have a flat cake. If using a football pan, you’ll want to slightly round the edges to make it perfectly egg-shaped. Then scoop out some of the cake, so it resembles the shape of a hard-boiled egg with yolk removed.

Now you frost the sides and flat top of the “egg” with white icing. 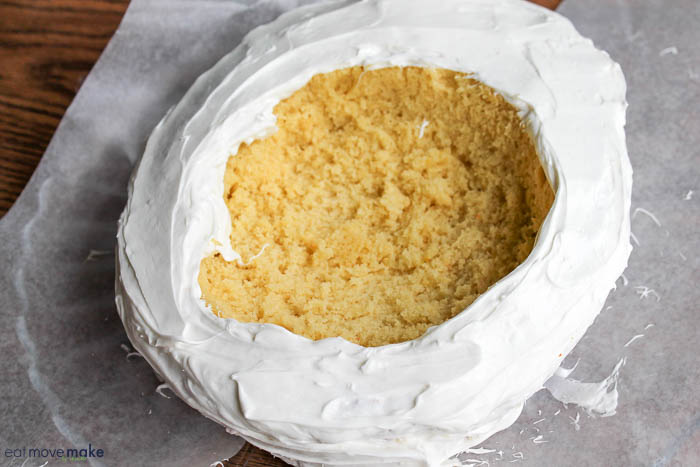 Then mix those scooped out cake crumbs (waste not, want not) into some lemon pudding, and fill the deviled egg cake with it. 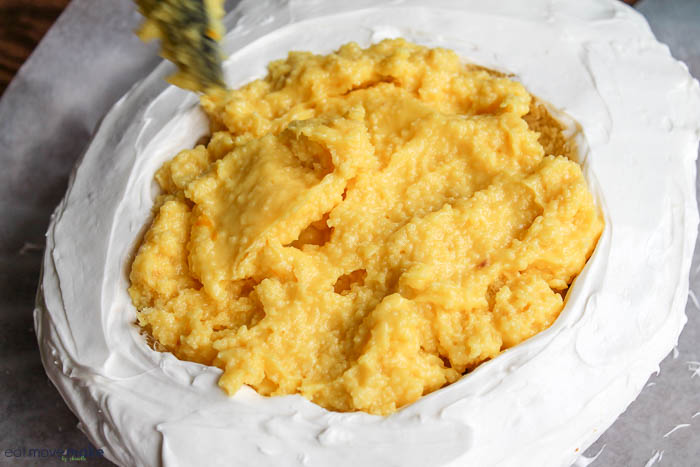 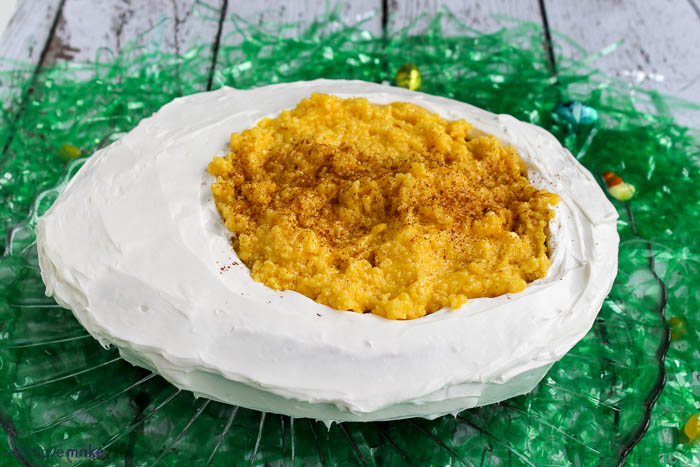 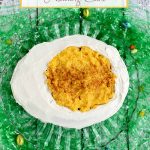 And there you have it – the most ridiculous thing I’ve ever put on my blog, but it’s delicious. And my boyfriend is happy.