As an Amazon Associate and member of other affiliate programs, I earn from qualifying purchases.
350shares

There’s no two ways about it: fruitcake is a food foul. It’s horrendous. I wouldn’t be surprised if the origin of fruitcake could be traced back to the devil himself.

So I made a fruitcake. Ha!

But this is not the gummy brick-shaped lump of clay served by the devil’s kitchen staff. This is an old family recipe that turns the curse of the fruitcake on its bumble, and sets things right in the world again.

Introducing the… Not a Fruitcake Fruitcake. 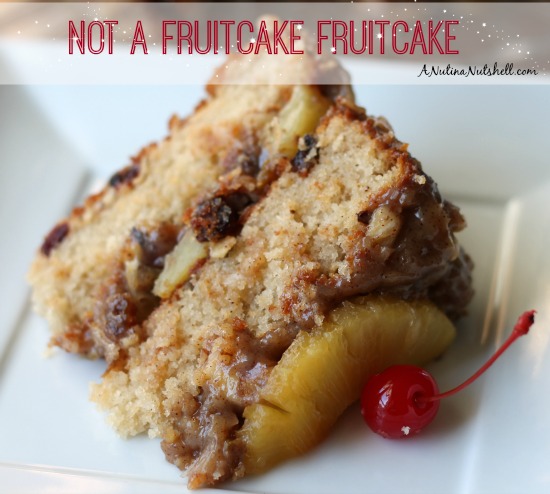 What inspired me is that Harris Teeter (one of my fave grocery stores here) is having a #SeasonsEatings Pin to Win contest on Pinterest, and they’re giving away some awesome prizes including a KitchenAid mixer!

I just felt like getting into the spirit of things by baking a holiday recipe and creating my own Season’s Eatings board on Pinterest.

But first, here’s my recipe for a holiday dessert so good that it’s a shame it has the word fruitcake in its name! 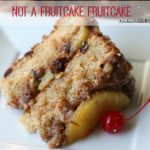 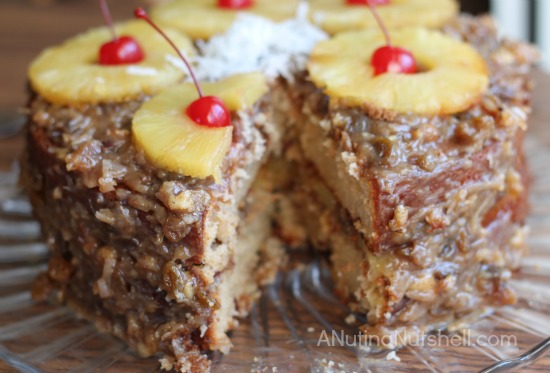 One lucky reader will win a $25 Harris Teeter gift card.

I received a gift card from Harris Teeter to buy recipe ingredients. The gift card featured in this giveaway is also provided by Harris Teeter. I have not been compensated for this post in any other way.

RULES: Giveaway ends 11:59 pm ET, December 15,2013. No purchase necessary. Open to legal residents of the fifty (50) United States and District of Columbia, Eighteen (18) years of age or older. Void where prohibited by law. Three lucky winners will be chosen using random.org. One entry per household and IP address. The number of eligible entries received determines the odds of winning. Cheating will not be tolerated, and entries will be verified for accuracy. I will email the winner and they will have 48 hours to respond to the notification email, or a new winner will be chosen. Entering this giveaway means you are in agreement with this blog’s Terms of Use policy.