As an Amazon Associate and member of other affiliate programs, I earn from qualifying purchases.
4444shares

If you’ve never tried rice pudding, you should! It’s similar in consistency to tapioca, so if you like that, you’ll probably like rice pudding too. It’s also pretty easy to make; if you know how to stir, you’ve pretty much got the whole technique down. 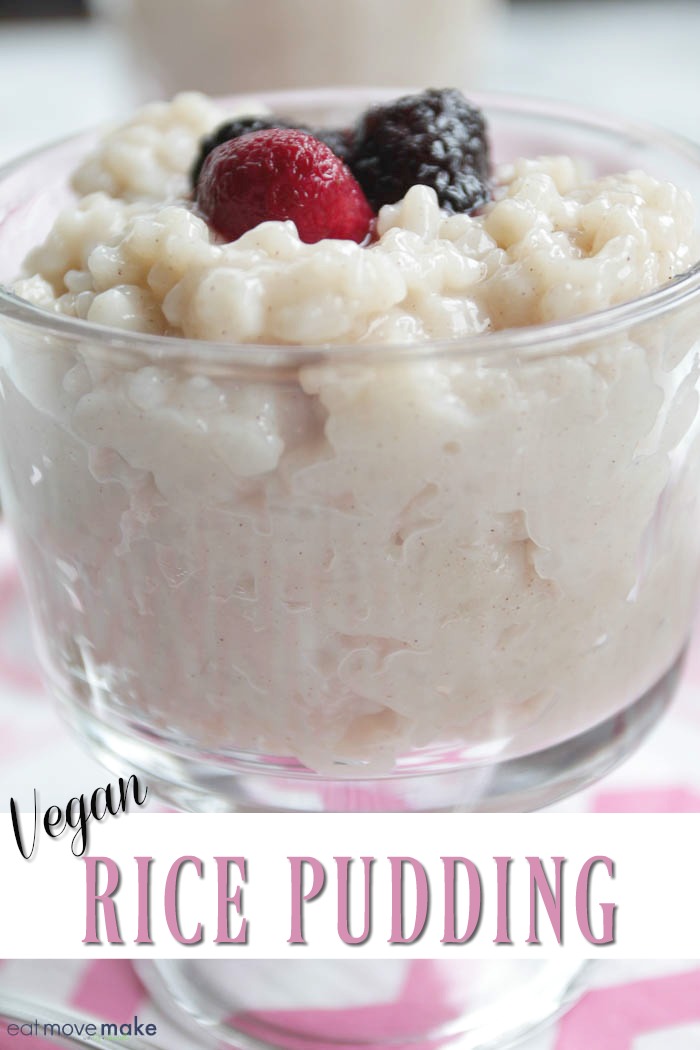 When substituting for dairy, I like to use unsweetened almond milk because it’s so versatile and it doesn’t alter the taste of the final recipe (in my opinion). I’ve been really happy with the light and smooth taste of So Delicious Almondmilk with Cashew. Not only is it dairy-free, it’s also organic, Non-GMO, Soy-free and gluten-free! It’s made with only what’s needed – nothing else, and in the unsweetened version there are only 35 calories per serving! 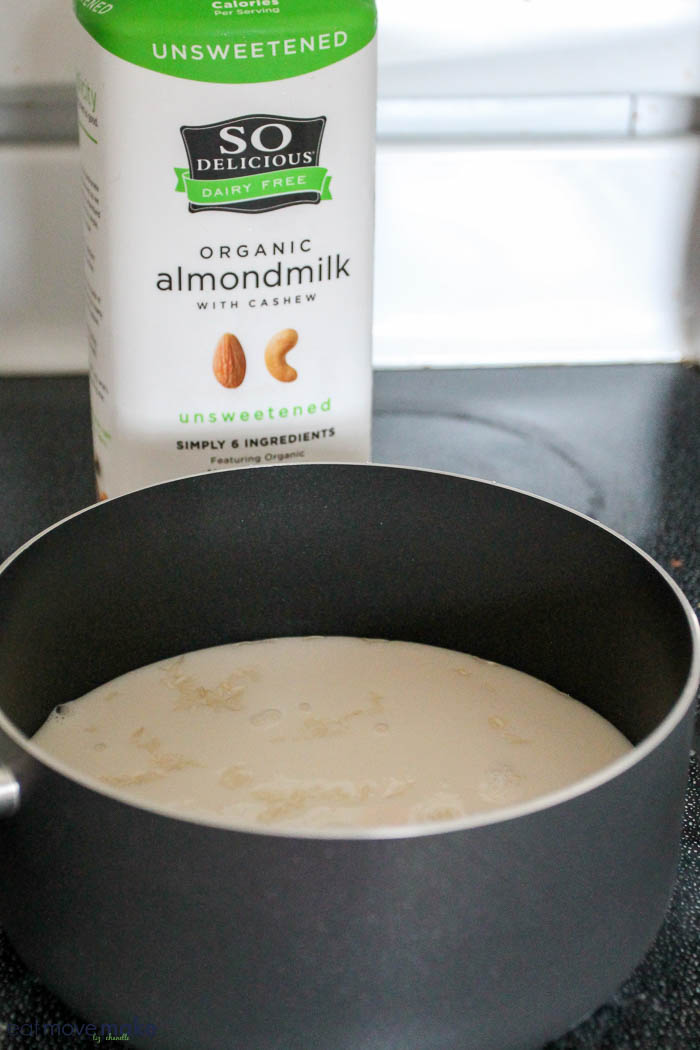 And don’t you just love the bottle? It’s made from at least 80% plants — renewable sugarcane — and it’s recyclable. Pretty cool, huh? It’s just another reason to feel good about So Delicious organic almondmilk. 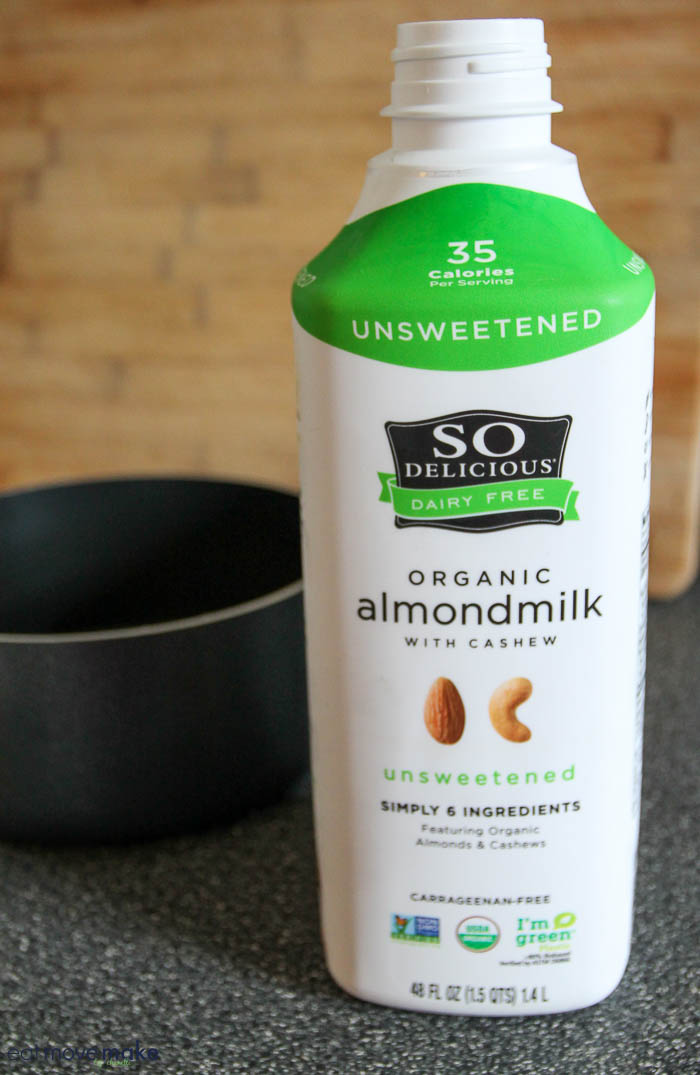 Look for it in the refrigerated dairy section. It’s easy to spot! I also managed to score a $1 Ibotta rebate! Get yours too! 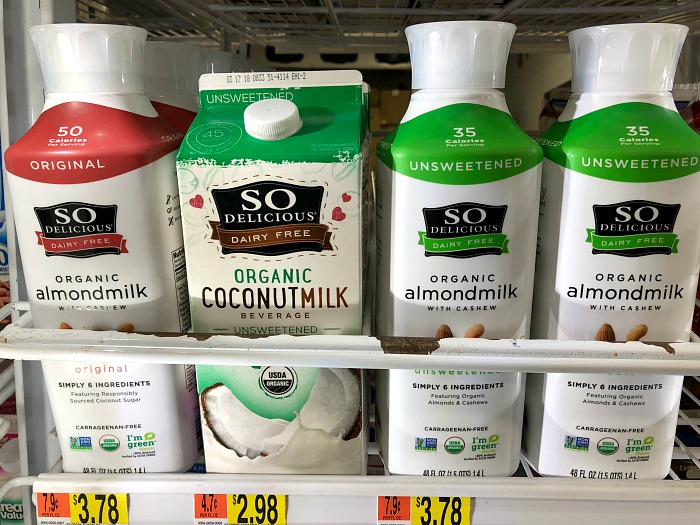 To make the vegan rice pudding, just cook and stir the ingredients on the stovetop. So simple, and So Delicious! 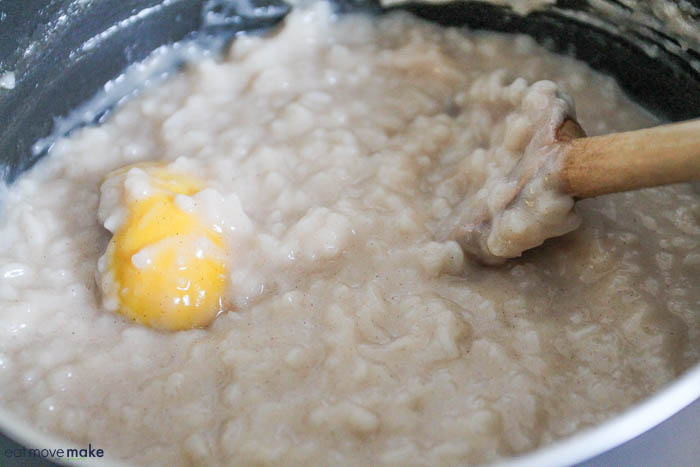 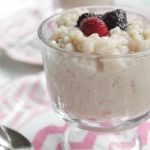 A non-stick saucepan is recommended. If not using a non-stick pan, stirring will need to be more frequent. 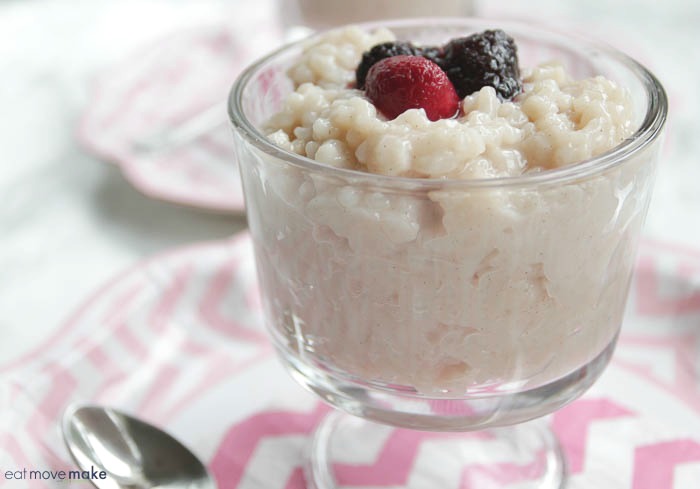