As an Amazon Associate and member of other affiliate programs, I earn from qualifying purchases.
388shares

All of your breakfast favorites come together in this French toast club sandwich, a breakfast sandwich you’ll never forget. Stack up some crispy bacon, sausage, cheese, a fried egg and freshly griddled French Toast. Then drizzle (or douse) the whole thing with maple syrup. It doesn’t get much better than this, folks! 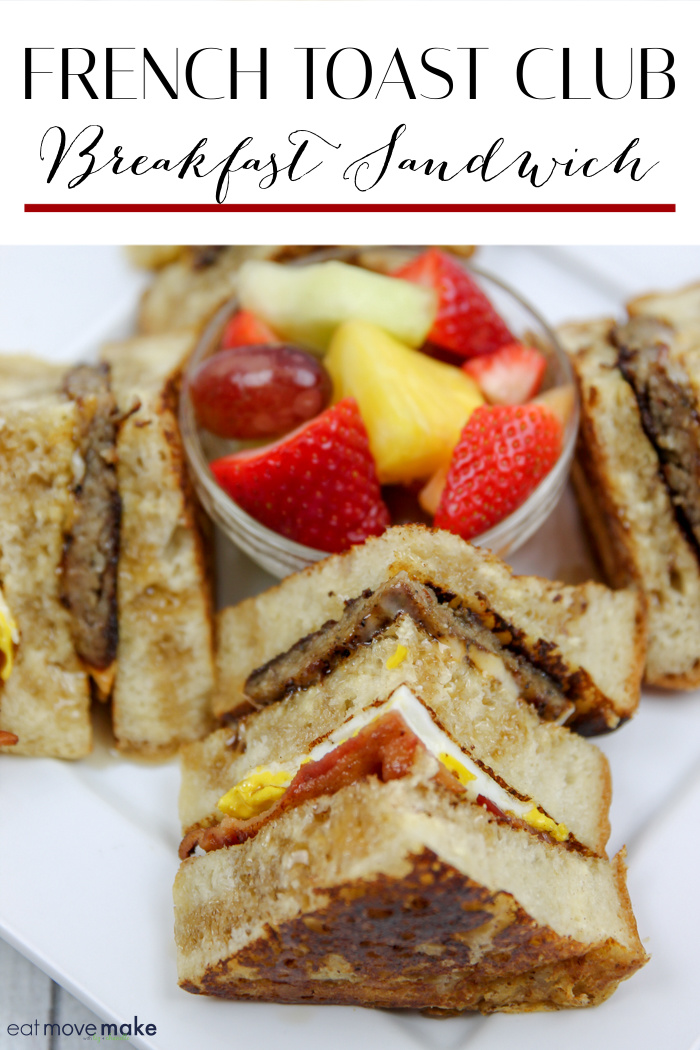 The key is to find a really good bakery bread. Don’t use regular sliced bread… it won’t be the same! I popped into a bakery and found the perfect French loaf which I cut into thick slices. 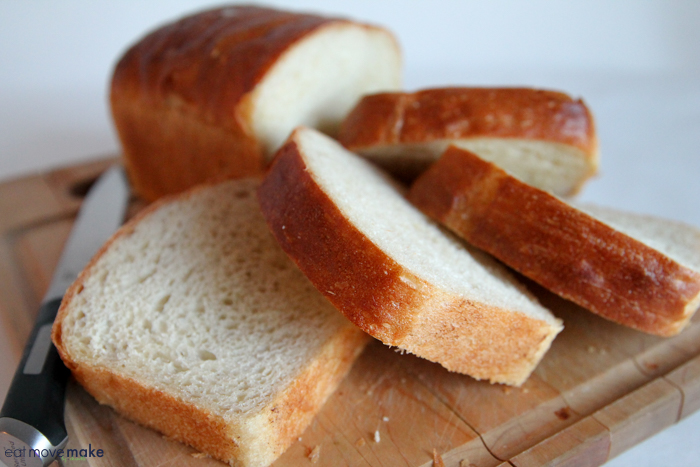 I cooked some sausage patties and bacon on my electric griddle and fried one egg per sandwich. 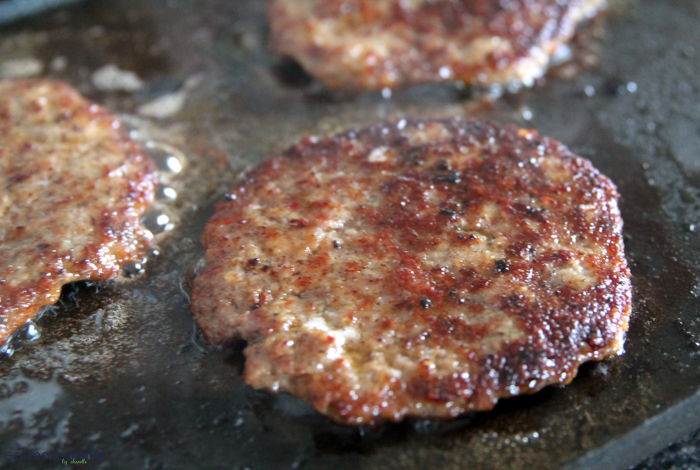 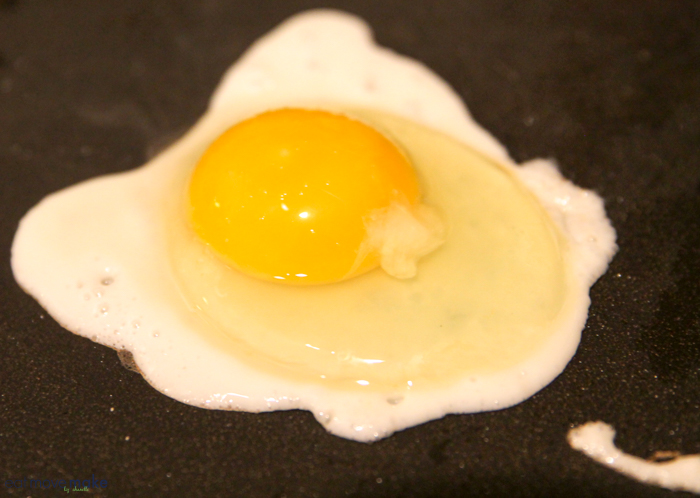 Then I dunked my bread slices into an egg mixture and griddled them until they were a delicious golden brown. 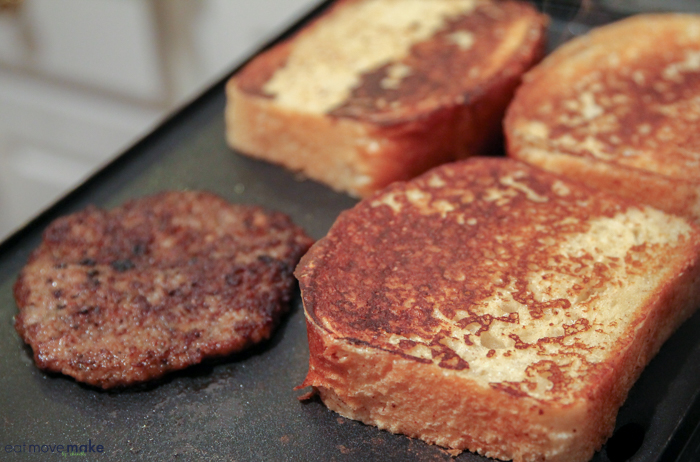 Next, I stacked everything club sandwich-style, secured it with sandwich picks, and cut into fourths from corner to corner. 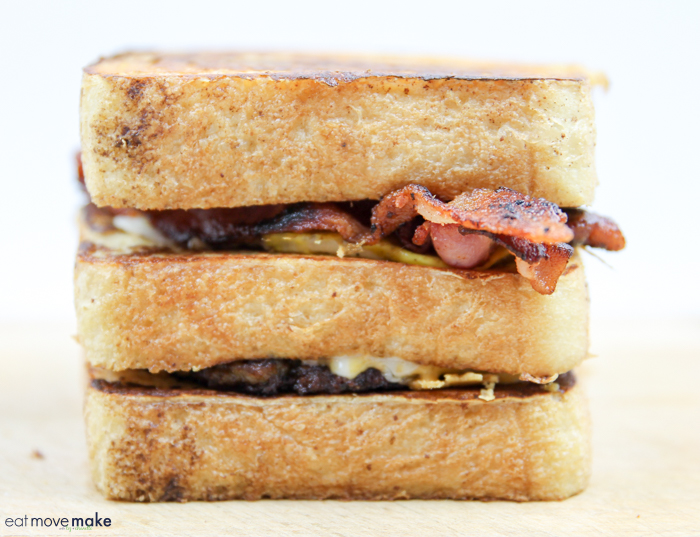 Once on a serving plate, everyone can add as much or as little maple syrup as desired. The sweet and savory combo is to die for! 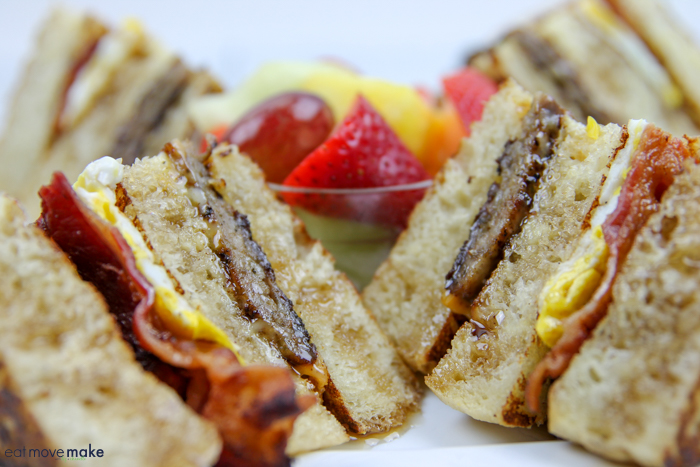 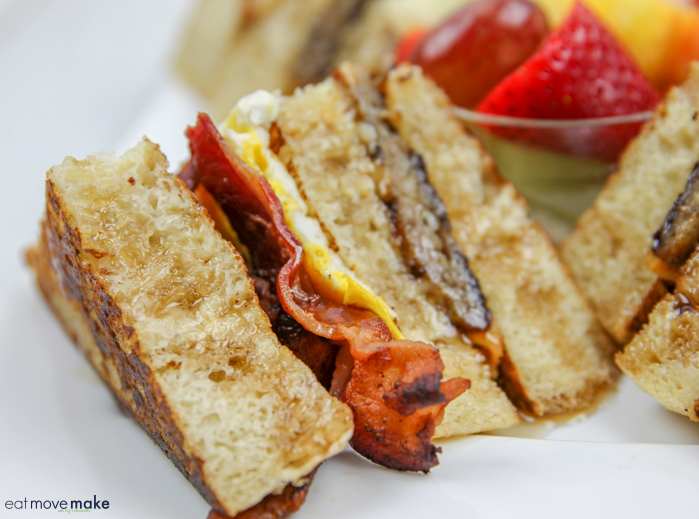 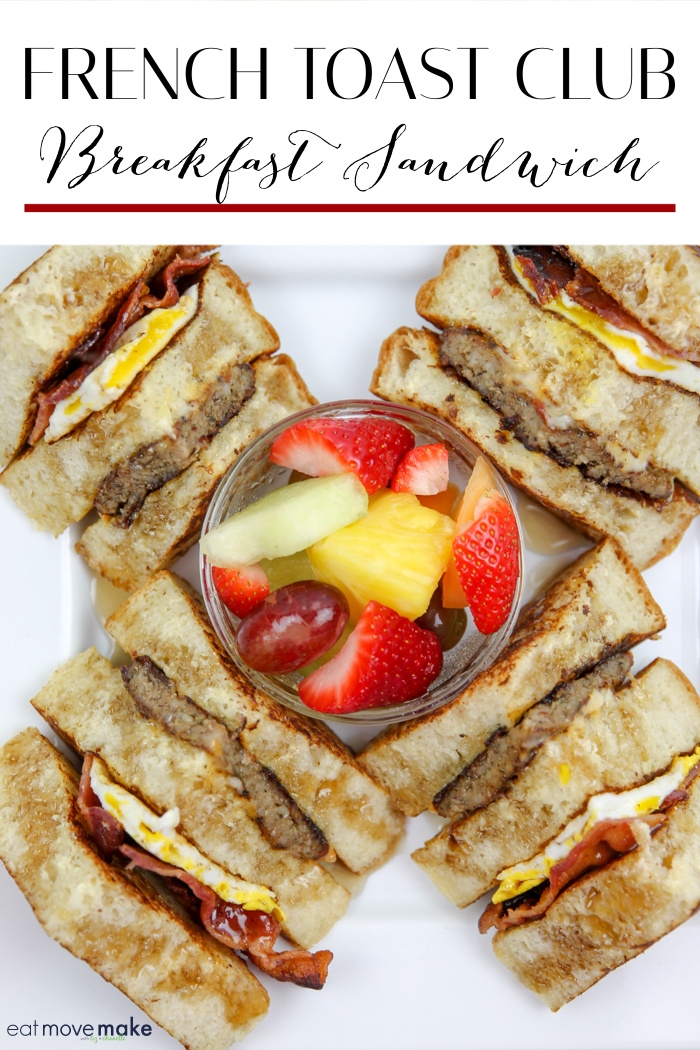 Try my other French Toast recipes too: 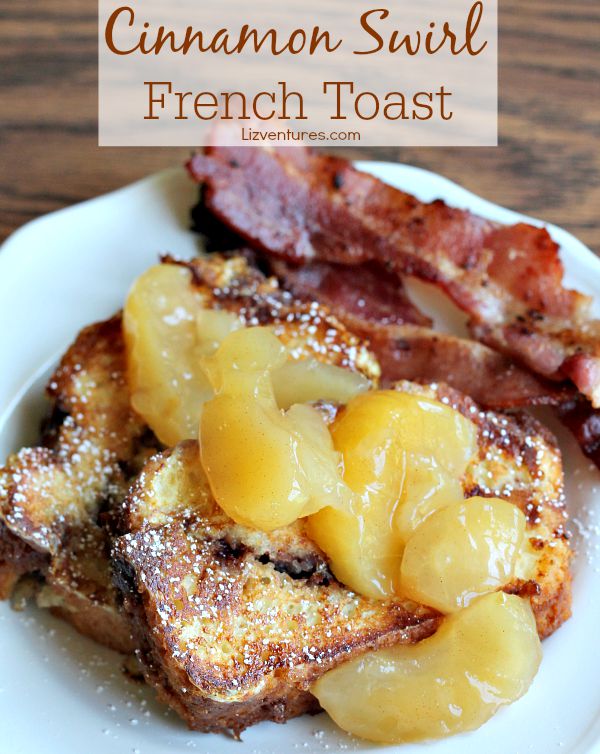 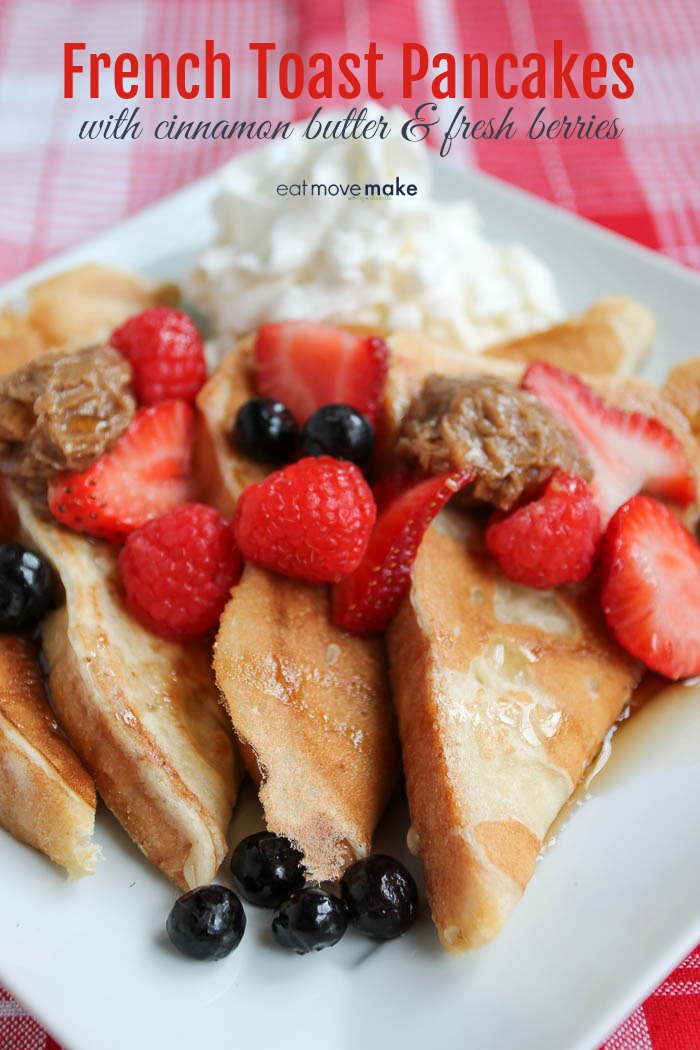 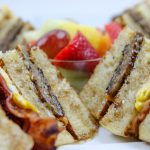 Once the sausage and bacon is ready, I find it easier to focus on making one sandwich at a time, so I griddle three slices of toast and one egg, stack a single sandwich, and then move onto the next one. Then I cut all three stacked sandwiches into fourths and put on a serving platter with a jar of maple syrup.