As an Amazon Associate and member of other affiliate programs, I earn from qualifying purchases.
196shares

This Spicy Spaghetti Pie recipe comes from the new 6 Ingredient Solution cookbook sent to me by America’s Test Kitchen and if you didn’t catch the two most important words there, I’ll say it again: Six Ingredients!

After all, it’s usually a tantalizing photo that inspires me to look closer at a recipe, but if there’s a mile long list of ingredients, nine times out of ten I’m outta there. Not only do I not have the patience, I don’t have the budget to be cooking with a zillion ingredients for a single meal.

Long story short, I love the cookbook. Pretty sure you will too.

Now back to the Spicy Spaghetti Pie recipe…. 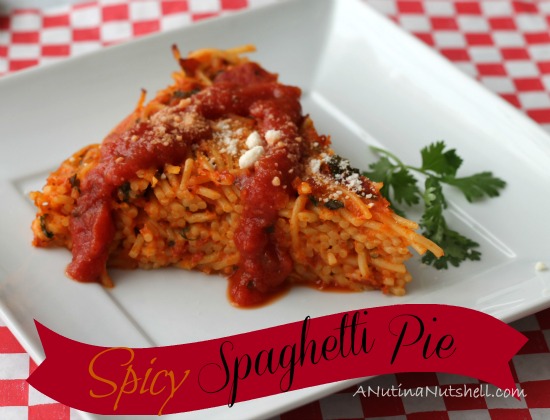 Chop up some pepperoni and then cook until crisp… Mmmm that blends beautifully with the arrabbiata sauce. 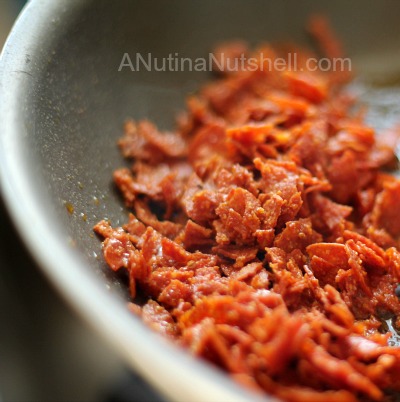 Bring the crispy pepperoni, arrabbiata, Mexican cheese, fresh basil and pasta together in the big ol’ pot and combine. 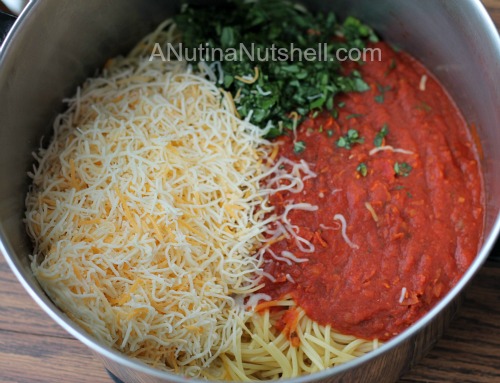 Pour the pasta mixture into a greased pie plate. 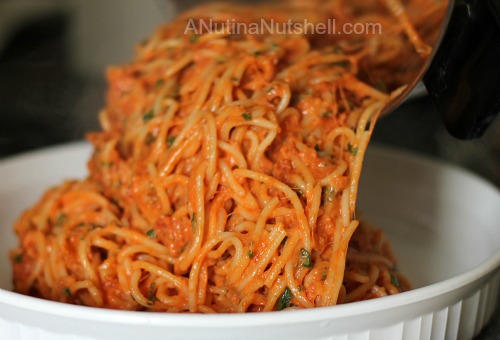 Use a spatula to flatten the surface so that when it’s sliced later,  it will hold together nicely. Bake that pie! 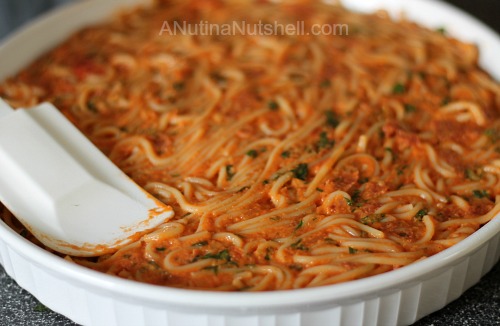 Once out of the oven, sauce up the spaghetti pie, slice and savor! 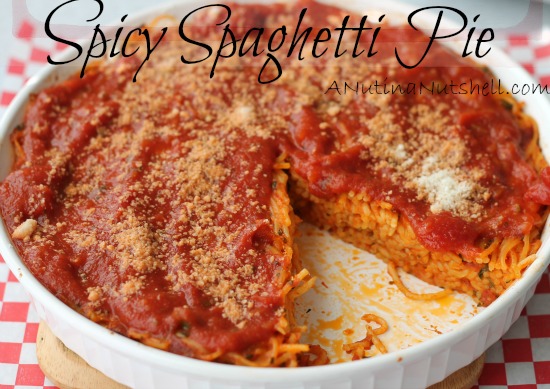 The recipe said it made four servings. Feeling sassy, I sliced mine into eight. Oops, one slice wasn’t enough; I went back for a second…so yeah, the recipe serves four. 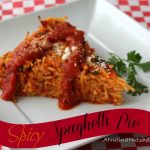 To tone down the spiciness, substitute tomato sauce or your favorite jarred marinara sauce for the arrabbiata.

Note: For those with a preference for the milder side of life, you can absolutely substitute a tomato sauce or your favorite jarred marinara sauce. 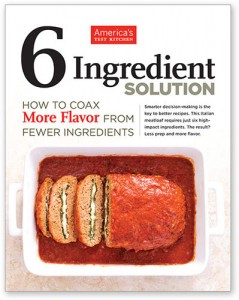 I’m so happy America’s Test Kitchen sent me this cookbook! It was my first recipe made from the pages of 6 Ingredient Solution

, but it definitely won’t be the last. It’s available at Amazon now if you’d like a copy of your own (and who wouldn’t?)