As an Amazon Associate and member of other affiliate programs, I earn from qualifying purchases.
499shares

It’s fresh asparagus season and what better way to celebrate than with a bacon asparagus and spinach frittata recipe. It’s the perfect way to kick off brunch week, don’t you think? 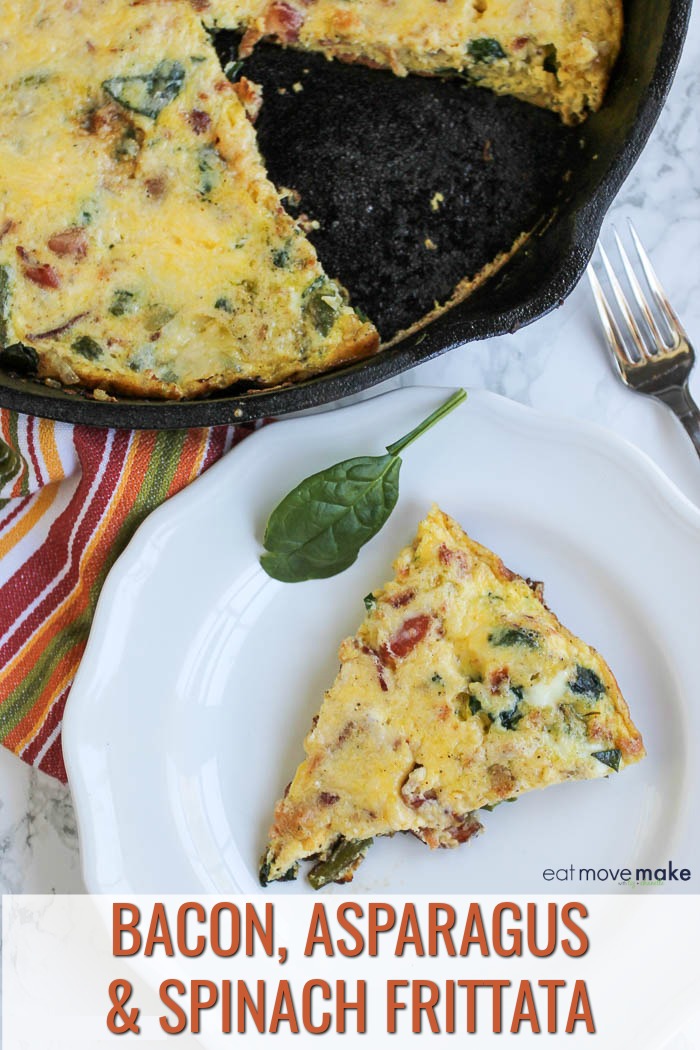 As with most frittatas, I started this one off on the stovetop and finished it in the oven. Use a cast-iron skillet and saute the asparagus. 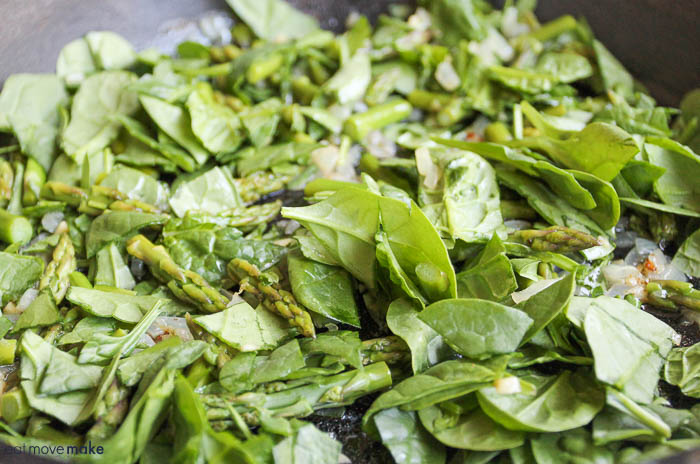 Add some fresh baby spinach and saute until that wilts. It won’t take long! 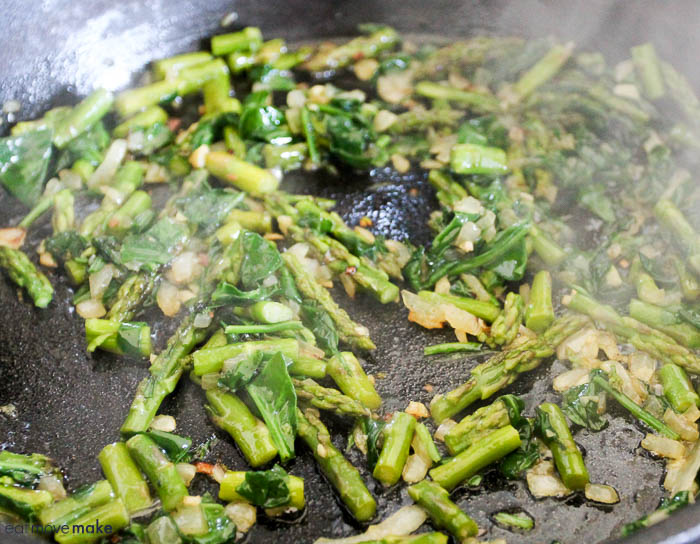 Beat the egg mixture for the filling. Add some Alpine Cheddar cheese! 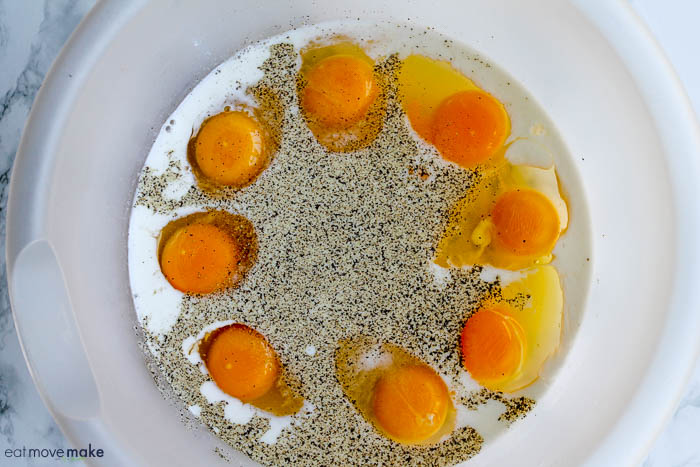 Pour over the top and cook for a few minutes. 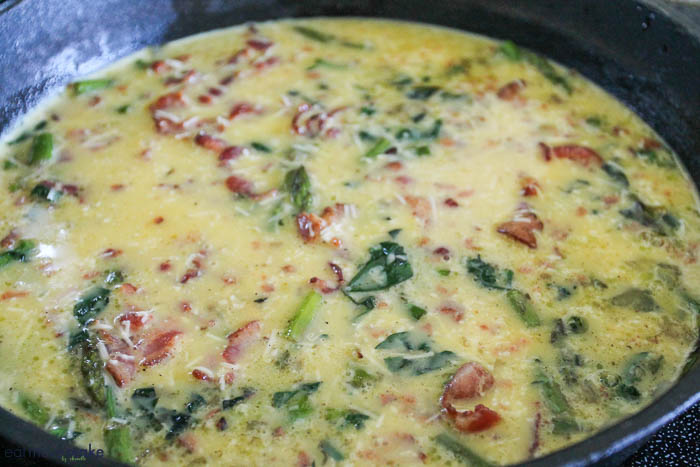 Then bake in the oven and you’ll be rewarded with the most delicious bacon, asparagus and spinach frittata! 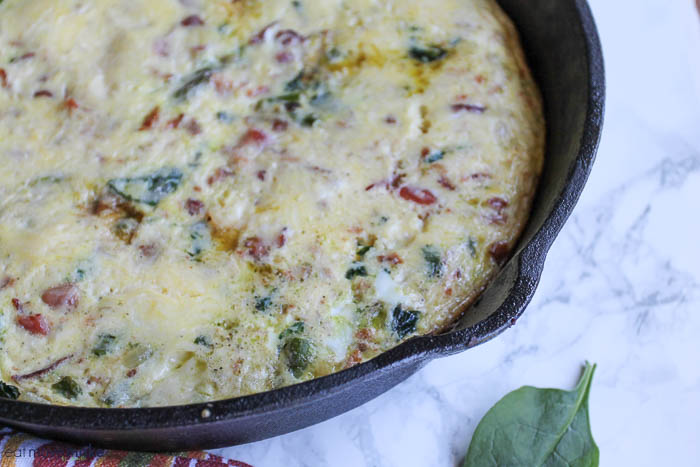 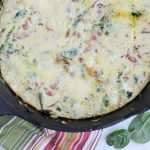 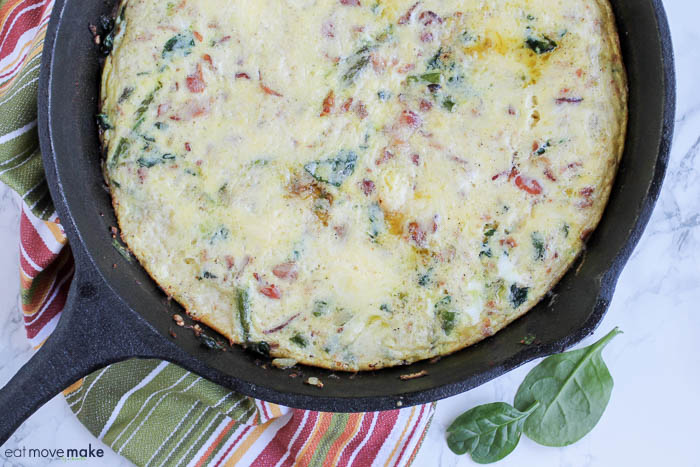